Warm-ups before practice cut down on knee, ankle, and other lower extremity injuries in female high school athletes, a randomized trial showed. 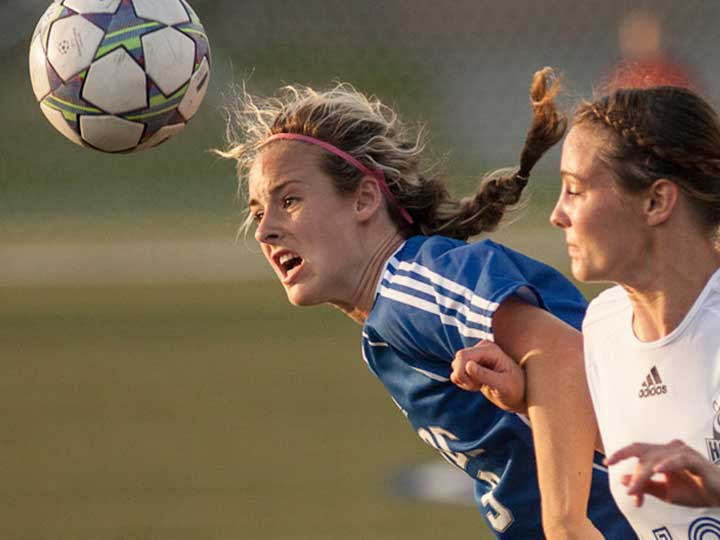 Similar reductions in noncontact ankle and knee sprains and anterior cruciate ligament (ACL) injuries with the prescribed warm-ups compared with standard warm-ups were reported online in the Archives of Pediatrics & Adolescent Medicine.

The number needed to treat to avoid one injury requiring surgery was 189, which would equate to training 16 basketball coaches or 11 soccer coaches, the researchers noted.

The warm-up exercises in the trial focused on neuromuscular training – strength, balance, elasticity, and agility – and taught the girls to avoid a bad knee and hip position that increases ACL injury risk. They also were taught to land jumps with flexed hips and knees to reduce ACL strain.

Many prior studies have shown benefits of a similar neuromuscular intervention in highly-motivated, elite, or suburban athlete populations, M. Alison Brooks MD MPH, and Timothy A. McGuine PhD ATC, of the University of Wisconsin–Madison, noted in an accompanying editorial.

The novel part of LaBella’s study was showing that the warm-up worked for an underserved and disadvantaged group of girls in low-income, mixed-ethnicity, urban communities, Brooks and McGuine wrote.

And the intervention only cost about $80 per coach – which averages out to about $7 per athlete on a basketball team or $4 each on a soccer team over one season – compared with the $100 to $200 per month some commercial programs charge per individual athlete, they noted.

“The inexpensive two-hour training for coaches of an at-risk population is money well spent,” they concluded.

But it only works if you use it, they cautioned, pointing out that about two-thirds of invited coaches didn’t opt in.

The study included 95 head coaches for 111 girls’ soccer and basketball teams (the two sports with the highest injury rates for this group) at Chicago public high schools randomized in clusters to the warm-up intervention or their usual warm-up.

Standard warm-ups were usually either no warm-up at all or telling the girls to jog or warm up by themselves.

The 737 athletes in the intervention group sustained a total of 50 lower extremity injuries, which was significantly less than the 96 seen among the 755 usual care group athletes (1.78 versus 4.19 per 1,000 athlete exposures in practice or competition, P<0.05).

For the individual injury types after adjustment for other factors, the effect of the 20-minute warm-ups compared with usual care on noncontact injuries was:

All lower-extremity injuries that required surgery were ACL injuries in the control group (0.17 per 1,000 athlete exposures versus none, P=0.04).

LaBella’s group noted that these results reflected voluntary participation by coaches who were likely more motivated to use the prescribed warm-up and may have believed the intervention would work.

Even so, most intervention-group coaches didn’t use all the prescribed exercises or do warm-ups at all practices, which may have underestimated the protective effect, the researchers noted.

Also, longer-term adherence over multiple seasons remains to be seen, they pointed out.

Another limitation was that the lack of athletic trainers and likelihood that at least some of the girls lacked a medical home or health insurance meant some injuries were likely at least misclassified.