Undergraduate students at Rice University have come up with what they hope will prove to be a better and safer version of cervical collars to stabilize the heads and necks of accident victims. Cervical collars have been in common use since their introduction during the Vietnam War. 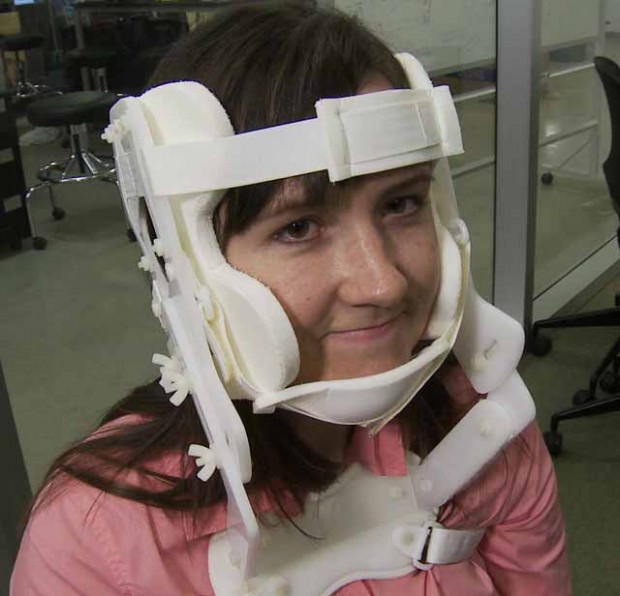 Rice University bioengineering student Kelsey Horter wears the HeadCase, an adjustable cervical collar for emergency use. Members of the student team that developed the device believe it outperforms standard cervical collars in its ability to immobilize the head and neck of a patient. Rice University

The Rice seniors, known as Team CivSAFE, took on the challenge of a Houston researcher, an expert in spine mechanics, to develop safe and effective cervical spine protection for trauma victims.

An undergraduate team of three mechanical engineering students and three biomedical engineering students have redesigned the common cervical collar to provide better stabilization for the head and neck of accident victims. The inspiration for the HeadCase cervical collar came from Dr. John Hipp a former director of the Spine Research Laboratory at Baylor College of Medicine.

Dr. Hipp and his colleagues published a paper in 2010 in the Journal of Trauma and Acute Care Surgery reporting abnormal separation between vertebrae in cervical collar users. The HeadCase collar aims to prevent this separation by providing a greater degree of immobilization. Where existing collars are wrapped around the neck, the HeadCase provides support to the cheeks, chest and top of the back.

A provisional patent has been filed for the device, which is currently being evaluated using accelerometers to quantify the degree of immobility it provides. The disposable HeadCase won’t hit the market for some time yet, however the team expects it to cost less than $15, a typical cost of existing cervical collars of which 15 million are used each year in the U.S. alone. 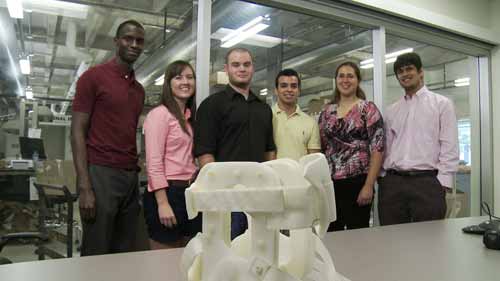 Lateral wedge insoles not associated with improvement of knee pain in oste...
Universal health coverage can best be achieved by public systems
Ikea is hacking its own furniture for people with disabilities
Vibration therapy improves mobility and strength in young people with cere...
Inclusive design benefits everyone, not just people with disabilities
Osteoarthritis: Realigning bad knees may prompt the body to generate carti...