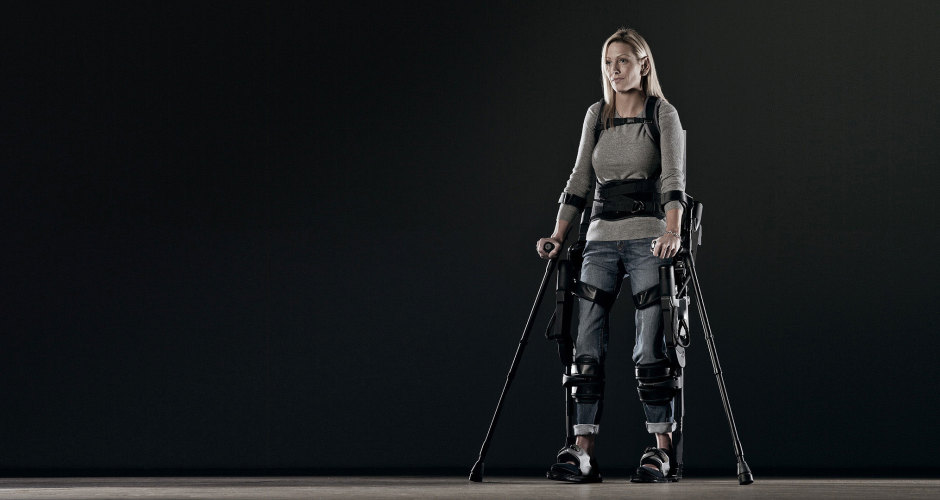 Six-time Olympic champion and former University of Arizona swimmer Amy Van Dyken-Rouen, who was paralyzed from the waist down last year, is walking with the help of a “wearable robot.”

Van Dyken-Rouen, 42, uses robotics from a California-based company called Ekso Bionics to assist her in walking during her physical therapy sessions.

Standing upright and walking with the help of the Ekso exoskeleton suit provides health benefits to people like Van Dyken-Rouen who have paraplegia, as it helps with bladder function, as well as muscle and bone strength.

Muscle wasting and gastrointestinal problems often arise, as a result of constantly sitting in a wheelchair.

The technology Van Dyken-Rouen is using is different from the modular prosthetic limbs being developed by former University of Arizona chief resident Dr. Albert Chi at the Johns Hopkins Applied Physics Laboratory. Chi’s robotics are for upper limbs only, are controlled via eye movement and are capable of motor and sensory function.

The wearable Ekso technology is a nearly 50-pound assistive suit with battery-powered motors that drive the legs, replacing deficient neuromuscular function. Walking is achieved by the user’s weight shifts to activate sensors in the device that initiate steps under a physical therapist’s supervision.

See photos and video of Van Dyken-Rouen’s rehabilitation from a spinal cord injury, including video of her using the Ekso exoskeleton. Visit her on Instagram

Van Dyken-Rouen wears the Ekso exoskeleton once a week during her Wednesday physical therapy sessions, her spokeswoman Stacy Volhein wrote in an email.

Ekso Bionics® Unveils the Next Generation Exoskeleton for Neurorehabilitation in GlobeNewswire