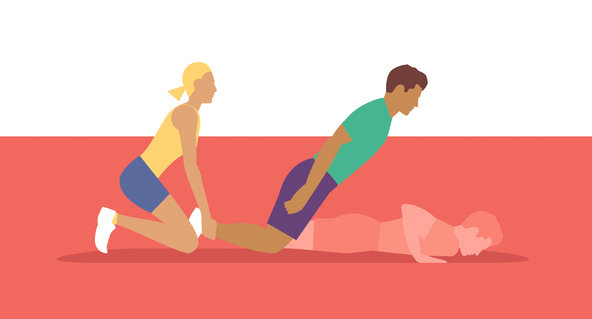 Talent and tactics aside, the 2014 World Cup could be won or lost by hamstrings, those long, stringy muscles and tendons that run along the backs of the thigh from the hip to the knee.

The most common injury in soccer, hamstring strains and tears democratically strike high-school players, adult-league hobbyists and such luminaries as Argentina’s Lionel Messi and Spain’s Diego Costa. Anyone, in fact, participating in a sport involving high-speed striding — whether track and field, football, ultimate Frisbee, basketball, dance, baseball, marathons or even brisk walking — is at risk of a hamstring injury. The hamstrings decelerate the leg as it swings forward. So, near the end of each running stride, especially during sprints, they are under considerable strain, and if insufficiently strong, may rip.

Enter the Nordic hamstring exercise. According to at least half a dozen recent studies, almost two-thirds of hamstring injuries might be prevented by practicing its simple steps: After warming up, kneel on the ground, with a spotter securing your ankles. Then, as slowly and smoothly as possible, lean forward so that your chest approaches the ground. Use your hamstrings to put the brakes on your forward momentum until you can no longer resist gravity. Put out your arms at that point to stop your fall. Allow your chest to touch the ground, then push yourself upright to repeat the exercise.

The Nordic exercise works, the study researchers conclude, because of its eccentricity. Eccentric muscle contractions occur when a muscle extends as it contracts. Lower a weight during a biceps curl, for instance, and your forearm muscles lengthen at the same time as they clench. Raise that same weight upward, and the contractions become concentric, shortening as they contract. In general, eccentric contractions result in more force moving through the muscle than occurs during concentric ones. If you run hills, it’s the downhill portion of the workout that leaves your muscles twinging the next day, not the ascents. But, once those muscles heal, usually within a few days, they become stronger than before. Eccentric exercises also seem to spark changes in the nervous system that result in improved coordination between brain and muscles.

Some physical therapists have expressed concern that the Nordic exercise, if practiced without adequate healing time between sessions, could weaken tissue and lead to a hamstring tear. But researchers at the Sports Orthopedic Research Center in Copenhagen, who led the 2011 study, documented no related injuries. It is important, though, to ease in, said Dr. Jesper Petersen, the study’s lead author. One weekly session is plenty at first; you might easily complete it during the United States vs. Ghana halftime break.