Neurological disorders often cause increased muscle tone — too much tightness — in muscles of the arms and legs. Spasticity results from significantly increased muscle tone, limiting movement and joint mobility. Cerebral palsy — a neurological disorder that develops in childhood — causes spasticity for many people with the disorder, and passive stretching is a technique used to reduce the muscle tightness. 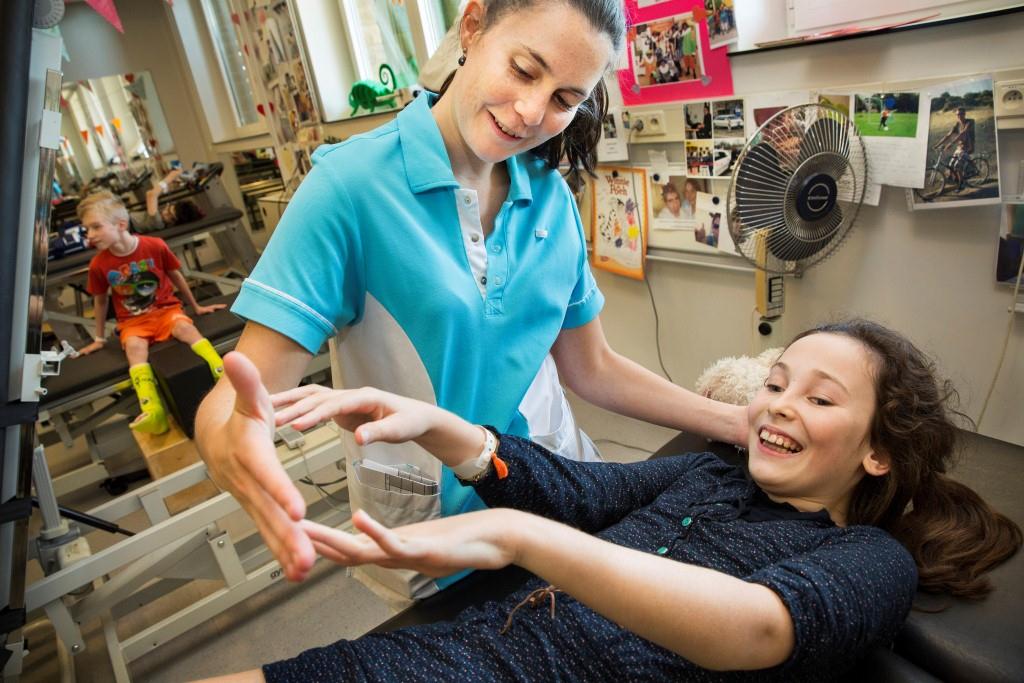 One way to reduce the muscle tone is to inject botuline toxine, better known as botox, in the children’s muscles. This enables the physiotherapist to stretch and intensively train the muscles. Molenaers: “One advantage of a child’s brain and nervous system is that it’s elastic to some extent.  Dieter Telemans photo, Children’s Rehabilitation Department of UZ Leuven Pellenberg

Spastic CP is characterized by tight muscles, causing decreased range of motion and limited joint mobility. Spasticity typically affects the calf muscle, pulling the toes down toward the floor and lifting the heel off the ground. In the thighs, spasticity affects the adductor muscles — muscles on the inside of the thigh that bring the legs toward each other.

This leads to a scissoring gait, with 1 foot crossing in front of the other with each step. In the arm, excessive muscle tightness affects the muscles that bend the fingers, wrist and elbow, drawing the arm in toward the body. Arm spasticity significantly affects a person’s ability to care for himself, as well as other daily tasks. 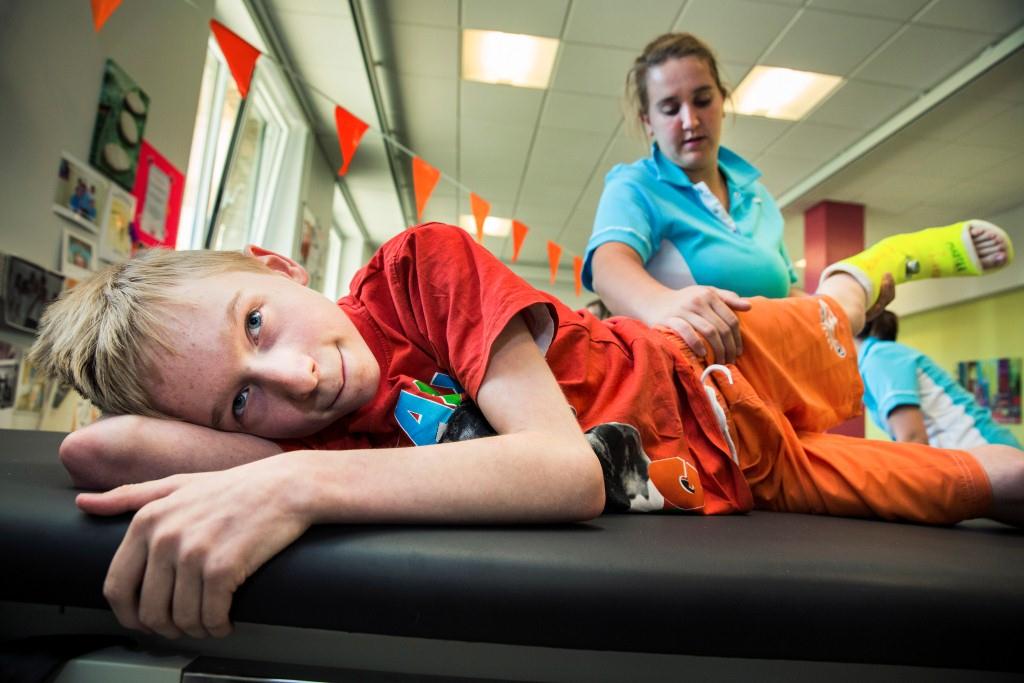 Passive stretching uses an external force to stretch muscles that are tight. Physical therapists frequently use passive stretching to treat people with spastic CP. The muscles are stretched by placing the joint in the opposite position of the tightness. For example, a tight calf pulls the toes down toward the floor. To stretch this muscle, the foot is gently pressed up, bringing the toes toward the person’s head. This position is held for approximately 30 seconds and repeated several times.

Passive stretching should not be painful — overstretching can lead to muscle damage. Passive stretching can also be done using splints to hold the affected body part in a stretched position. For example, a knee-ankle-foot orthosis can be worn to hold the knee straight and the ankle bent to approximately 90 degrees. These splints are worn during rest periods or at night because they significantly limit movements.

According to Physical Medicine & Rehabilitation Clinics of North America, passive stretching alone is not effective for long-term improvement in muscle length for children with CP. Although passive stretching continues to be a common, longstanding component of physical therapy programs, research has failed to prove its long-term effectiveness.

A study published in Journal of Applied Physiology in August 2011 examined the effectiveness of passive stretching combined with active exercise as a treatment for children with CP. The results indicated this combination was effective for reducing muscle stiffness in the calf muscles of the participants.

According to a 2011 article in BMC Pediatrics, it is considered to be general knowledge that splints are effective for reducing muscle tightness caused by CP. For example, it is assumed a knee-ankle-foot orthosis will decrease tightness in the calf muscle when worn for 6 or more hours per day. However, there is limited evidence in the research to support this belief.

Despite the lack of scientific evidence, physical therapists frequently use passive stretching as part of the treatment plan for children with CP. Passive stretching decreases muscle tightness, making it easier to put on orthotics before gait training. Children also report improved comfort with passive stretching because it temporarily reduces tightness.