The breakthrough hinged design is made to be more accessible to everyone.

In 2008, then-Nike CEO Mark Parker learned that the company’s first employee had suffered a stroke and lost the use of one hand. So Parker put one of his top designers, Tobie Hatfield, onto making a shoe that required limited dexterity. By 2015, that prototype—a gift to a single employee—evolved into Flyease. It was a shoe technology that anyone could buy and put on one-handed, because it could be zipped on and velcroed shut.

Six years later, Nike is taking Flyease to its next stage with the Flyease Go, which will premiere in a gradual rollout this year for $120.

“It’s our first hands-free shoe,” says Hatfield. And while Go is made for people who have difficulty tying their laces—that could be anyone from a pregnant woman in her third trimester to an older adult with arthritic hands—Nike believes its lace-less design will resonate with anyone who’d like to slip into their shoes with more ease. 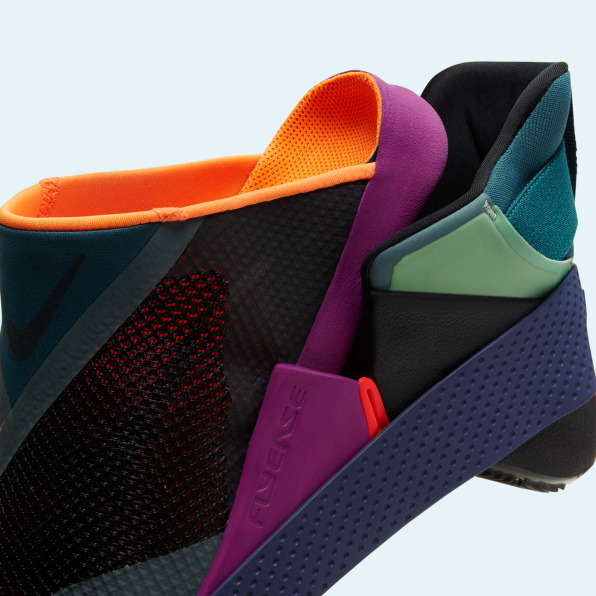 Sliding a pair of Flyease Gos onto my own feet, I’m prone to agree. The Go is an example of universal design (or what some might call inclusive design) at its finest. While I’m able to tie my own shoes, this innovation, made for people who cannot, is still a great benefit to me. My first thought, as the shoe envelopes my foot is, “this is the ultimate COVID footwear.” It’s the perfect pairing for my black sweats. How does it work? The Flyease Go is a single shoe with the heart of two shoes inside. “Honestly, we reinvented the mechanics of the shoe,” says Chief Design Officer John Hoke.

When the Flyease Go is waiting for your foot, it’s a neoprene-like clog, tilted at around 30 degrees. That tilt is thanks to a patent-pending bistable hinge that’s part of the shoe’s outsole (or a hinge that toggles between two different positions). When the shoe sits at your door, its hinge props that clog up for you to easily slide into it.

But once you step into the shoe, the hinge automatically snaps shut, and so the shoe grasps onto your foot with a suctioning slurp (it actually makes a little vacuum “fwump” sound)—like a trap made out of elastomers and performance foam. The casual clog is instantly upgraded to a cushioned sneaker with superb heel support.

Wearing it, you don’t feel a crack beneath your foot, because the hinge lives underneath a smooth footbed. And the weight of your body isn’t necessary to keep the hinge in place as you walk, though it’s further held together by a stretchy, tensioner band that wraps around the shoe’s circumference to hold it in place like a big hair tie.

Then, to remove the shoe, Nike played off the gesture we all make instinctively: Scraping your toe on your opposite heel. Go shoes feature an extra back platform dubbed the “kickstand heel” specifically to make doffing the shoe easier and hands-free. And as you slip off the shoe, it’s automatically unhinged back into the ready position. In actual practice, the maneuver takes one or two tries to master, but once you do, it’s mindless. So you literally never need to bend over or use your hands to take these shoes on or off.

With the shoes on my feet, I’m shocked at how comfortable they are. I take them off and put them on, again and again. Each time, that little UX moment, in which the shoe engulfs my foot, is a pleasant surprise. Part of my mind is sure it won’t work, and when it does, the sensation is pure, pillowy joy. 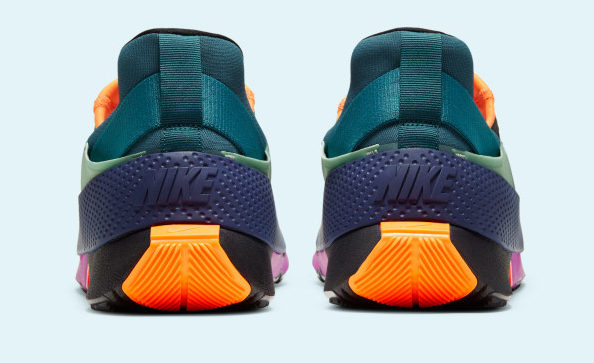 But what happens if I jump? I nervously take a hop. Things feel OK. So then I leap into the air. The shoes are still stable. And since there’s several inches of snow outside, I sprint through my house, stopping on a dime like I’m playing basketball. The shoes hold up in short testing. I never notice the hinge coming undone (though I do wonder about its durability over time, since it relies on a millimeter or so of material to pivot). If anything, it’s the stretchy, neoprene-like upper that limits my movements, because it doesn’t lock my foot down quite as tightly as I’d want for a true running or basketball shoe.

Perhaps it’s this reason that Hatfield dubs the Flyease Go an “everyday performance lifestyle shoe.” The descriptor is a mouthful, but it’s apt. The Go seems like a great option to slip on and go for a quick walk.

Nike won’t commit to whether Go technology will come to dedicated basketball, running, and other shoes at this time, though no one shuts down the possibility either. And the design team’s excitement for the tech seems too contagious for Nike to relegate it to casual daywear. However, the most notable part of Flyease Go is that it’s not just a shoe, but a portrait of the shifting mentality at Nike in how the company pursues breakthroughs in design. 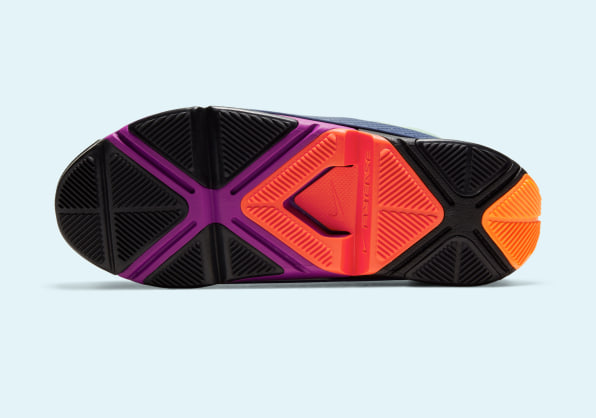 “We often listen to the extreme athletes to bring us these benefits. We’ve looked at Lebron as an extreme athlete. If we can design for him, we can solve for the high school basketball player,” says Sarah Reinertsen, the Senior Director of Nike Ease. “What I love about this shoe in particular is we listened to the extreme needs of [people with specific limitations]. But with this solution we feel like it’s a universal proposition.”

In other words, rather than simply designing shoes for athletic gods first, Nike is now also designing for people with special needs first. In both cases, Nike’s innovations can benefit the mainstream consumer, but it’s the latter option that brings more people along for the ride.

“We talk a lot about universal design and what universal design does when it creates an invitation for every and any athlete,” says Hoke. “And when we solve that problem really, really, well—like I think the Nike Go does—it creates universal appeal. It’s not going to be bound by one unique audience. It welcomes any audience because it’s so clever.”

Also see
Nike’s hands-free shoe proves that iniversal design leads to better products for everyone Fast Company
The Evolution of Nike FlyEase Nike
This is Nike GO FlyEase Nike
Why won’t Nike use the word disabled to promote the Go FlyEase shoe? Slate
A Media Guide for Nondisabled People Talking About Innovations for Disabled People crippledscholar