The Smart-Drive MX2 is an electric drive unit designed to attach to an ordinary wheelchair and give a much needed boost whenever it’s needed. The unit has an anti-rollback feature, so that if you stop midway up a hill, the unit can get you going again without the threat of slipping backward. Max Mobility

Even though fully-electric wheelchairs can do amazing things these days, like go off-road or climb stairs, they are still often too large and cumbersome for the average wheelchair user. The Smart-Drive MX2 provides a versatile alternative – it’s an electric drive designed to attach to an ordinary wheelchair and give a boost up hills, over difficult surfaces, or whenever it’s needed. The MX2, which received FDA approval in August, is a lighter, simple version of the original model – the MX1. It features push to go and tap to stop functionality, so when attached to a chair it automatically engages when going forward and stops when the brake is tapped. In this way, if the user wishes to go slowly, they push the chair wheels slowly. To go fast, just push fast; the SmartDrive maintains the speed of the chair based on the last speed set. The chair’s pushrims are used to turn while being pushed along by the unit, similar to the way they would be used to turn while going downhill. 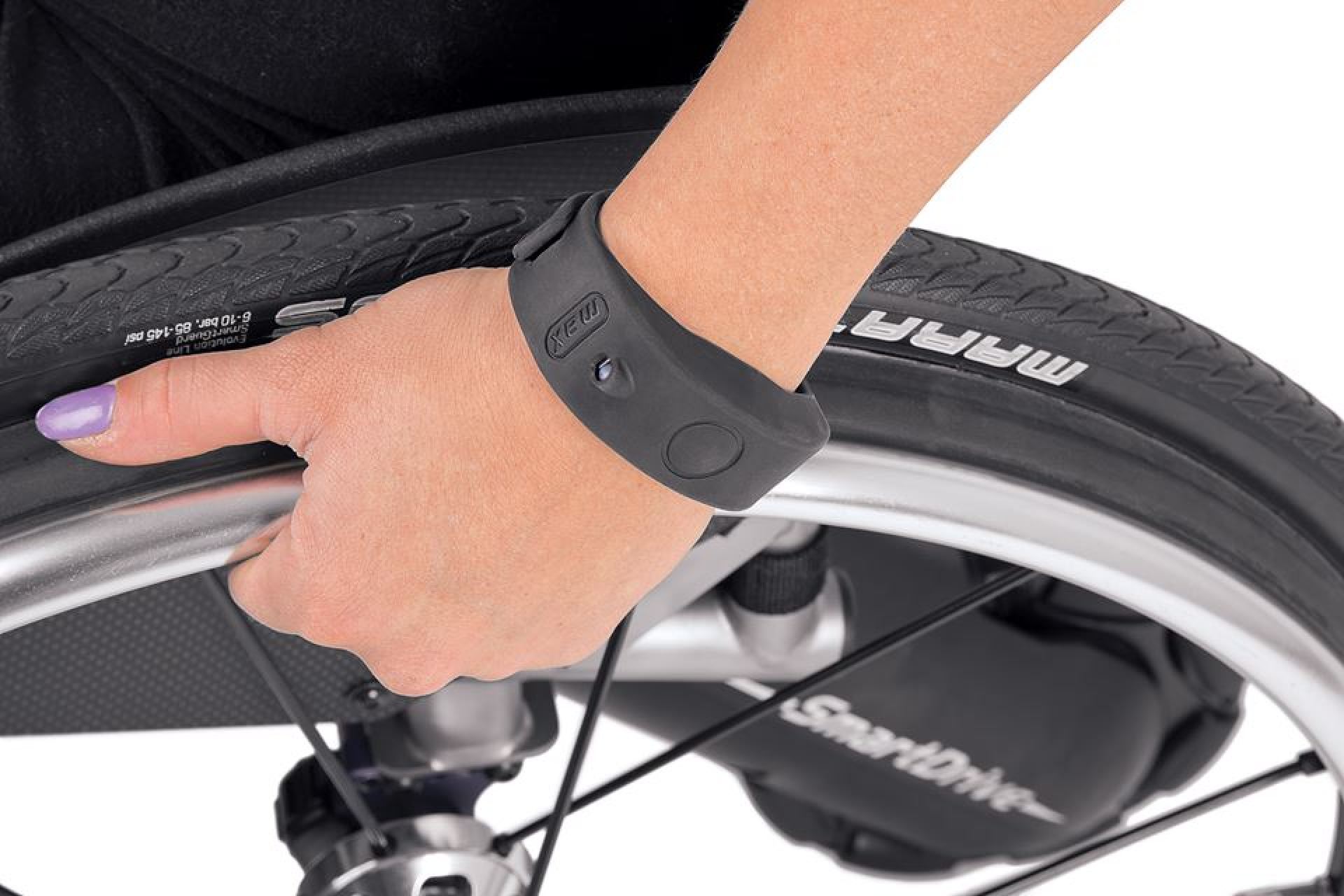 Weighing in at around 12.5 lb (5.7 kg), the unit also has Bluetooth LE Drive Control to allow access from a smartphone for things like fitness tracking apps. Perhaps not as lightweight when combined with a standard chair as super-lightweight chairs like the Zinger, the unit is still very manageable – not much more than a heavy laptop and a couple of books, really.

Power is produced from a 250W brushless DC motorcombined with a LiFePO4 36 V, 3.4 Ah battery, for a claimed 12 mile (19 km) average range. The MX2 also has an anti-rollback feature, so that if you stopmidway up a hill, the unit can get you going again without the threat ofslipping backward.

According to its creators, the SmartDrive MX2 is easy to install and compatible with most rigid and folding chair wheelchairstyles, and it doesn’t interfere with things like spinning on thespot, popping a wheelie, or launching off curbs.

The company doesn’t list an official price for the Smart-Drive MX2, but expect to pay around the US$6000 mark.

The short video below shows the Smart-Drive MX2 in action.