Pectus carinatum is reported to occur less commonly than Pectus excavatum. However, this may be associated with disorders including heart disease, scoliosis, kyphosis and musculoskeletal defects. There can be asymmetry of the chest with one side more prominent than the other. As with Pectus excavatum, there is no specific blood test, but radiological assessment (x-rays) may help assess the severity of the Pectus carinatum and identify other associated problems such as scoliosis of the spine. The most useful radiological test is a Chest CT scan which allows a more sensitive assessment of the Pectus carinatum, particularly its severity and should be considered if surgical correction is considered. MRI is an excellent alternative investigation that avoids radiation. 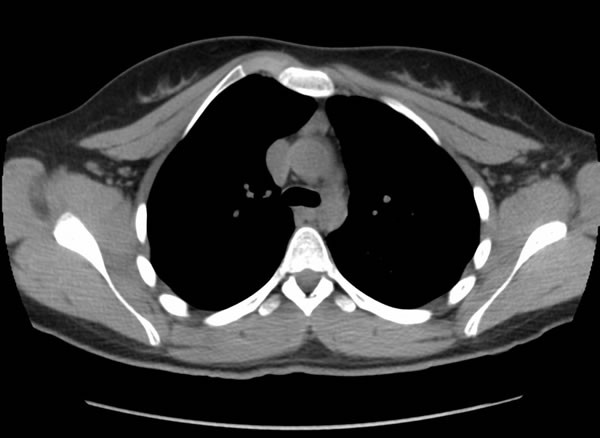 The cause of Pectus carinatum is not known. This deformity occurs in approximately 1 out of 1500 children, often runs in families, and is seen more commonly in males than females.

The deformity presents later in childhood than Pectus excavatum and becomes more severe as the child grows. Some children with Pectus carinatum report that they have chest pain and shortness of breath or limited stamina with exercise. Other children have no symptoms. Surgery may not alleviate chest pain.

Bracing of Pectus carinatum is the preferred treatment for many patients.

In all but the most severe cases, surgical risk has been supplanted by less invasive, external bracing methods.

Front and back views of UCSF Pectus brace

Children can be braced in childhood through adolescence with good results. The brace must be worn throughout the day and night to be most effective and often for a period of many months to more than a year. Younger children often respond faster that teenagers but must be followed for recurrence during puberty. Children undergoing external chest wall bracing will be followed by both the orthotist and the pediatric surgeon.

Surgery is often considered for severe cases. Less invasive, external bracing has proven successful and more comfortable for a large majority of children.

The surgical repair of Pectus carinatum is a painful procedure. Length of stay in the hospital is determined primarily by pain control.

At the time of surgery, an epidural catheter will be placed in your child’s back for continuous local anesthesia and will stay in place for several days. While the epidural is in place, a urinary catheter will drain urine from the bladder. An intravenous (IV) catheter will be inserted for giving fluids and IV medications. Sometimes nasal oxygen is needed and sometimes the surgeon will place a tube to drain fluid from the surgical area. All of these therapies are temporary and will be discontinued when no longer needed, usually before discharge.

Your child will be expected to get up out of bed and walk the day following surgery and will need to practice deep breathing in order to keep the lungs healthy and prevent pneumonia.

Constipation is a common problem for children on narcotics. Laxatives will be started in the hospital and should be continued, as needed, at home after discharge.

Children will be discharged when they are comfortable on oral pain medication, are eating and drinking without difficulty and have no fever or signs of an infection. If a surgical drain was placed at the time of the operation, your child may go home with the drain in place. The nursing staff will teach you how to take care of the drain while your child is at home. The drain is usually removed at the first clinic visit.

Children who have a chest strut placed during Ravitch procedure will be seen at least annually after the first postoperative visit. The chest strut is expected to stay in place for 2-3 years. This guidebook for Chest Wall Deformities by the UCSF Pediatric Surgery, was created to explain the details behind the variations of the condition, including pectus excavatum and pectus carinatum, its treatment, and detailed home care guidelines for parents. The interactive patient ebook includes text, illustrations, and multiple videos produced by UCSF Pediatric Surgery.