Strategically placed zippers make clothes easy to get on and get off. Super-Fly sells trendy clothing with strategically placed zippers that make the clothes easy to get on and off.

“We all want to look good,” said Michelle Cameron-Coulter, who won a gold medal in synchronized swimming in 1988.

“How do you feel when you have a shower and get dressed up? It changes how you feel. Everyone deserves that dignity and that pride.”

The company buys clothing from Calgary-based Sport Chek at wholesale, has their seamstresses adapt the pieces and then sells them at about 10 per cent more than retail.

“We’re partnering with manufacturers so you can wear whatever anybody else is and it’s just easier. It zips on and off so it takes minutes instead of an hour,” she said. 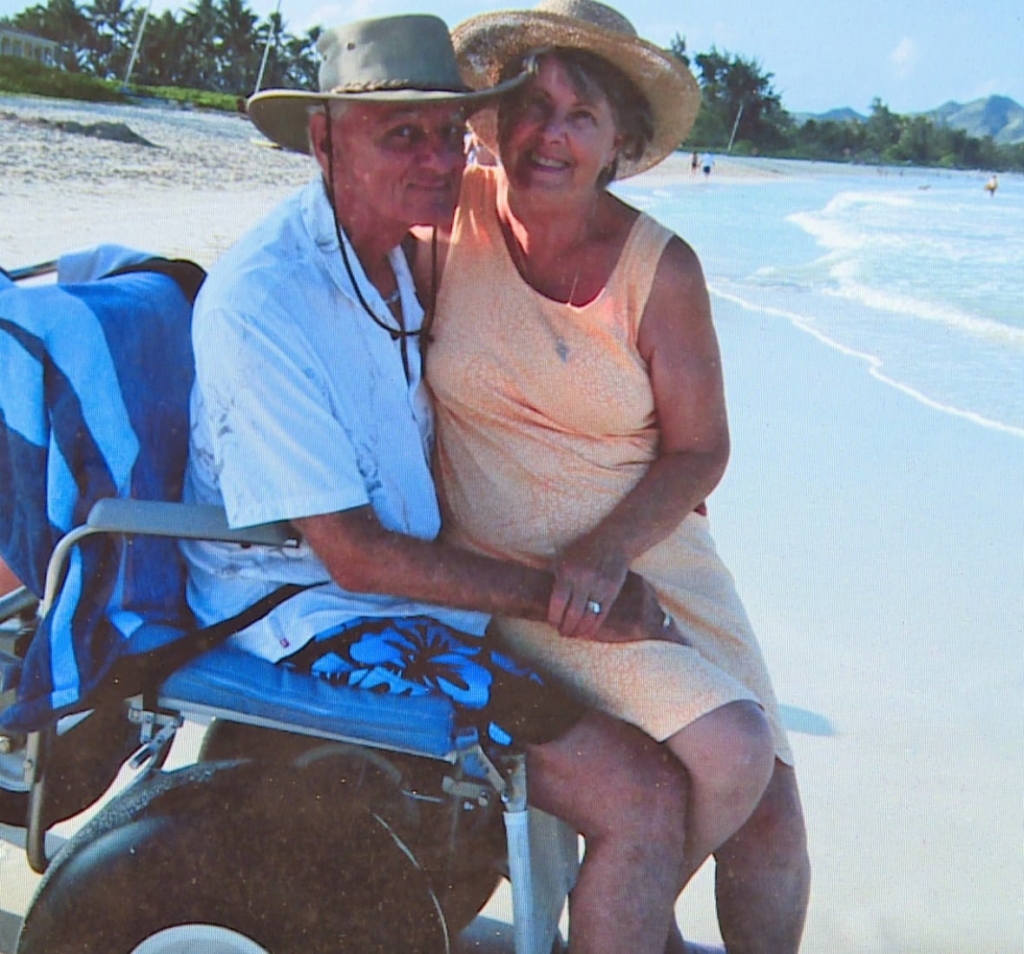 Jack and Jacqueline Cameron started the business together when they were in their 70s. Submitted

It all started when her parents launched a small business in their 70s.

Jacqueline Cameron was sewing adaptive clothing for her husband Jack, a Calgary chiropractor forced to retire due to inclusion body myositis, a disease that weakened his muscles and kept him in a wheelchair.

“My husband was noticed not because he was in a wheelchair but because he always looked so amazing,” said Jacqueline Cameron.

Jack died a year ago, but the businesses he helped create has expanded from a home closet to a 2,000 square-foot warehouse.

“It’s very humbling for me,” said Jacqueline Cameron, who is now 79. “That’s my reward, seeing how much it helps people and the difference it makes.”

The Cerebral Palsy Association in Alberta is excited to promote the grand opening of the new Super-Fly store in Calgary! We are collaborating with Super-Fly to help bring you adapted brand clothing at affordable prices. A percentage of your order will be directed back to the CPAA.

In celebration, Super-Fly is offering a 25% discount on your choice of Super-Fly Adaptive Apparel until June 9! Free shipping on orders over $200 is available, as well.

“The market is actually way bigger than we ever thought, so to be able to do this and help so many people has been a real gift,” said Cameron-Coulter.

A business like Super-Fly will make a difference in people’s lives, says Janice Bushfield, executive director with the Cerebral Palsy Association in Alberta.

“It not only allows a lot more freedom, but I think it’s a little bit more dignified too for individuals with different types of disabilities.”