“Robotics holds great hope for individuals with CP where mobility options are limited. Physical and social advantages are evident,” the researchers wrote. 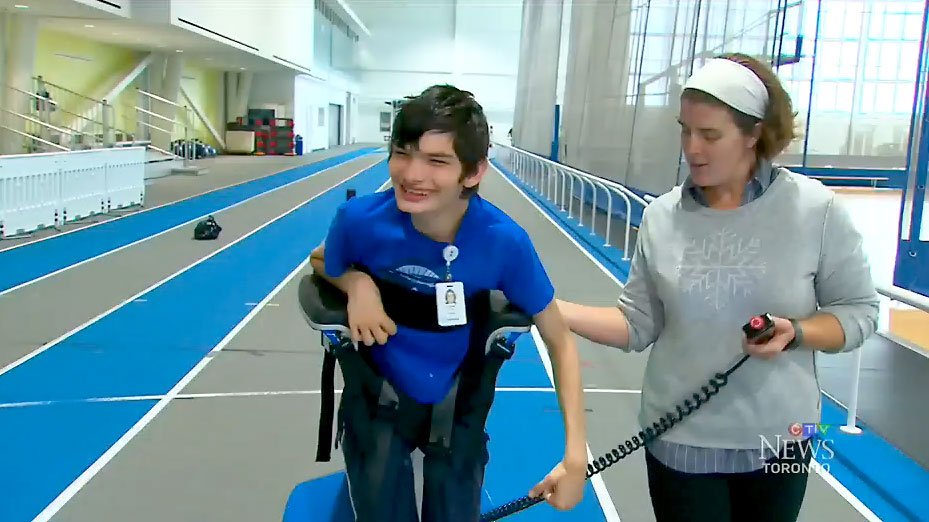 A modified version of a robotic-assisted walker, called SoloWalk, significantly helped to improve the lives of children with cerebral palsy, both physically and socially, a small study in people with quadriplegia secondary to this disease reports.

The study was published in the journal Disability And Rehabilitation: Assistive Technology.

“Motor impairment and ambulation deficits are one of the most disabling mobility impairments in children with CP,” the researchers wrote.

Early studies have shown that robot-assisted treadmill training and electromechanical gait training may help to maintain motor function in this patient group.

The SoloWalk has several advantages over other robotic walking devices, the study states. “First, it is mobile and moves with the patient, unlike treadmill gait training devices, thus providing freedom of movement for the patient as well as gait training; Second, it has a built in mechanical lift and does not require constant physical support from a caregiver like most manual walker devices which is particularly relevant for youth and young adults with [more severe motor dysfunction],” the researchers wrote.

As SoloWalk was initially developed in adults, several modifications are required before it can be adopted for younger people.

Researchers conducted interviews before and after each robotic walker trial. Participants included four males and one female (13–22 years old) with quadriplegia secondary to cerebral palsy. Quadriplegia refers to paralysis caused by illness that results in the partial or total loss of use of all limbs and the torso.

Four of the five participants were able to independently walk with the aid of the device. One, who had what researchers described as significant dyskinesia (abnormal or impairment of voluntary movement), was unable to utilize the SoloWalk device.

Researchers recorded interviews and then assessed the interviews for thematic analysis. The assessment team included two physiotherapists, an occupational therapist, a physiatrist, and three engineers.

Based on these, the team identified physical and social impacts as major themes.

Some physical advantages included the ability to walk hands-free, and the promotion of physical fitness. There were some barriers to using the device, such as its limited harness design and large size.

Social advantages included increased ability to partake in activities independently and greater peer engagement. A social disadvantage identified was its limited use on uneven terrains.

The researchers suggested several modifications to SoloWalk for children with cerebral palsy, including decreasing the size of the robotic walker, greater availability of harness designs, reducing the force required to take an initial step, adding a joystick for user control, and creating a more versatile base that can be used on different terrains such as baseball fields.

“Robotics holds great hope for individuals with CP where mobility options are limited. Physical and social advantages are evident,” the researchers wrote.

“This study was able to gather important information and recommendations to tailor a new robotic walker prototype specifically for individuals with cerebral palsy,” they concluded.