Technology and legislation allowed Walter Marsh to work and to explore despite a debilitating heart condition. 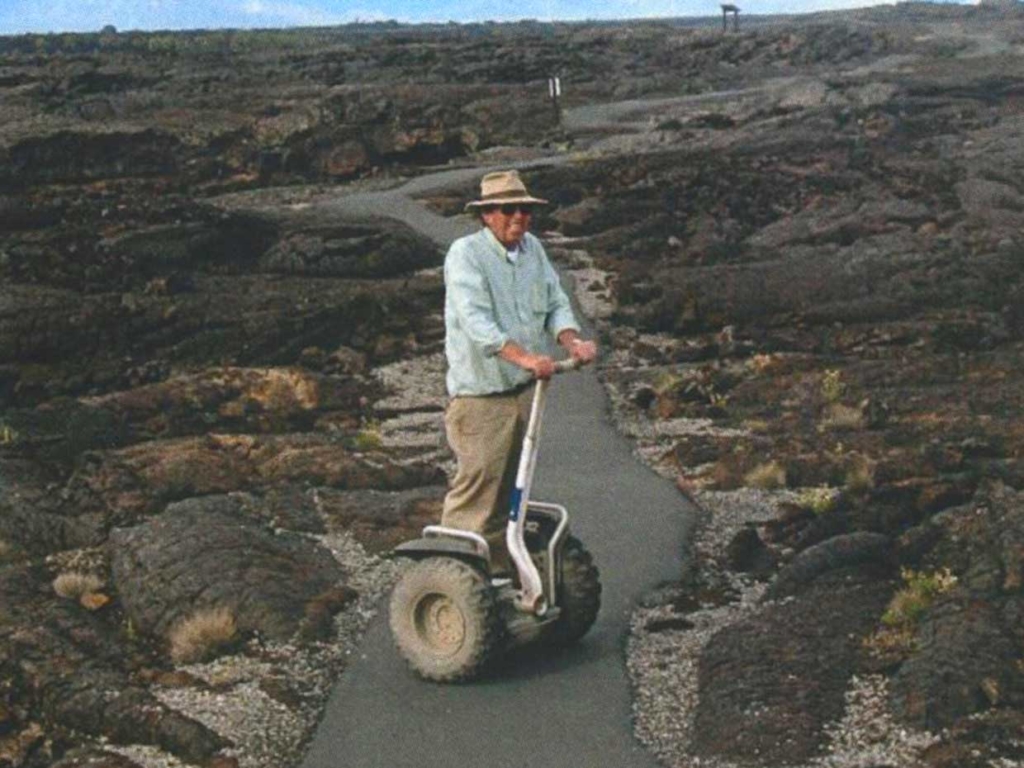 The author’s father, Walter Marsh, explored the lava fields of Craters of the Moon, in Idaho. Photo: Allison Marsh

My dad loved to camp, and he wanted to teach his grandson how to pitch a tent, start a fire, and explore nature. Unfortunately, by the time my nephew Liam was born, my dad had already had two major heart attacks, bypass surgery, and had a pacemaker/defibrillator implanted. Hiking over any distance was no longer in the cards for him.

Luckily, my dad’s decline in health seemed to keep pace with the latest breakthroughs in biomedical technology and new pharmaceuticals. He managed to live with congestive heart failure for more than 20 years. Although he died a few years ago, two recent news stories collided last month to remind me how technology and legislation allowed my dad to continue to explore the outdoors and share adventures with his grandson, despite his condition.

The first news of note was the announcement that the Segway is ceasing production. Coverage of this event tended to emphasize how the overhyped, self-balancing two-wheeled personal transportation device failed to live up to expectations. My father would have begged to differ. An engineer by training and an enthusiastic early adopter by temperament, he’d be the first to say that the Segway changed his life.

Dad got his Segway in 2007 when they cost about US $5,000. That is pricey for a toy, but not for a personal assistive device (power wheelchairs also cost thousands of dollars). My mother never begrudged the expense because it kept his world from closing in. He used it every day for work. Stepping aboard, he was able to zip around his 950-square-meter machine shop without getting winded.

When he visited clients (mostly large-scale manufacturers), he would load the Segway into his van and then use it to make the rounds on the factory floor. He tricked out his transporter, upgrading the tires to the larger “off road” version that allowed for more maneuverability over uneven terrain. He added detachable saddlebags and hooks. He built a ramp out of scrap wood from a bowling alley to make loading and unloading into his van easier. 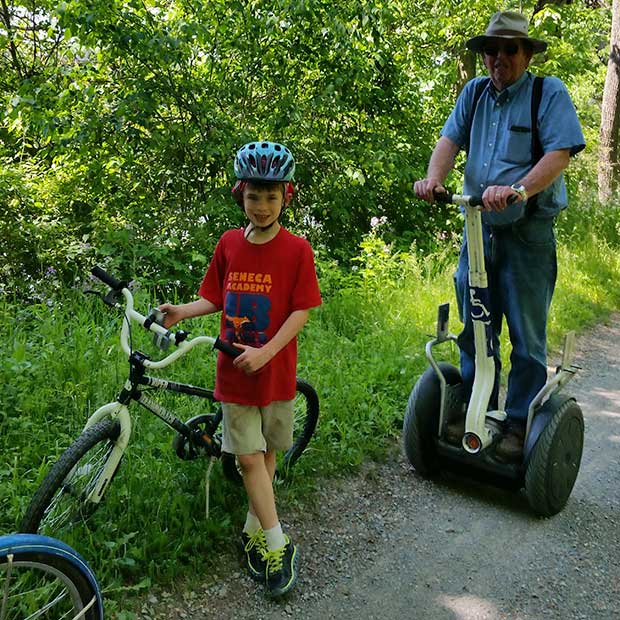 Over a series of weekends, Marsh and his grandson, Liam, tackled all 300 kilometers of the Chesapeake & Ohio Canal. Photo: Amanda Skelton

But his Segway really proved its worth on the weekends. My father, Liam, and my sister Amy trekked the entire 300-kilometer towpath of the Chesapeake & Ohio Canal, him on his Segway, Amy and Liam on bicycles. They did it in segments over many weekends, camping along the route. It turns out the battery life of a Segway is about as far as an 8-year-old boy can bike in a day. Dad would hook his Segway up to the car battery to charge overnight, and they’d be off again in the morning.

During the summer of 2009, he and I went on a cross-continent road trip from Richmond, Va., to Dead Horse, Alaska, because he wanted to drive the AlCan Highway and see the oil fields. We took the northern route across Canada one way and dropped down into the Rockies and across the middle of the Great Plains on the return. Along the way, he raced my dog on the Bonneville Salt Flats, explored the wind-swept lava fields of Craters of the Moon, and watched a perfect sunset at Great Sand Dunes National Park. 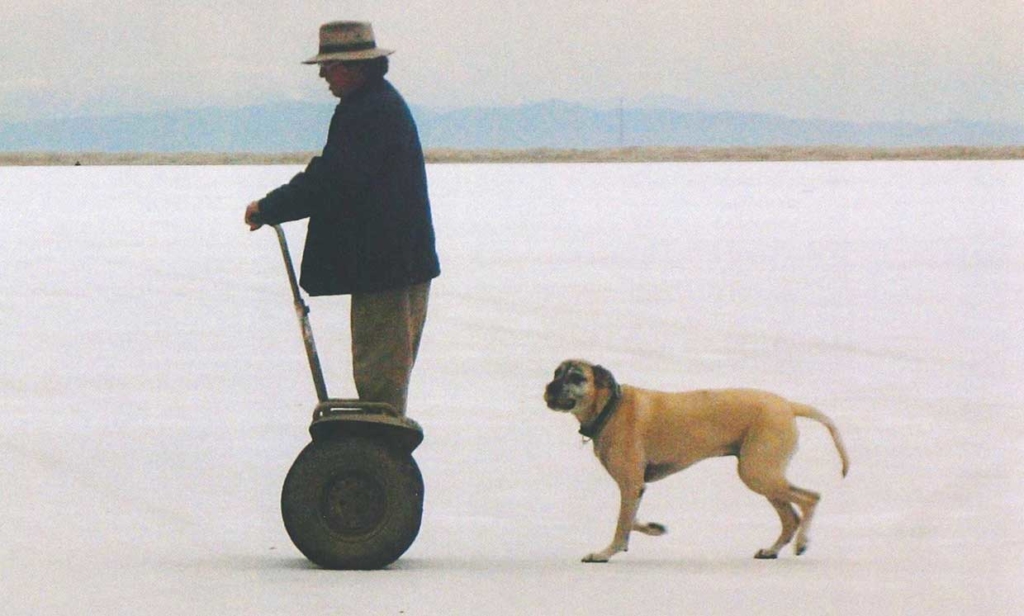 That brings me to the second piece of recent news: the 30th anniversary of the Americans with Disabilities Act. The ADA requires accessible design for all public sites in the United States, including those overseen by the Bureau of Land Management and the National Parks Service. Thanks to the landmark legislation, the worlds Dad could explore opened up enormously. Although there are some limitations—he couldn’t climb down to see the pueblos at Mesa Verde, although he could admire them from the scenic overlook—wheelchair ramps and paved paths allowed him and his Segway to go almost everywhere. 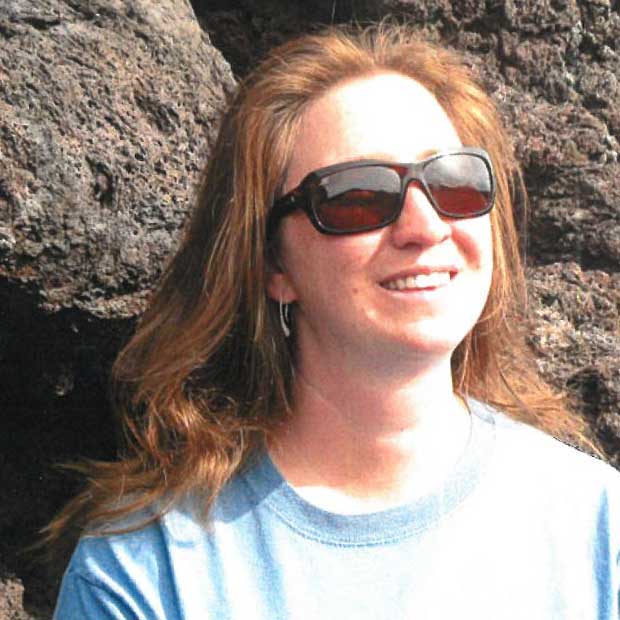 The author at Craters of the Moon. Photo: Walter Marsh

With his Segway, my dad lived a fuller life despite his condition. The Segway was more maneuverable than a wheelchair, with a smaller footprint and turning radius, and it offered easier access to more places. Perhaps most importantly, it allowed him to look people directly in the eye, or even tower slightly above them. Aboard his Segway, he commanded respect, or at least curiosity, from onlookers.

Occasionally, a park ranger would raise an eyebrow at my dad’s Segway and begin to object to its use. My dad would point to the handicapped sticker he proudly displayed on the front of his “assistive device” and launch into a lecture about the ADA and accessibility. He was fortunate to have this marvel of engineering at his disposal, to help him explore, and nothing was going to stop him.

AFOs for stroke: Early use does not limit long-term benefit
Edmonton day camp for children with disabilities, chronic illness receives...
Bad news for creaky knees: We can’t regrow cartilage as adults
Why doctors hate electronic records — and what could change that
Albertans in pain look elsewhere for treatment, as COVID surgery delays co...
Create a 3D model of a person—from just a few seconds of video