Ryan Straschnitzki has been spending time playing sledge hockey on a pond behind his family’s home in Airdrie. 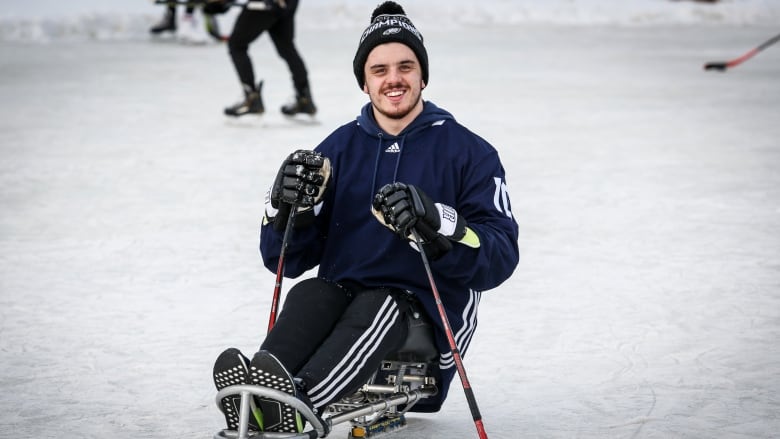 Ryan Straschnitzki says there is nothing like the feel of being back on the ice.

The former Humboldt Bronco junior hockey player, paralyzed from the chest down when a semi-trailer blew through a stop sign and into his team’s bus three years ago in rural Saskatchewan, has been spending time playing sledge hockey on a pond behind his family’s home in Airdrie, Alta.

The rippled outdoor ice isn’t what he’s used to, but he says it’s a welcome change after COVID-19 closed hockey rinks and limited the 21-year-old to workouts at home.

“It’s great. I mean any time you can get on the ice, especially during COVID, is just kind of a blessing,” Straschnitzki told The Canadian Press during a recent pond practice.

Since the bus crash, which killed 16 people and injured a dozen others, Straschnitzki’s focus has been on making the national sledge hockey team and winning a gold medal for Canada at the Paralympic Games

He made Alberta’s sledge hockey team last year and was preparing for the national championships.

“It got cancelled last year. It got cancelled this year. So it’s just another year of training and I’ve gotta work harder than ever to be more prepared and hopefully win another championship.”

It was tricky getting Straschnitzki to the pond. After placing him into his hockey sled, his family put him on a toboggan and slid him down a snowy hill and onto the ice. 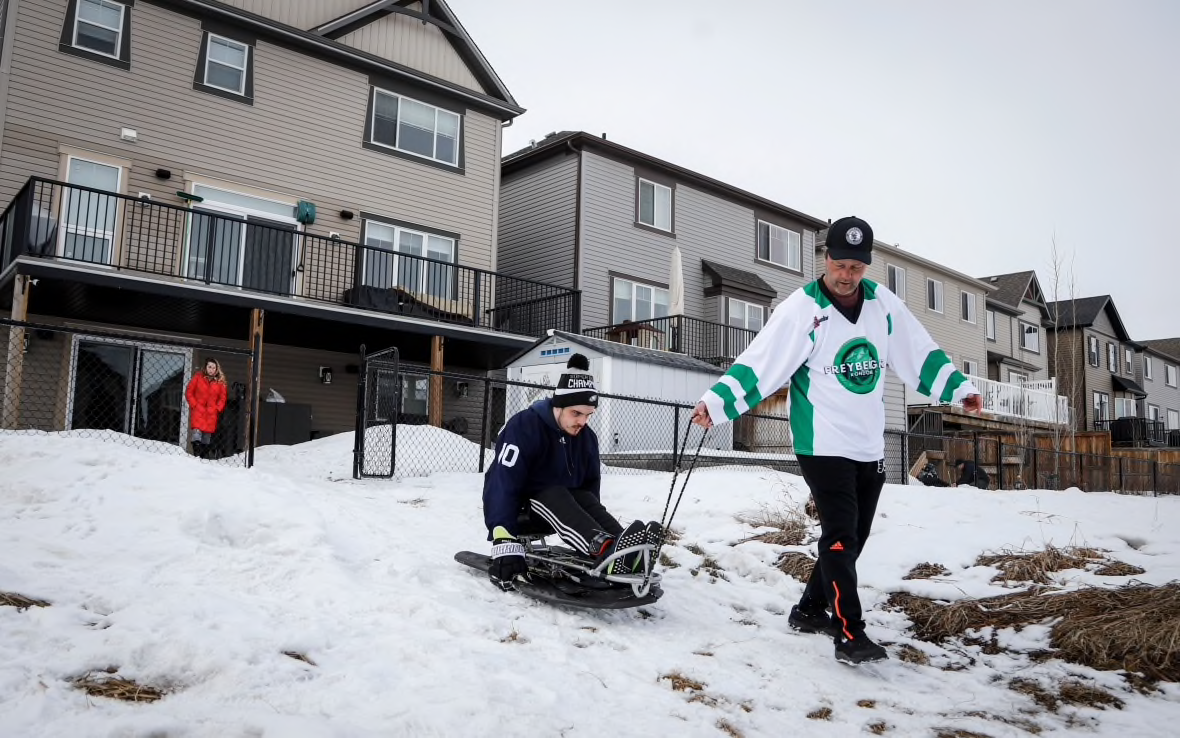 Tom Straschnitzki, right, helps his son, Humboldt Broncos bus crash survivor Ryan Straschnitzki, down a slope to a frozen pond to play pond hockey with his family near his home in Airdrie, Alta. on Jan. 31. Jeff McIntosh, The Canadian Press

His younger brother, Jett, who plays junior hockey in Fernie, B.C., made the four-hour drive home to join him in a skate for the first time in a few years.

I thought I might as well make the drive and see him on the ice,” he said.

Straschnitzki’s mother said it was heartwarming to see her entire family on the ice. Her oldest son remains positive, but the past year has been hard on him, she said. 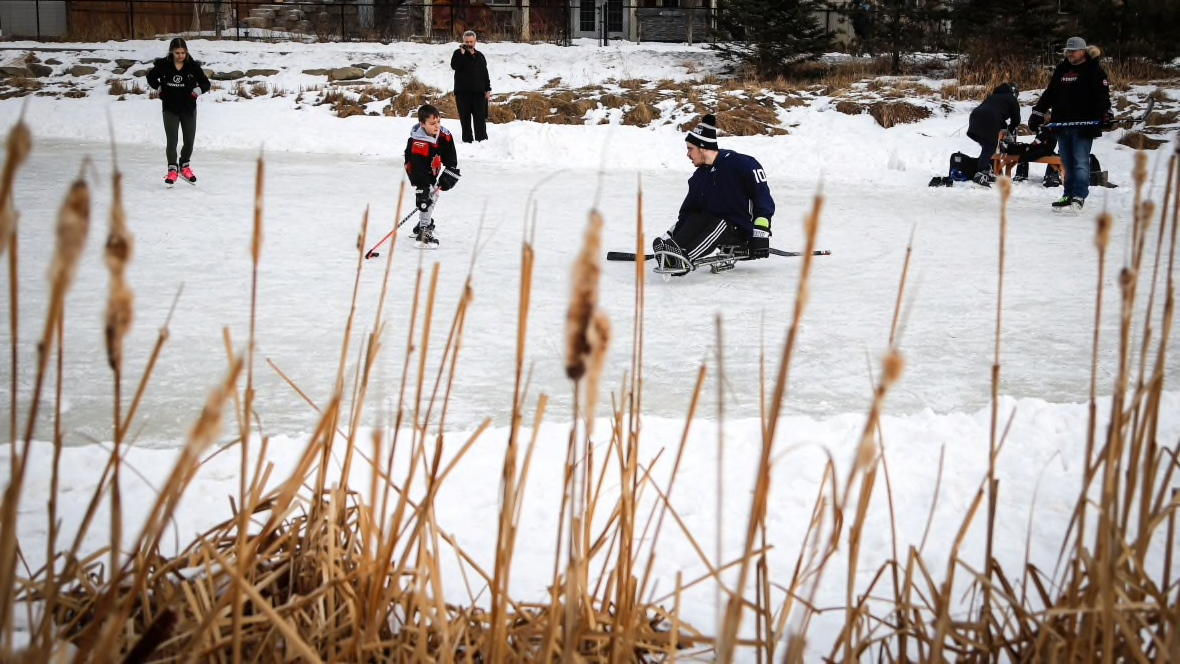 Humboldt Broncos bus crash survivor Ryan Straschnitzki, centre, plays pond hockey with his family. His mother said it was heartwarming to see her entire family on the ice. Jeff McIntosh, The Canadian Press

“He doesn’t talk to us too much about it, but I’m sure inside it’s been a struggle. It took him a long time to come out on the pond with the family and neighbours,” said Michelle Straschnitzki.

“It’s not the same for him and he misses his teammates. He works out constantly. He is absolutely a Hercules when it comes to that. He just carries on.” 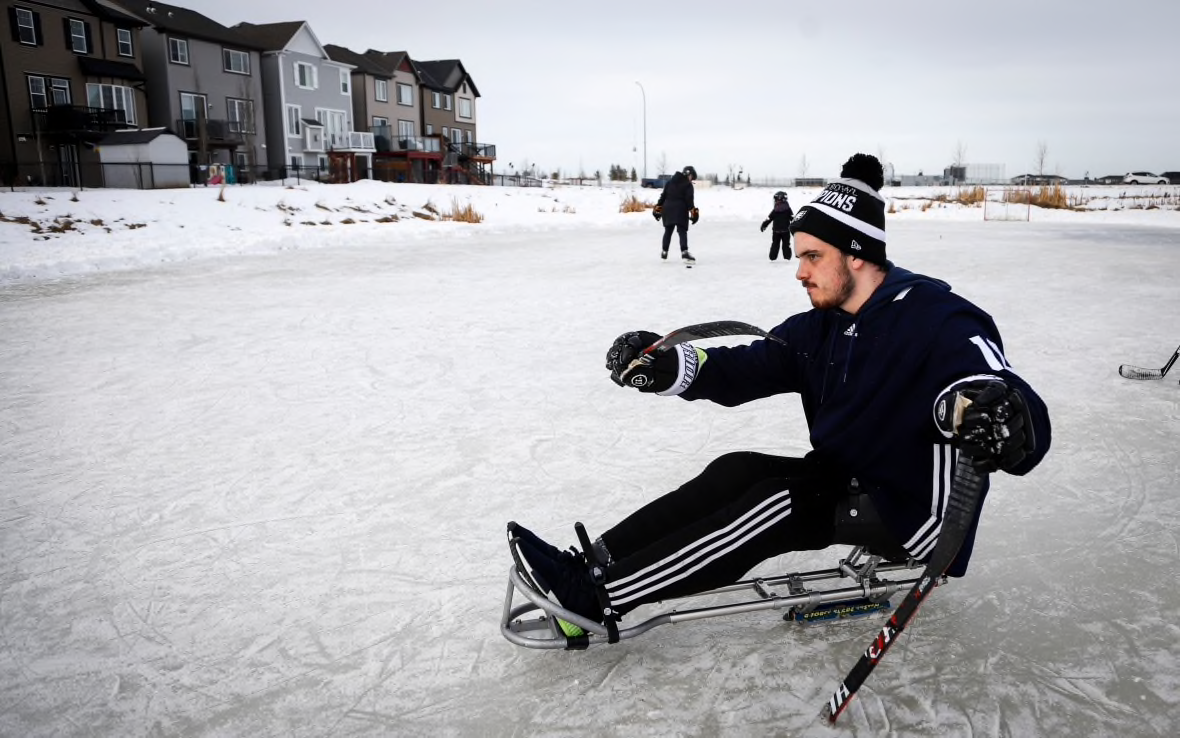 Tom Straschnitzki said it was good to see a smile on his son’s face.

“I’ll probably be leaving him and his brother out there. That’s the way they’ve always done it.”

Ryan Straschnitzki said his Paralympic dream in still in focus.

“It’s never going away. And I’m gonna just keep training and then see where it takes me.”