Upward curve at tip eases motion but may lead to weaker muscles, problems. 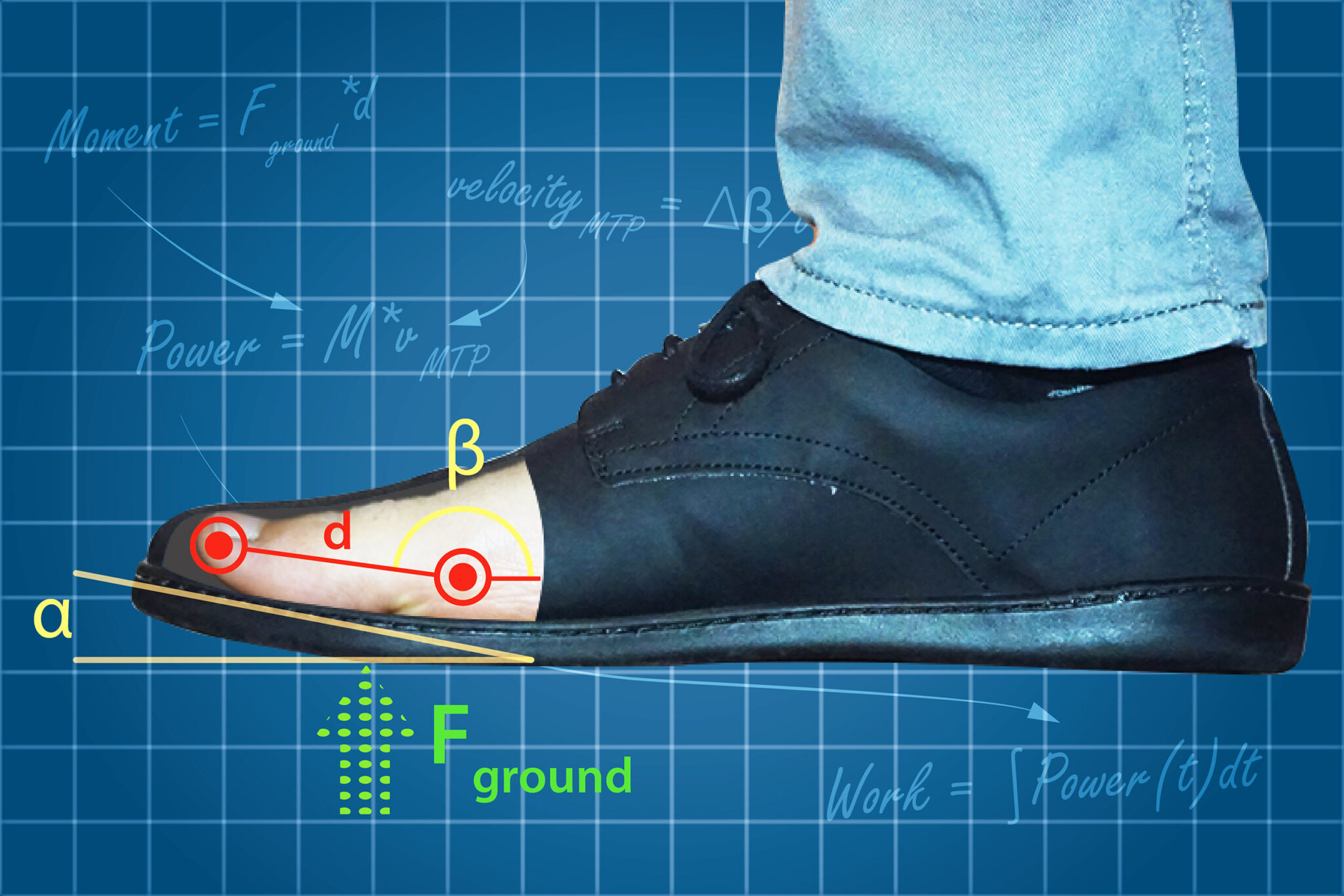 The toes of most shoes, especially sneakers, bend ever so slightly upward. While that curve, called a toe spring, can make walking easier and more comfortable, it may also weaken feet and potentially open them up to some common (and painful) foot-related problems.

That’s the conclusion reached by Harvard evolutionary biologist Daniel E. Lieberman, his former undergraduate student Oliver B. Hansen ’19, and two former postdoctoral researchers, Freddy Sichting and Nicholas B. Holowka, who studied toe springs and their effect on the biomechanics of walking.

The scientists found that the more curved a toe spring is, the less power the foot inside the shoe has to exert when pushing off from the ground while walking. That means foot muscles are doing less work, and this, the researchers hypothesize, may have consequences.

“It stands to reason that if the foot muscles have to do less work, then they’re probably going to have less endurance given that many thousands of times a day you push off on your toes,” said Lieberman, the Edwin M. Lerner II Professor of Biological Science and senior author on the paper. The work on toe springs is described in Scientific Reports.

The researchers say this potential weakness could make people more susceptible to medical conditions like plantar fasciitis — a common, hard to repair, and painful inflammation of the thick, web-like band of tissue that connects the heel bone to the toes. 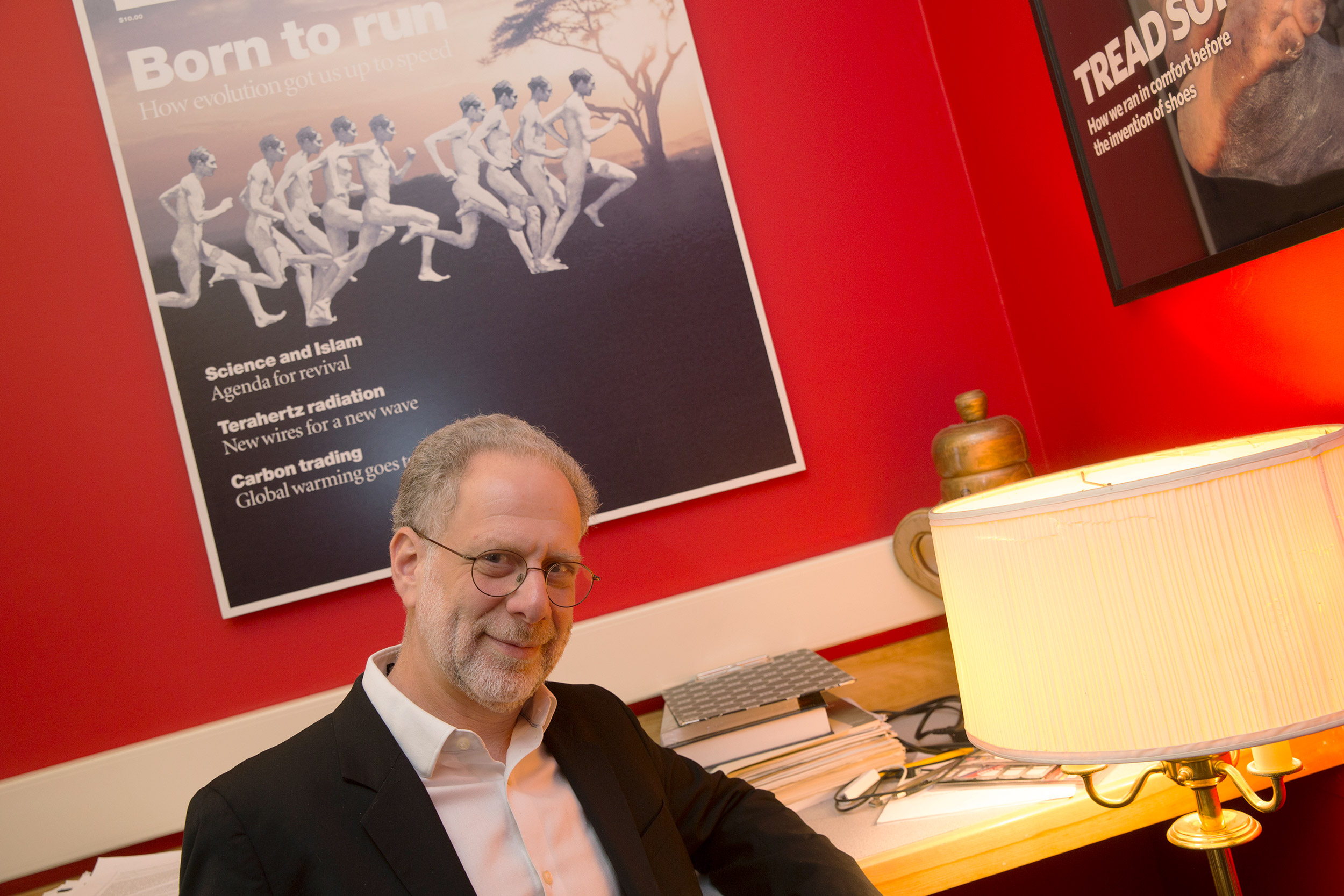 “One of the biggest problems in the world today of people’s feet is plantar fasciitis,” Lieberman said. “We think that what happens is that people are relying on their plantar fascia to do what muscles normally do. When you get weak muscles and the plantar fascia has to do more work, it’s not really evolved for that and so it gets inflamed.”

The scientists say their next step is to validate their hypothesis in future studies.

“From an evolutionary perspective, wearing modern shoes that have arch supports, cushioning, and other supportive features is a very recent phenomenon,” said Sichting, who’s now a post-doctoral researcher and academic assistant in human locomotion at Chemnitz University of Technology in Germany and was the paper’s first author. “Several lines of evidence suggest that weak foot muscles may be partly a consequence of such features. In our research, we were interested in a nearly ubiquitous element of modern shoes that has not been studied before: the upward curvature at the front of the shoe.”

He means the toe spring, of course, which constantly flexes the toe box above ground and is a feature of most modern footwear, especially athletic shoes.

The project started after Sichting and Lieberman met at a conference in Boston, and (of course) went for a run by the Charles River, during which they talked about foot biomechanics and plantar fasciitis. That led to Sichting coming to Lieberman’s Skeletal Biology and Biomechanics Lab in 2018 to work on the project with Holowka, who’s now an assistant professor of anthropology at the University of Buffalo, and Hansen, a former Crimson rower who graduated with a concentration in human evolutionary biology. Hansen worked on the paper as part of his senior honor’s thesis.

In the experiment, 13 participants walked barefoot and in four pairs of custom-made sandals on a specially designed treadmill equipped with force plates and an infrared camera system to measure how much power is put into each step. The sandals each had varying degrees of toe spring angles — from 10 degrees to 40 degrees. They were designed to mimic the stiffness and shape found in commercially available shoes.

It became clear while analyzing the data that the propulsive force generated by the metatarsophalangeal or MTP joints (that’s where the toes connect to the rest of your foot bones) decreases as the curve of the toe spring on the specially-made sandals increased. MTP joints are one of the key features that have evolved so that humans can walk and run on two feet so effectively and efficiently.

“By reducing moments at the MTP joints, toe springs likely relieve the intrinsic foot muscles of some of the work necessary to stiffen these joints,” the researchers wrote in the study. “These small differences in muscle work likely add up to substantial differences over time when considering that the average individual in industrialized countries takes 4,000 to 6,000 steps per day. Thus, habitually wearing shoes with toe springs could inhibit or de-condition the force-generating capacity of intrinsic foot muscles.”

The researchers make clear in the paper that more research is needed on all fronts and that their study does not directly link toe springs with plantar fasciitis or other common foot problems. The study also included only habitual shoe users whose feet may already have been adapted to shoes with toe springs.

“This study isolated just one element of our shoes,” said Hansen. “More research is needed to investigate how toe springs interact with other elements of shoes such as stiff soles or cushioning. This could give us a more complete picture of how shoes affect our biomechanics.”

“Walking in shoes with comfortable features such as a toe spring has its costs,” Sichting said.

“We like comfort,” Lieberman said. “That’s why we sit in chairs and take elevators.”

Foot pain sufferers find relief from 3D printer
Keep Moving to Stay a Step Ahead of Arthritis
Bracing is an effective therapy for pectus carinatum: interim results
Expert pressed about risk in closing NS facilities for people with disabil...
When x-rays were all the rage, a trip to the shoe store was dangerously il...
Out on a limb: Healing arts