This documentary proves we can tell human stories about disabled people and our lives. And through those stories, we can show both how far we’ve come and where we must go next. 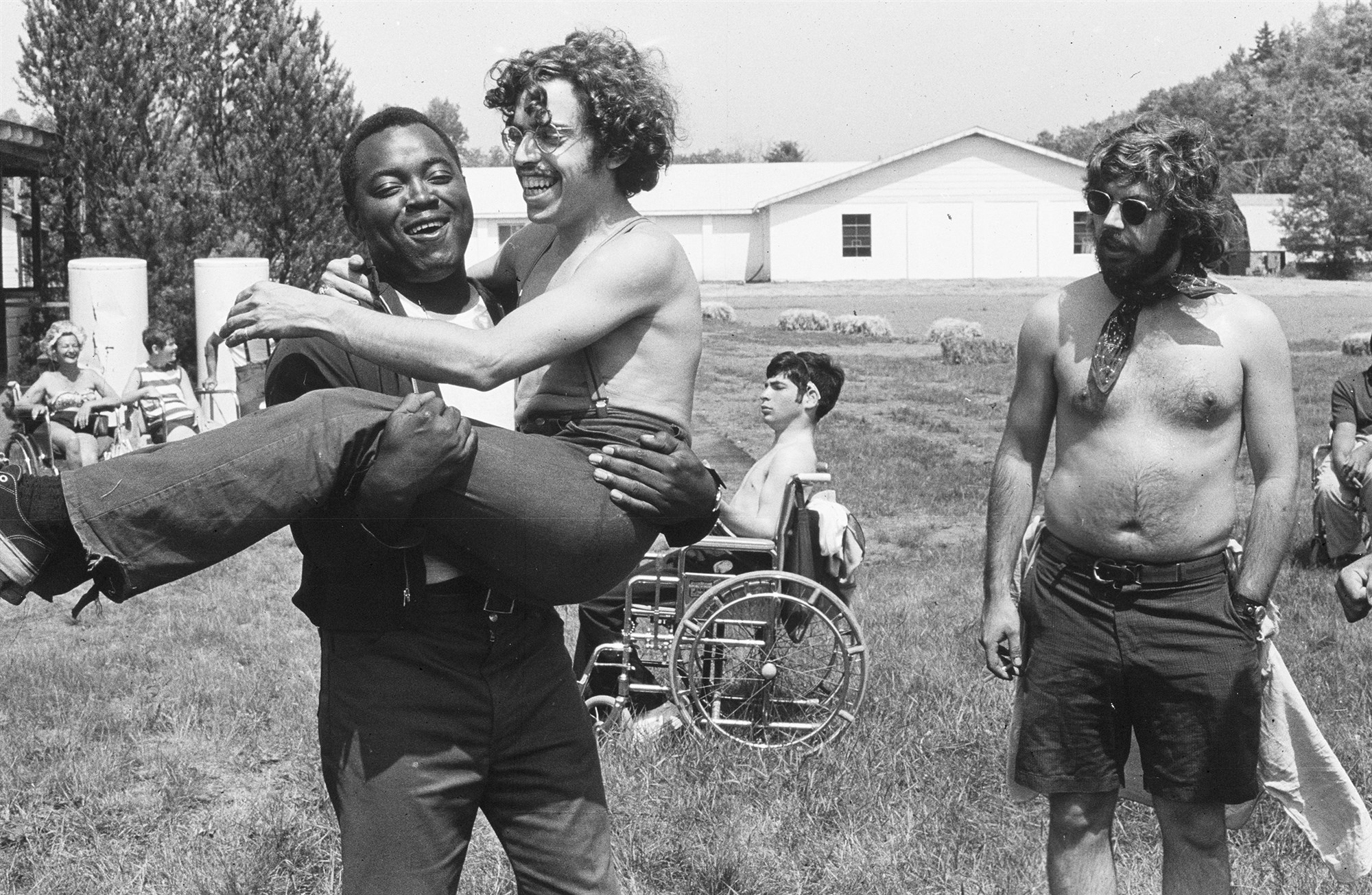 I don’t remember the first time I met Judy Heumann, but I’ve only ever known her as an omnipresent elder statesman of the disability rights movement. A former President Bill Clinton and President Barack Obama appointee, the word that best describes Heumann, if I had to pick one, would be “dignified.”

If you want to marvel at human ingenuity, perseverance and triumph while you’re in quarantine, “Crip Camp” has you covered.

But “Crip Camp,” a new documentary on Netflix, offers a new glimpse into Heumann and the history of the disability rights movement that is raucous, joyous, and even sometimes shocking. “Crip Camp” serves not only as an excellent introduction to disability history for those who are unfamiliar, but as a humanizing glimpse into the lives of civil rights leaders I thought I already knew. If you want to marvel at human ingenuity, perseverance and triumph while you’re in quarantine, “Crip Camp” has you covered, whether you have a disability or not.

The documentary follows the journey of the disabled Camp Jened campers, many of whom went on to lead the disability rights movement in the United States. Based in the Catskills, Camp Jened operated from 1951 to 1977 and served disabled people who weren’t welcome at mainstream summer camps.

Film director Jim LeBrecht, a former camper himself, opens the movie with footage of his childhood, sharing how isolated he felt from life as a child and as an adult. (The film is also directed by Nicole Newnham.) This was the world before the Americans with Disabilities Act. There were no ramps. There was no Braille on elevator buttons. Children in wheelchairs were excluded from school because they were “fire hazards,” and many more were simply shipped off to state institutions like Willowbrook, shameful secrets to be neglected, hidden away and forgotten.

An unfortunate truth about the disability community is that we don’t have a lot of older leaders. Due to the realities of disability and disabled life, many of us die young. And our history dies with us. Disability rights aren’t normally featured in high school history books and often don’t get written down at all. Part of what makes “Crip Camp” so powerful, therefore, is the sheer quantity of archival footage. Here, finally, is our history, recorded honestly for posterity.

I had no idea that everyday life at Camp Jened had been captured on camera: Teenagers making dirty jokes, swimming and playing music. Showing disabled people being completely normal, rather than objects of pity, is still groundbreaking, decades later. So is showing disabled people agitating for the right to participate in society.

“Power, not pity” is a longtime disability rights slogan encapsulated by the spirit of Camp Jened. As Lionel Je’ Woodyard, a former counselor from Alabama, explains in the documentary, “You wouldn’t be picked to be on a team back home, but at Jened, you had to go up to bat. And if you didn’t hit the ball, hell, you were out.” The connection between a summer camp and the longest non-violent occupation of a federal government building in 1977 may not seem obvious, but within “Crip Camp’s” narrative, the transition makes perfect sense. The possibility of a better world at Camp Jened inspired the political change that followed; political change that involved, among other things, the anti-war movement, the Black Panthers and a group of Americans crawling out of wheelchairs and up the steps of the U.S. Capitol.

Due to the realities of disability and disabled life, many of us die young. And our history dies with us.

A warning: You may not want to watch “Crip Camp” with young children. While it is uplifting and educational, it is also a much hornier movie than one might expect from producers Barack and Michelle Obama. But frank discussion of disabled sexuality is itself important. As Judy Heumann says in some of the archival footage, disabled people are often cast as asexual objects, rather than full, sexual people. Part of the revolutionary hippie spirit revolved around sexual freedom, and it’s not at all surprising that extended to the disabled teenagers at Camp Jened.

There are also a few missteps. The soundtrack, unfortunately, is corny. In my opinion, it should be illegal to use Buffalo Springfield’s “For What it’s Worth” in media about hippies and social change. That said, it will probably please older viewers who grew up with Bob Dylan, Neil Young and the Grateful Dead. What I find hackneyed, others may find nostalgic and evocative of their own summer camp days.

That said, “Crip Camp” is one of the most important and most honest films about disability I’ve ever seen. Most movies about disability, even other documentaries, are focused on narratives of overcoming the suffering caused by our own disabled bodies. In “Crip Camp,” the narrative is of overcoming the suffering caused by a society that refuses to include us in everyday life. To be clear, justice has not yet been achieved. The disabled unemployment rate is still high, and on a much more basic level, many buildings still don’t have ramps. But this documentary proves we can tell more human stories about disabled people and our lives. And through those stories, we can show both how far we’ve come and where we must go next.

Also see
The ADA at 30 New Mobility
They abandoned their wheelchairs and crawled up the Capitol steps ShareAmerica
‘Crip Camp’ Team’s Appearance At Oscars Marks ‘Tipping Point’ For Inclusion Disability Scoop
From Crip Camp to a national Disability Benefit Abilities
Judy Heumann: Why Oscar-nominated ‘Crip Camp’ is a win for people with disabilities USA Today
Oscar® Spotlight: “Crip Camp” The Washington Post
Crip Camp, A Disability Revolution cripcamp.com
‘Crip Camp’ Review: After Those Summers, Nothing Was the Same The New York Times
How ‘Crip Camp’ Allowed Co-Director Jim LeBrecht Tell His Story of Representation Variety
Disability Day of Mourning: Remembering the Murdered and the Vulnerable The Nation