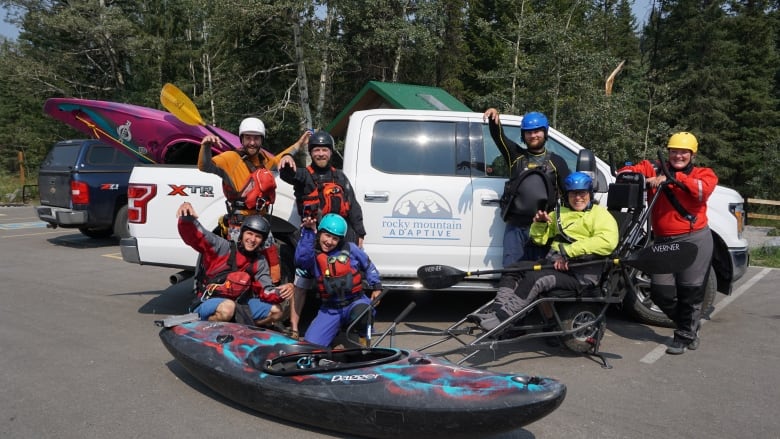 Andrea Wojcik, who is paralyzed from the chest down, uses a modified kayak to paddle down the Lower Kananaskis River. Connie DW/Claire Sedgewick CBC

After a year of preparation, training and modifying a kayak, a Calgary woman who’s paralyzed from the chest down took on a set of whitewater rapids west of the city on Sunday.

A whole crew of helpers were watching her every move. 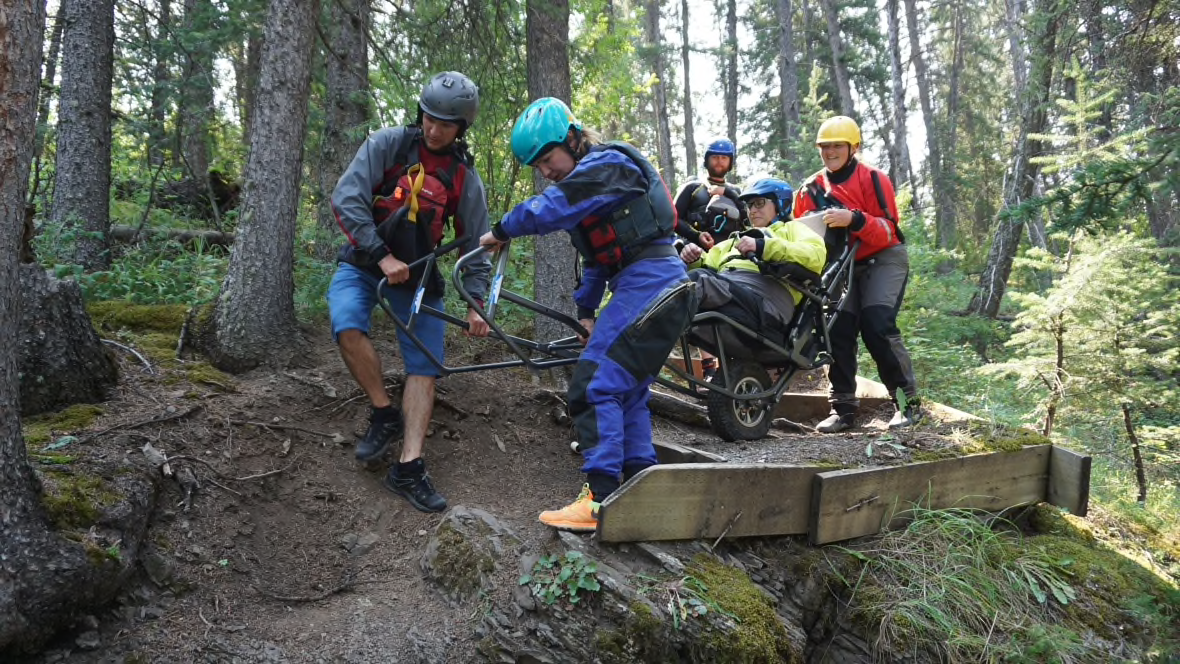 “I’m sitting on the shoulders of giants right now, like it’s so awesome,” she said.

Despite a T-2 level spinal cord injury that left her paralyzed from the chest down, Andrea Wojcik took on what had seemed impossible — paddling the Lower Kananaskis River in her own modified kayak down Class II rapids. 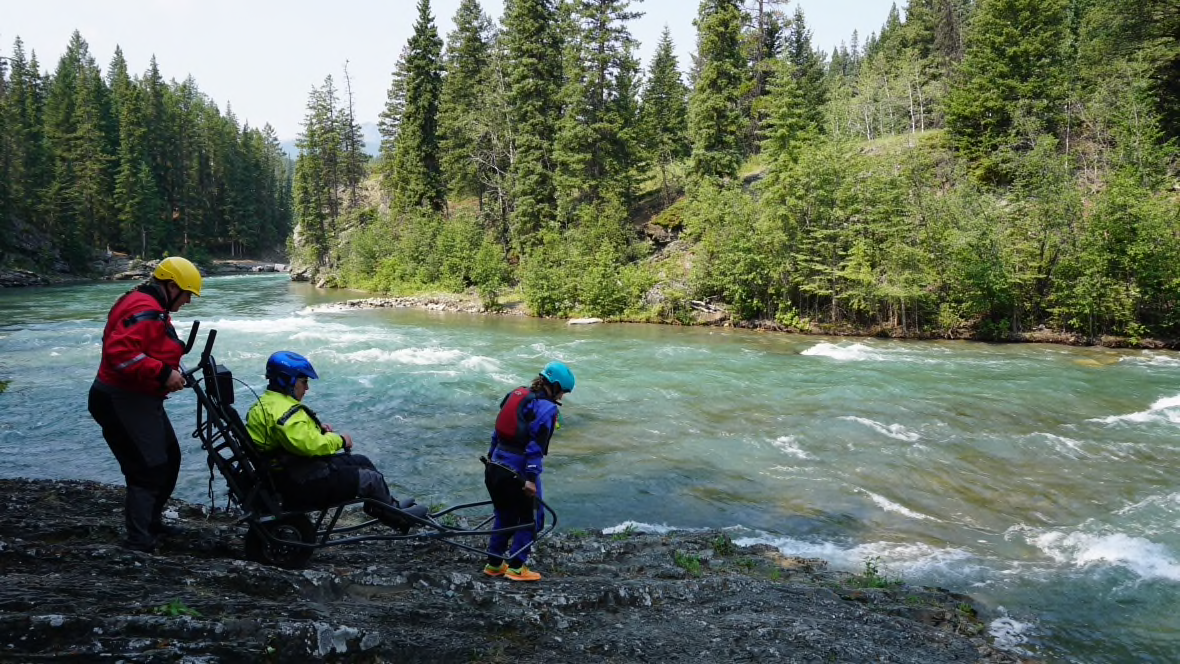 “I don’t know if I could have gotten to this place, like having been an able bodied person, I don’t know if I ever would have been like, wow, like feeling this cared for and this accomplished at the same time,” she said.

Coaching her through was Bow Valley Kayak Club instructor Robbie McAvoy, along with several helpers from Rocky Mountain Adaptive.

That’s a Canmore-based organization devoted to enabling people with physical or other disabilities to take part in recreational activities in the mountains. 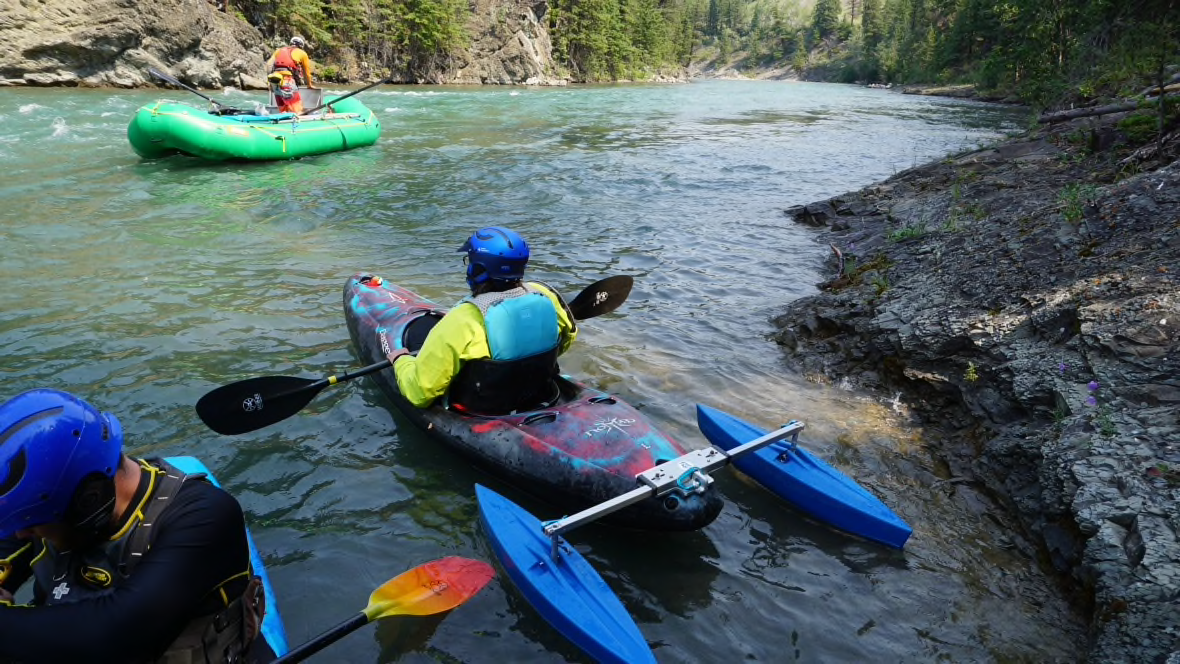 For a year, McAvoy helped Wojcik train, and ran through all the possible things that could go wrong.

He said he’s never worked with someone with this type of injury before.

“This was my first. My first exposure to it, and that was great. Yeah, you really get to be creative and there’s no resources on this type of thing,” he said. 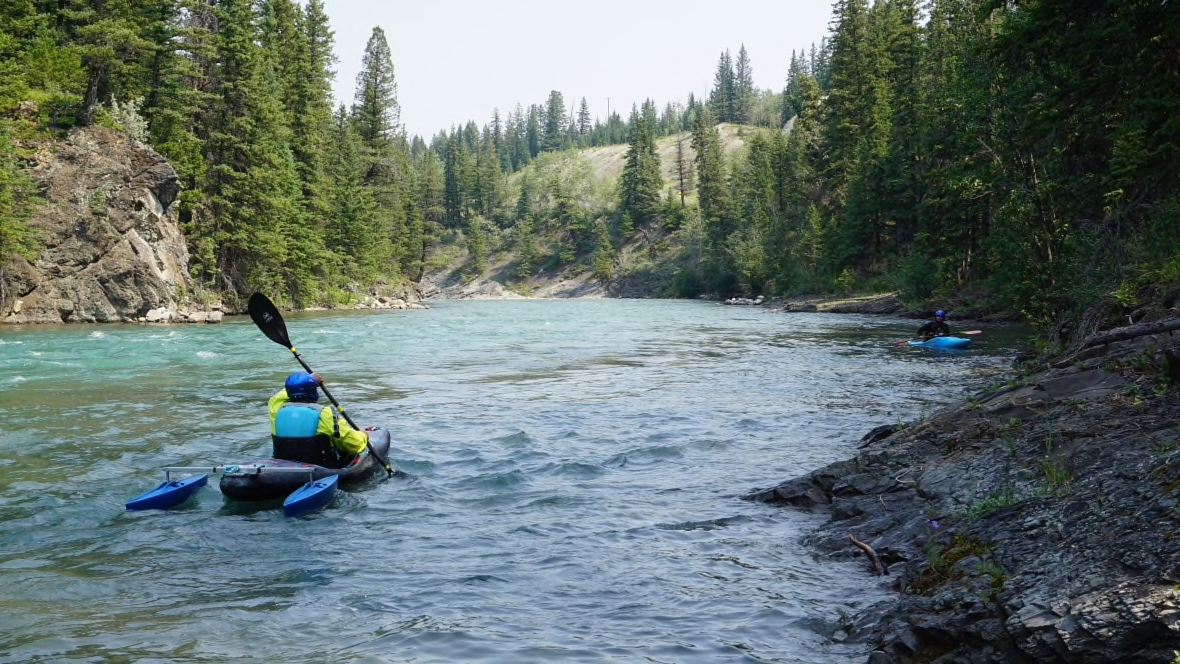 Now Wojcik is hooked, dreaming of her next adventure — perhaps a class 3 river in the coming years. 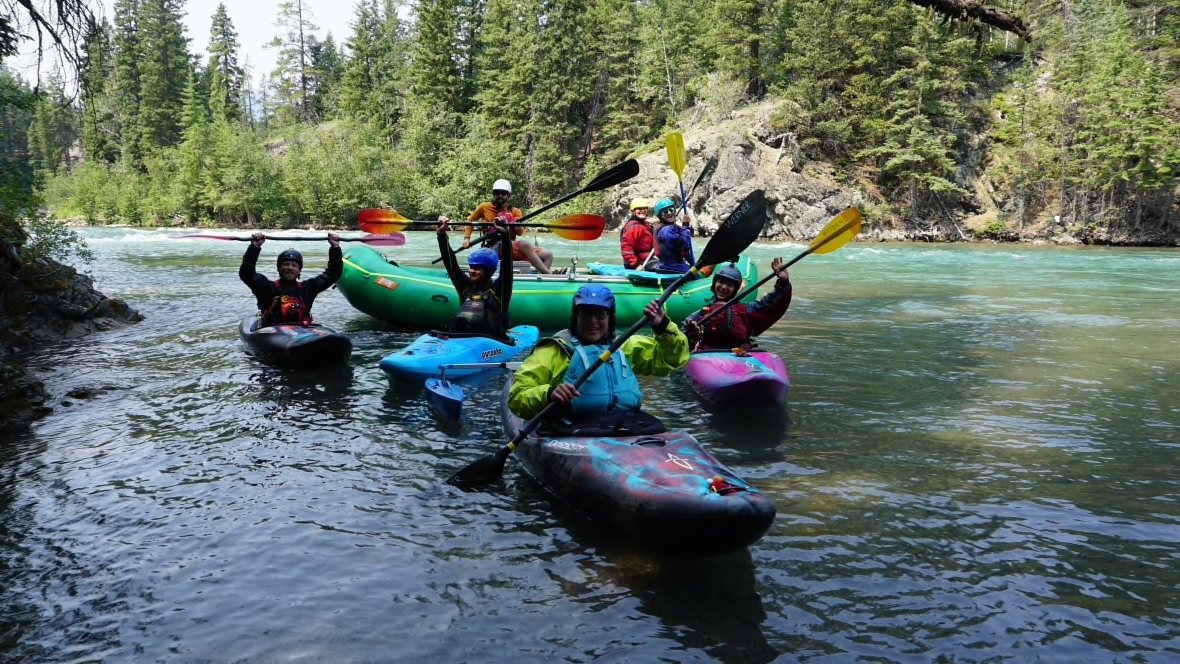