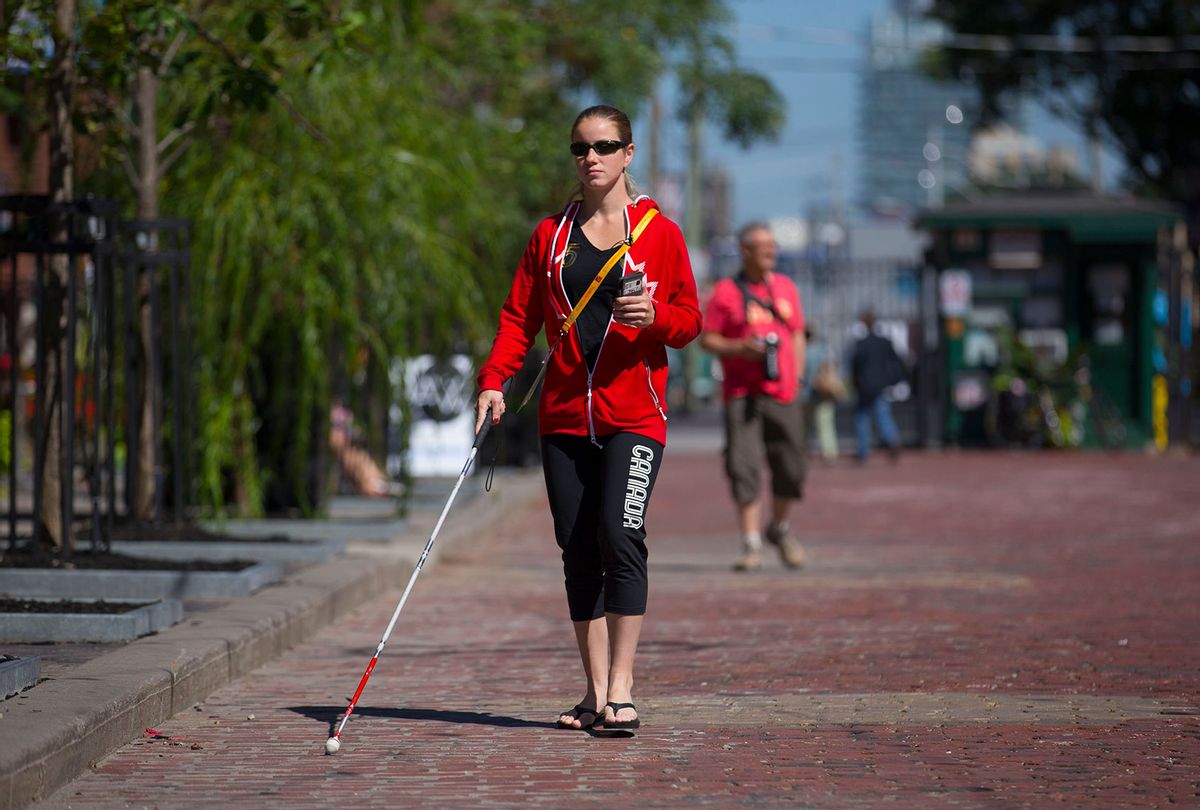 Parapan Athlete Tiana Knight demonstrates Blindsquare, an iPhone app that helps blind people by voicing out what’s around them. Chris So, Toronto Star via Getty Images

We are researchers who focus on technology design that is usable for people with all kinds of disabilities. We’ve found that more needs to be done to make technology accessible and inclusive, such as improving design tools so they are accessible to screen reader users. 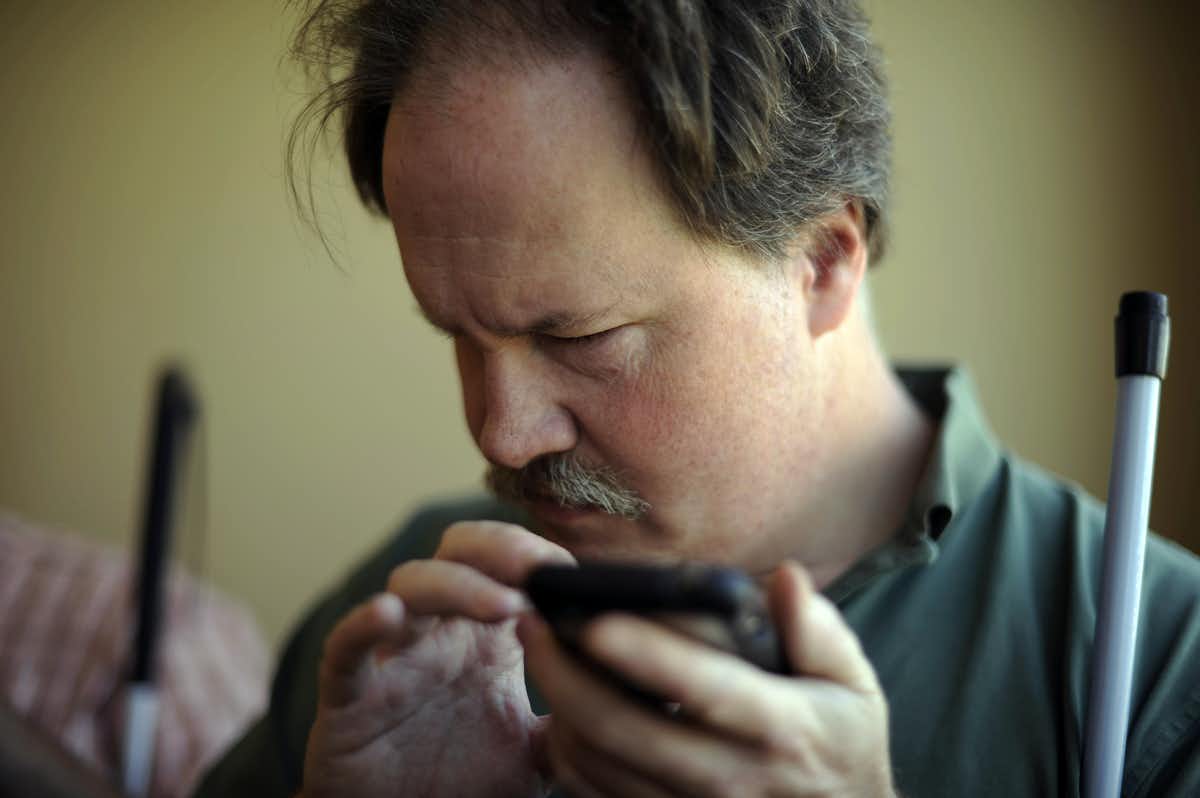 A man checks Facebook on an iPhone using the screen reader VoiceOver. Hyoung Chang, The Denver Post via Getty Images

It’s not just a matter of fairness and inclusion. Accessible technology is generally better for everyone. An app or website that causes problems for a screen reader is likely to be more difficult than an accessible app or website for anyone to use because it will take more time or effort.

To solve this, accessibility researchers used the whole touch screen as an input and navigation control, similar to a game console controller. Instead of having to touch a particular part of the screen, users can tap anywhere in response to audio prompts. These insights would have been impossible to come by without including blind people in the evaluation and design of touch screens.

One way to make apps and websites more accessible is to have people with disabilities designing the technologies. But the design process itself is not very accessible to those very people. Few tools in the user interface designer toolbox are themselves accessible. It’s a Catch-22. 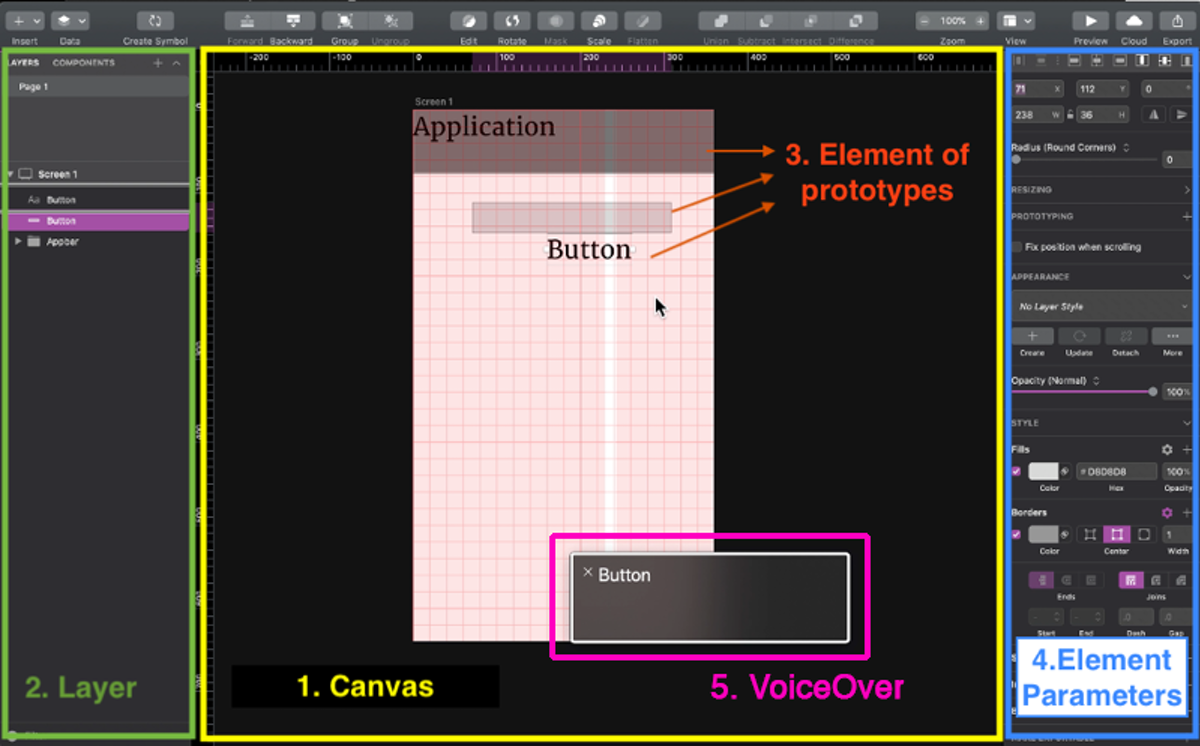 A screen shot of a prototyping tool’s four major components: the canvas workspace, navigating layers of content, the individual elements that make up the design and the element parameters. VoiceOver is enabled and its visual caption panel floats on top of the canvas workspace, indicating that a button is selected.

Ultimately, the limited access uncovered in our research is severe enough to conclude that a blind designer would not be able to use the software to create mock-ups of their own.

Accessibility is an issue that touches everyone. Providing access to technology is legally required in most cases. In the past, organizations that failed to provide adequate access have faced lawsuits.

But accessibility is also a hallmark of good technology. Many technologies that people take for granted today came about when innovators designed for users with disabilities, including optical character recognition, which allows computers to read printed text.

Building accessibility into the design process is crucial. And while it is useful for designers to be aware of how users with disabilities interact with technologies, the most powerful insights may come from those with disabilities themselves. No matter how much empathy designers glean from researching user behavior and preferences, it can’t replace the benefits of having a piece of technology built by people who actually use it.