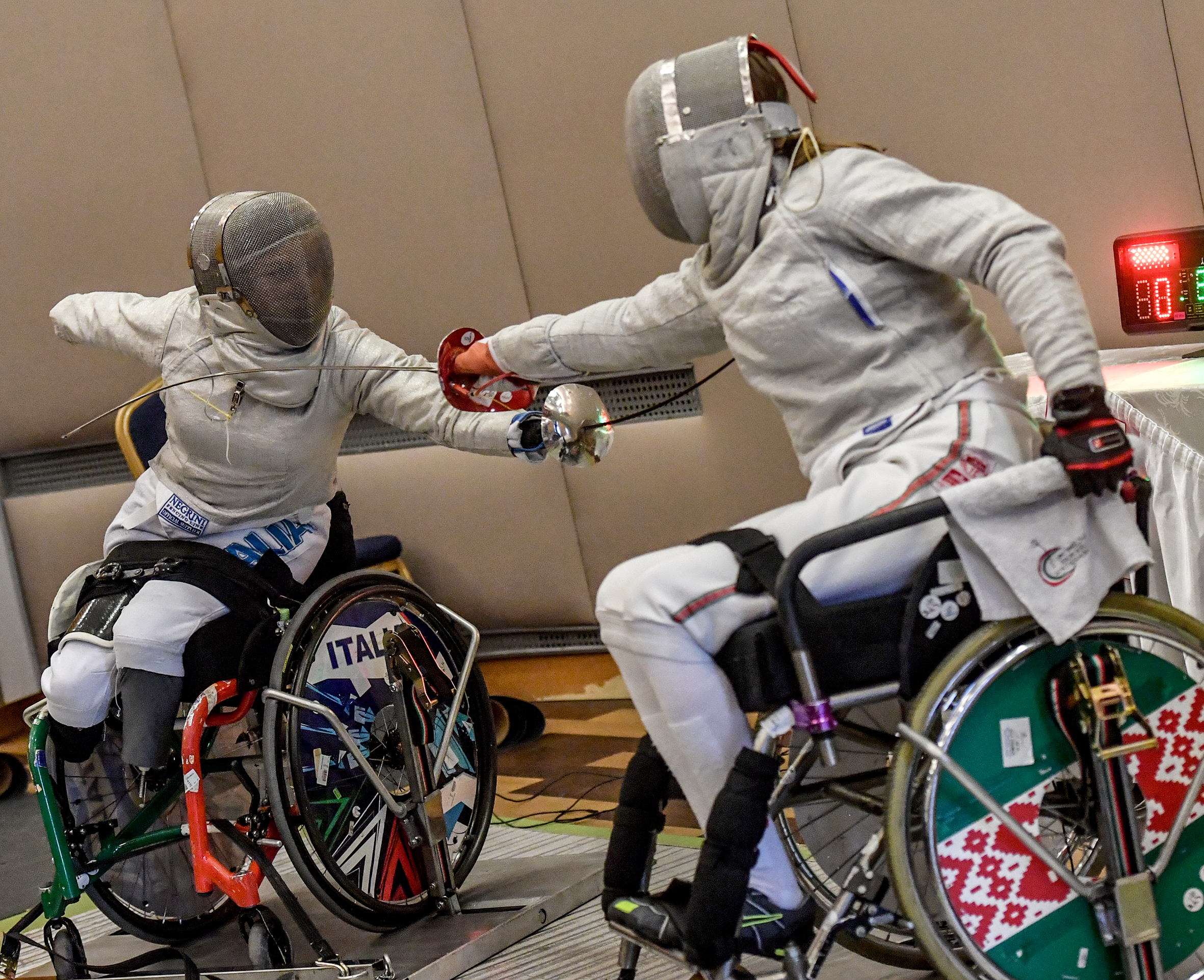 Kai Mengell never saw himself doing any sort of sport until a few years ago. Now he’s found a perfect match—fencing, where he can use his sharp mind and explosive hand-eye coordination and pinpoint accuracy to stay ahead of his rivals.

“At school, I didn’t participate in sports because I couldn’t do stuff like the other kids,” says Kai who, at the age of seven, had a brain tumour removed that was growing in his cerebellum—the part of the brain that controls motor function. After surgery he was left with a condition known as ataxia—a loss of limb control that causes shaking on his left side including his left hand and leg.

Kai who is now fifteen, can’t recall what inspired him to ask his dad if he could try fencing, but he took to it right away. “I just love the sport,” says the affable youngster, who has been going toe to toe with opponents for four years now. “You don’t really have to be that athletic or in tip-top shape. It’s like playing chess, but with two queens, and it’s lightning fast. I’m always thinking about my swordsmanship, my opponent’s next move and how I’m going to counter it.” 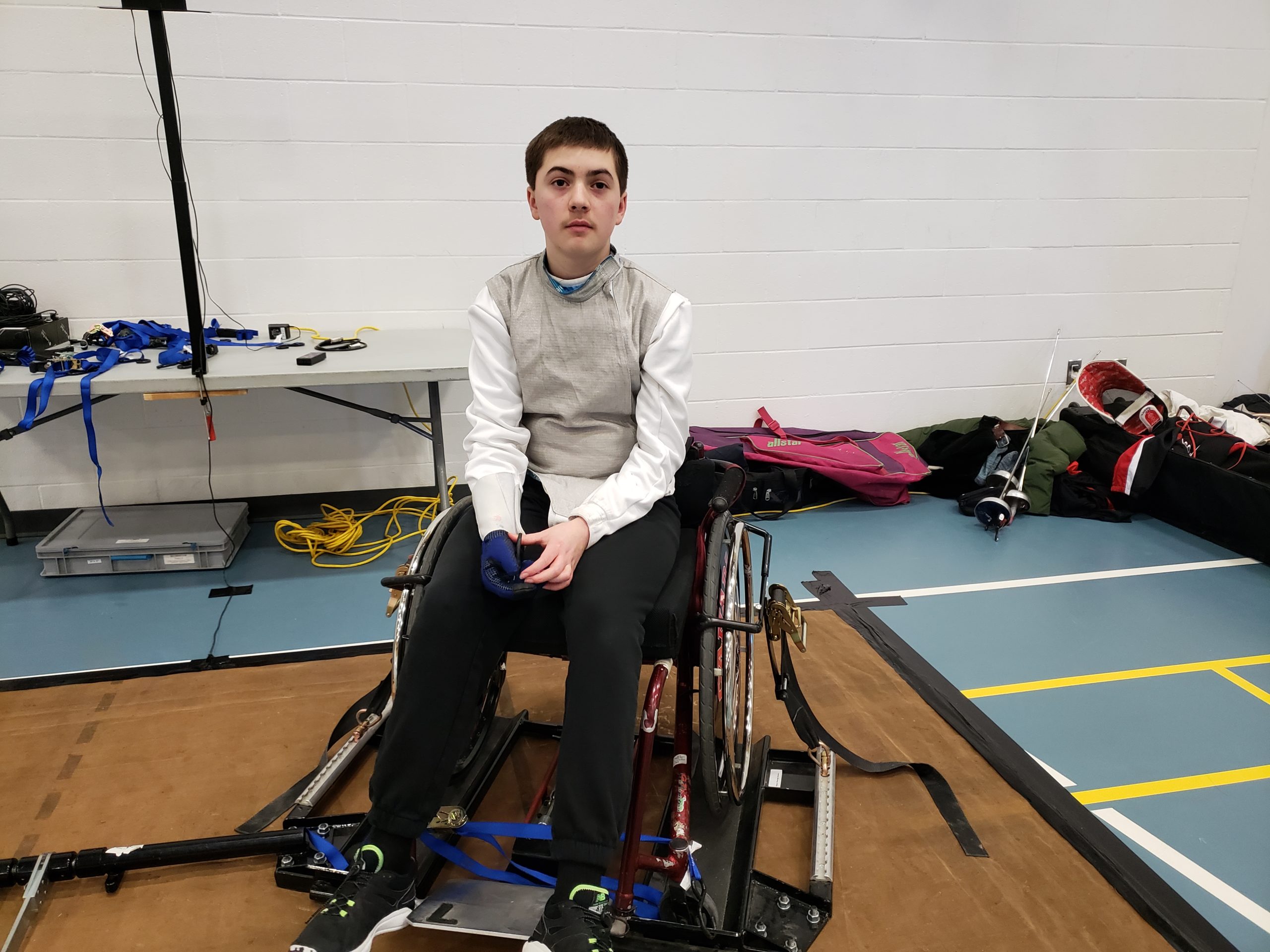 The day the Saskatchewan teen expressed his interest in trying the niche sport, his dad Phil happened to mention his son’s interest to a colleague at one of his job sites. As luck would have it, she turned around and chuckled, “I’m the President of the Fencing Club— come on down.” And that’s how Kai’s fencing career began.

Fencing is a group of three related combat sports. The three disciplines in modern fencing are the foil, the épée, and the sabre. Winning points are made through the weapon’s contact with an opponent. One of the oldest Olympic sports, fencing emerged from medieval times when men in high society learned to use swords as a form of defence. During a bout, fencers score points by touching their opponent in one of the approved target zones. The zone changes depending on which weapon they are using. A traditional white fencing uniform is worn with a protective jacket, mask, breaches and gloves. In épée, wheelchair fencers also wear an apron across their lower body to cover the legs and the chair. In foil and sabre events, the fencers wear a lamé over the white jacket.

In both cases, this is to help depict the scoring target.

Kai is now hooked and travels twice a week from his home in Prince Albert to train at a club that’s an hour away in Melfort. He fences standing with able-bodied athletes given that there are only a few wheelchair fencers in the entire province of Saskatchewan. While he struggles at times to keep his balance on the piste—the narrow 14 metre long, 1.5 metre wide strip where the action happens—he’s on equal footing in a wheelchair bout.

At first, Kai was reluctant to try wheelchair fencing because he hates to stand out and wants to be treated as an equal. But in 2018, his father secretly asked Ryan Rousell, the top wheelchair fencer in the province, to invite Kai to give it a try. Kai couldn’t refuse. “I know I’m a bad parent for going behind his back but sometimes he needs a little push,” claims Mengell Sr. Remarkably, Dad makes all of Kai’s fencing wheelchairs, hunting down hospital wheelchairs on Kijiji and cutting and welding them together so they’re better suited for the sport.

“The hair on the back of my neck stands up when I see our sport displayed this way. I love to see fencing on TV like this and to be able to showcase it to the world.” – Lynn Seguin

During a wheelchair fencing match, athletes are strapped into their chairs. Clamps go over the wheels, so they don’t move. There is little room for error. Competitors require laser vision focus when it comes to watching their opponents as they try to take advantage of any mistakes they might make during the bout. Athletes like Kai are drawn to the speed. As one coach rightly explains, wheelchair fencing is “fast, furious and super high speed.”

Kai has few opportunities to participate in wheelchair fencing because of a lack of opponents. So, Phil is in the process of making more wheelchairs for the club to have some of its able-bodied athletes fence Kai using a wheelchair. To try to develop the sport in the province, the Saskatchewan Fencing Association also added an open event at its annual tournaments for athletes of all ages and abilities, which has all the participants competing in wheelchairs. Most of the clubs hold similar events when they host competitions.

Lynn Seguin, coach of the Saskatchewan Fencing Club and chair of the Para Fencing Committee for the Canadian Fencing Association, says this kind of open event has been well received by the able-bodied athletes. “It is a really big draw. They can’t believe how difficult it is. You can’t move the way you’re used to in able-bodied fencing. You have to react much more quickly.” Seguin says stand up competitors find it “pretty wild” when they try the sport for the first time in a wheelchair.

And Seguin has these words of advice for any parents looking to see if this sport may be for their child. “If you have a geeky child who’s into sci-fi thrillers, online video games, or if they like physical chess, this is a sport they might like to play. You don’t have to be overly athletic; you just need to have emotional intelligence.”

Wheelchair Fencing was one of the original sports in the first Paralympics in 1960. The founding father of the Paralympics, Sir Ludwig Guttmann, was a keen fencer himself and recognized the potential for it to be adapted to a wheelchair.

Seguin says it’s been a bit of a struggle to develop the sport in Canada. For one thing, equipment can be rather expensive, starting with the wheelchair, which ideally is custom built and measured specifically for each athlete. (These chairs can cost upwards of $4,000 each).

It wasn’t until the 2000 games in Sydney that Canada sent its first wheelchair fencer and, while we have yet to win a Paralympic medal, there are high hopes for Tokyo 2021. There, Canada is hoping to have four competitors on the piste, including Saskatchewan’s Ryan Rousell. 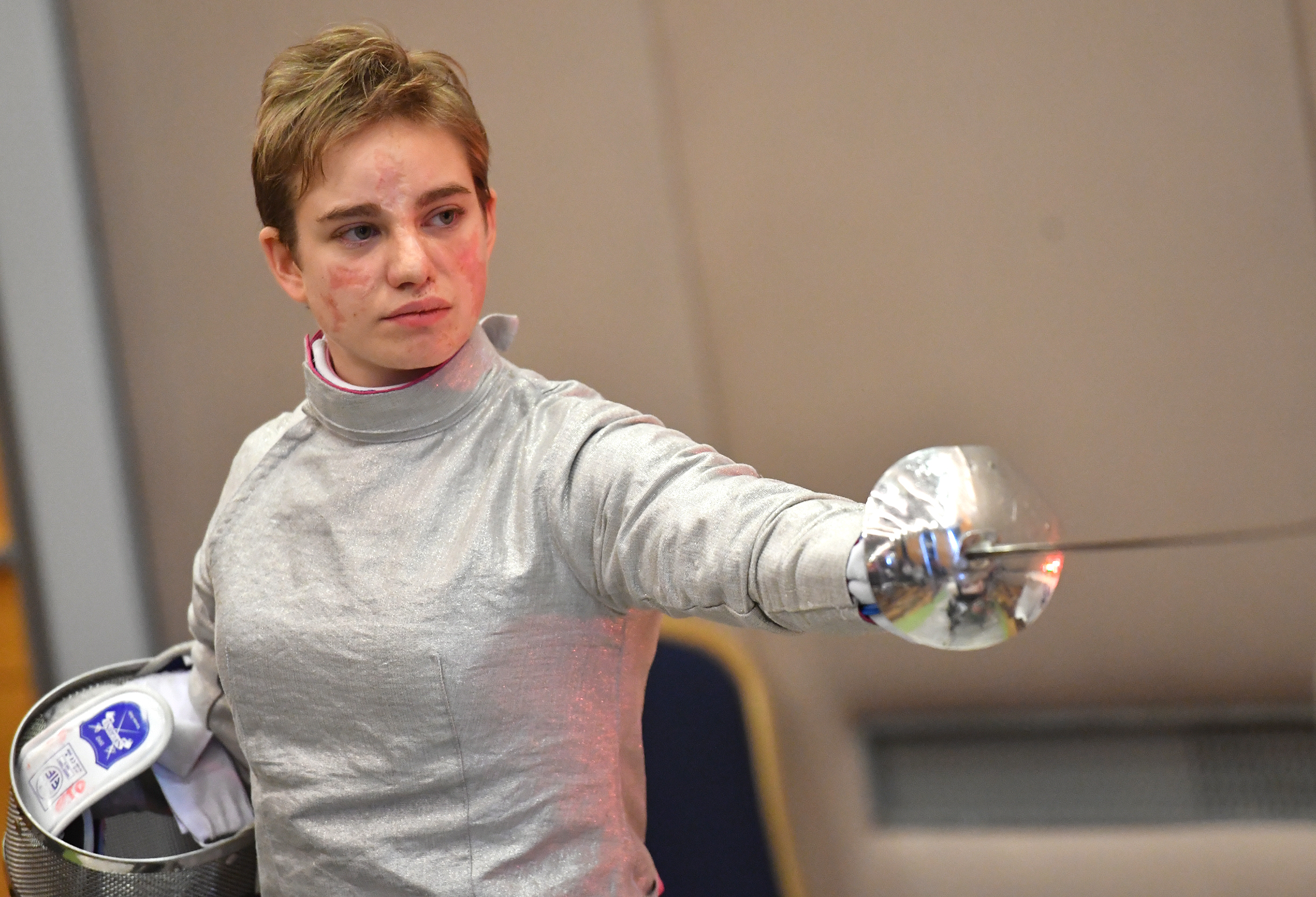 Wheelchair fencing’s star, Beatrice (Bebe) Vio from Italy has recently received unprecedented attention thanks to a Netflix documentary just released called “Rising Phoenix.” Vio, whose nickname is Rising Phoenix, lost both her arms and legs to meningitis when she was 11 and uses a custom prosthetic to hold her foil. The Los Angeles Times says in the documentary Vio exhibits “physical grace and lightning fast reflexes.” The artistry with which the film is shot beautifully highlights how innovation is helping propel the sport forward. “The hair on the back of my neck stands up when I see our sport displayed this way,” Seguin says, “I love it. To see fencing on TV like this and to be able to showcase it to the world is just awesome.”