Additional funding urged along with comprehensive plans and clear directives.

Like most parents, Sharon Roberts was anxious on her son’s first day of kindergarten. However, despite qualms about Alberta’s back-to-school guidelines amid the pandemic, she felt she had little choice but to send five-year-old Kip to school in person this week.

Kip has several neurodevelopmental disabilities and requires in-school supports to help him catch up to his peers, said the Edmonton parent. “The other issue is that we only get funding [for supports] if he goes to school.”

That Kip’s class will spend mornings outside — a measure that other COVID-anxious parents might cheer — has only compounded her worry since, because of his conditions, the youngster tends to run away or hide when feeling overwhelmed.

“We’ve had to call 911 to find him before,” said Roberts. “The school has been incredibly supportive, but they’re having outdoor learning for the first half of the day, which obviously creates other opportunities for him to go missing.” 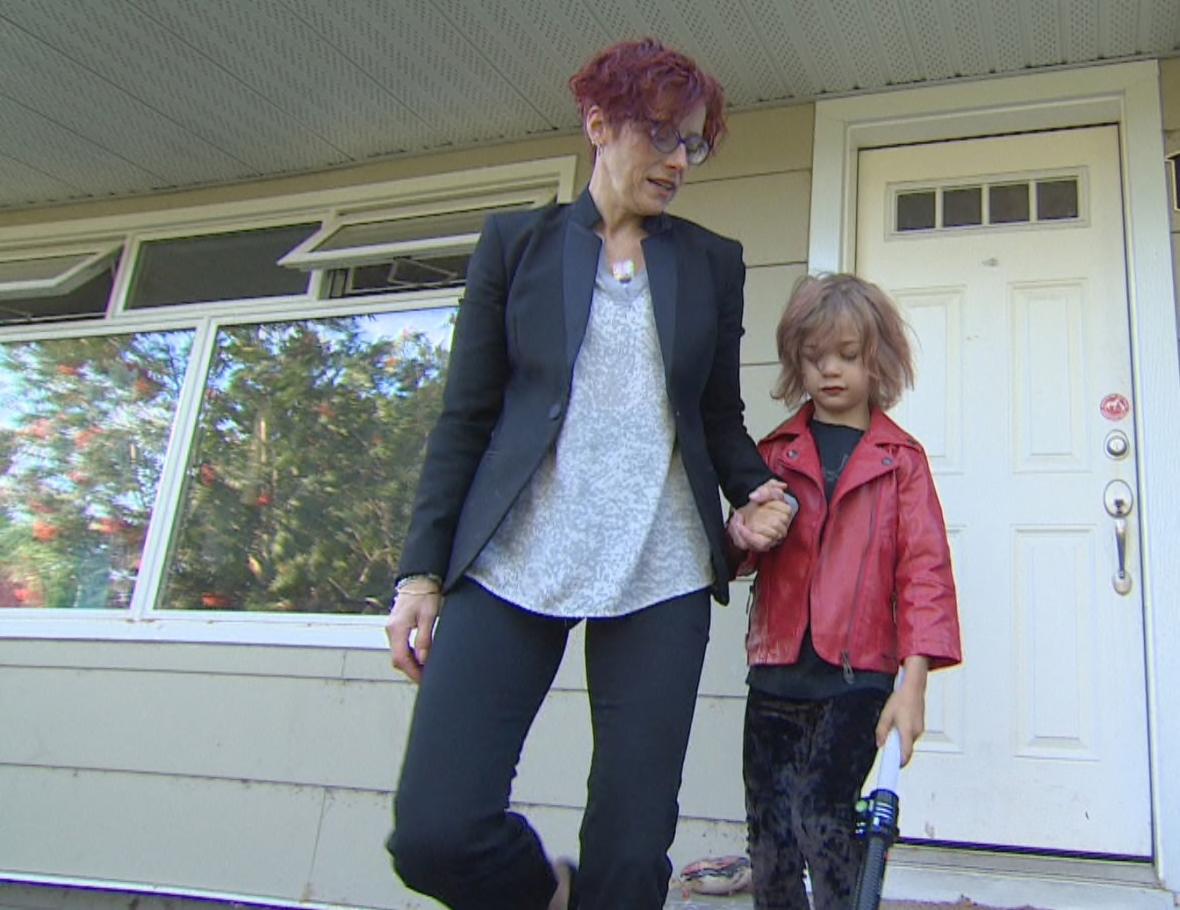 Like many parents, Sharon Roberts was anxious for her son Kip’s first day of kindergarten in Edmonton this week. But sending the youngster, who has neurodevelopmental disabilities, to school in-person amid the pandemic has added another layer of worry. CBC

While the pandemic has undoubtedly had an impact on all Canadian students, advocates for students with disabilities say COVID-19 has had a disproportionately negative effect on this particular group.

As the fall term gets underway, supporters of kids with disabilities say not enough is being done to ensure these students will be fully and safely included as schools resume.

Across Canada, a wide variety of students access school support services, including those with learning disabilities, autism spectrum disorder or mental illnesses as well as children who are blind, deaf or who have physical challenges or disabilities. 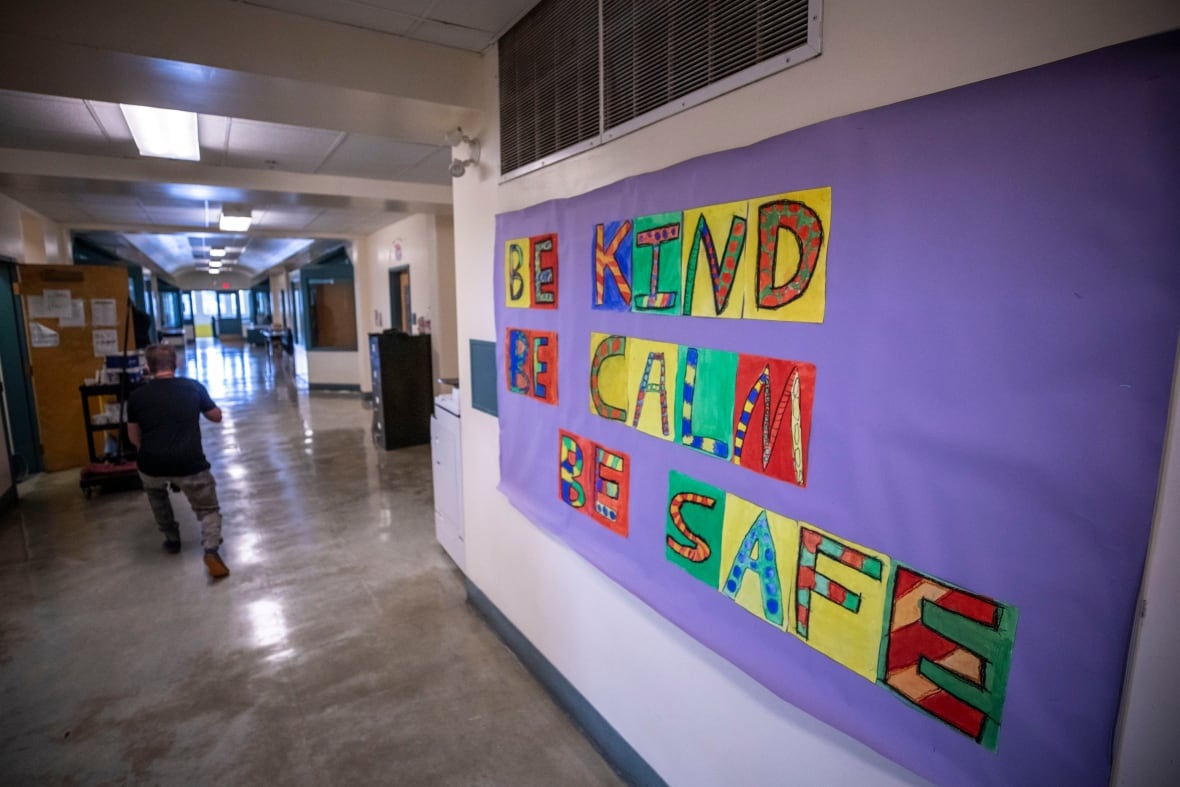 Advocates and families of kids with disabilities say not enough is being done to ensure these students will be fully and safely included as classes resume this fall. Ben Nelms CBC

The Ministry of Education in each province and territory has developed its own directives for reopening schools and typically included within those plans is how to accommodate students with disabilities.

Some regions have specifically earmarked additional funding this group as well, such as Ontario’s pledge of $10 million and Québec putting $20 million toward specialized educators to bridge pandemic-related education gaps, in particular for students with learning disabilities.

But a common refrain from families and advocacy groups is that significant additional funding must be accompanied by comprehensive plans that specifically address learners with disabilities, with clear directives for school districts to follow.

Canada’s education system has historically been designed and operated principally for students without disabilities, said David Lepofsky, chair of the Accessibility for Ontarians with Disabilities Act Alliance.

“What we need is an education system that is designed for all kids and that treats all kids as equals. That was a problem before COVID, but it’s become an even bigger problem in the face of COVID.” 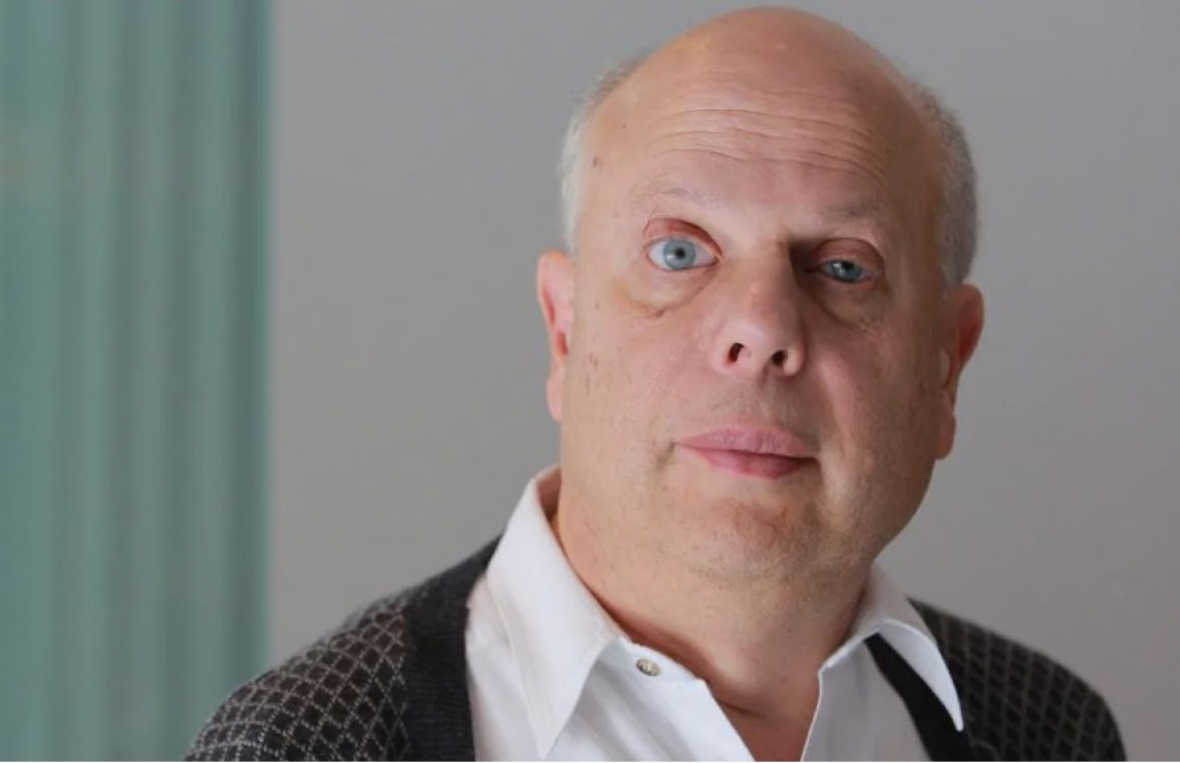 David Lepofsky, chair of the Accessibility for Ontarians with Disabilities Act Alliance, says many reopening plans are vague, offering little guidance beyond ‘if you have kids with disabilities, don’t forget to accommodate them.’ Tina Mackenzie CBC

Lepofsky considers many reopening plans to be frustratingly vague, offering little guidance beyond “if you have kids with disabilities, don’t forget to accommodate them.”

“It’s harder when a child has vision loss and can’t tell where the lines are marked,” Lepofsky said. “It’s more complicated for kids with behaviour issues, who may not understand it that you can’t go on to hug another kid.”

These situations are applicable across Canada, he said, since a student with vision challenges and learning remotely would have the same trouble reading an inaccessible online school assignment regardless if they are living in Nova Scotia or British Columbia.

Lack of clarity in school reopening plans leaves it up to individual school boards and principals to determine how exactly to implement supports, Lepofsky said, expressing concern some might simply decide to tell students with disabilities to “just stay home” rather than puzzle over how to integrate them.

“If every school board, if every principal, has to scramble to figure out what to do — if they each have to reinvent the wheel — that wastes money, duplicates efforts and is a formula for messing up.” 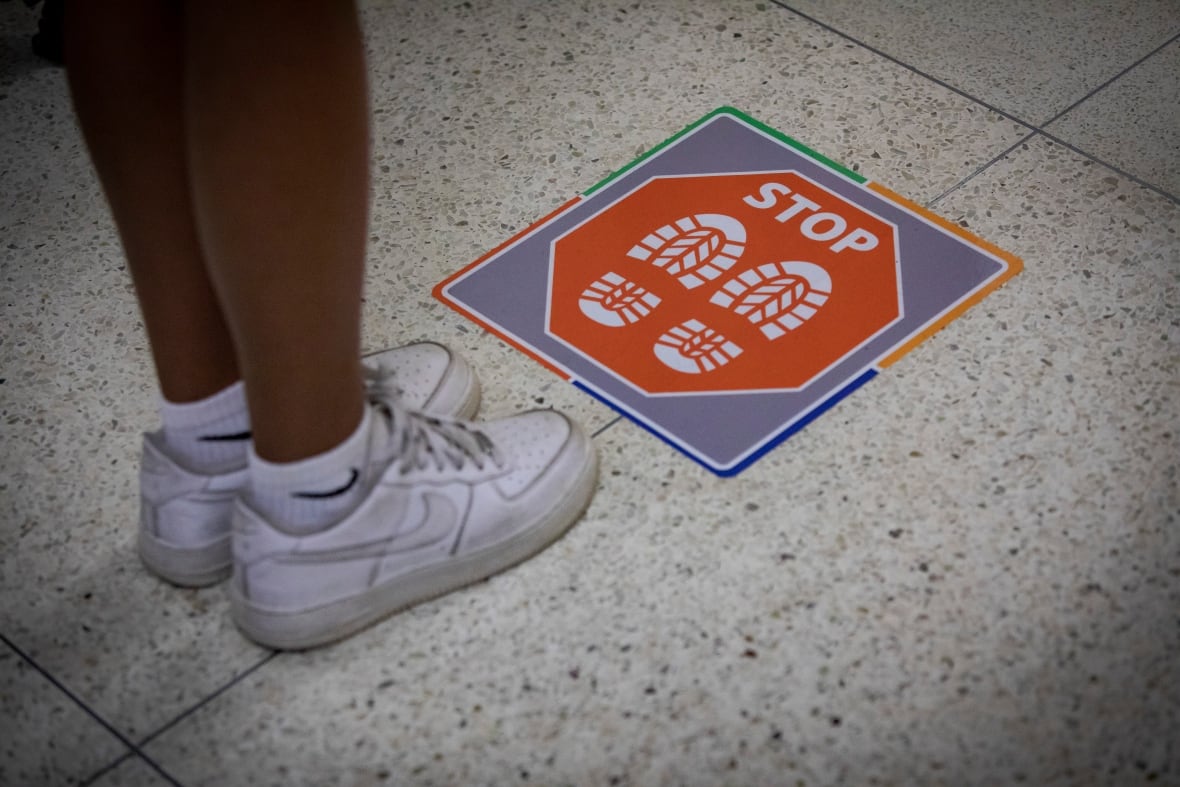 Many schools have installed floor markers to encourage physical distancing. But consideration must be made for students with disabilities since, for instance, ‘it’s harder when a child has vision loss and can’t tell where the lines are marked,’ says Lepofsky. Evan Mitsui CBC

The superintendent in charge of special education at Canada’s largest school board said she recognizes those concerns.

“I hear his frustration and the frustration of families,” said Angela Nardi-Addesa, Toronto District School Board’s systems superintendent of special education and inclusion.

She said the TDSB is working with multiple partners — including public health, local community care providers and staff advocates for vulnerable students — to follow ministry reopening guidelines and to “identify and recognize any potential barriers [and try] to remove them before the students start school.”

Nardi-Addesa said, however, that her board continues to face challenges in addressing “all the needs in a timely fashion.”

Ottawa parent Claudine Santos can attest to the still-shifting, last-minute atmosphere of back to school this year, as her son William, who is blind, heads into Grade 2.

“I was told two days ago that my son’s return to school date had been changed — and I understand that when I found out is when several teachers found out. That does not fill me with a great deal of confidence that we have given this the kind of thoughtful planning that is required,” said Santos. 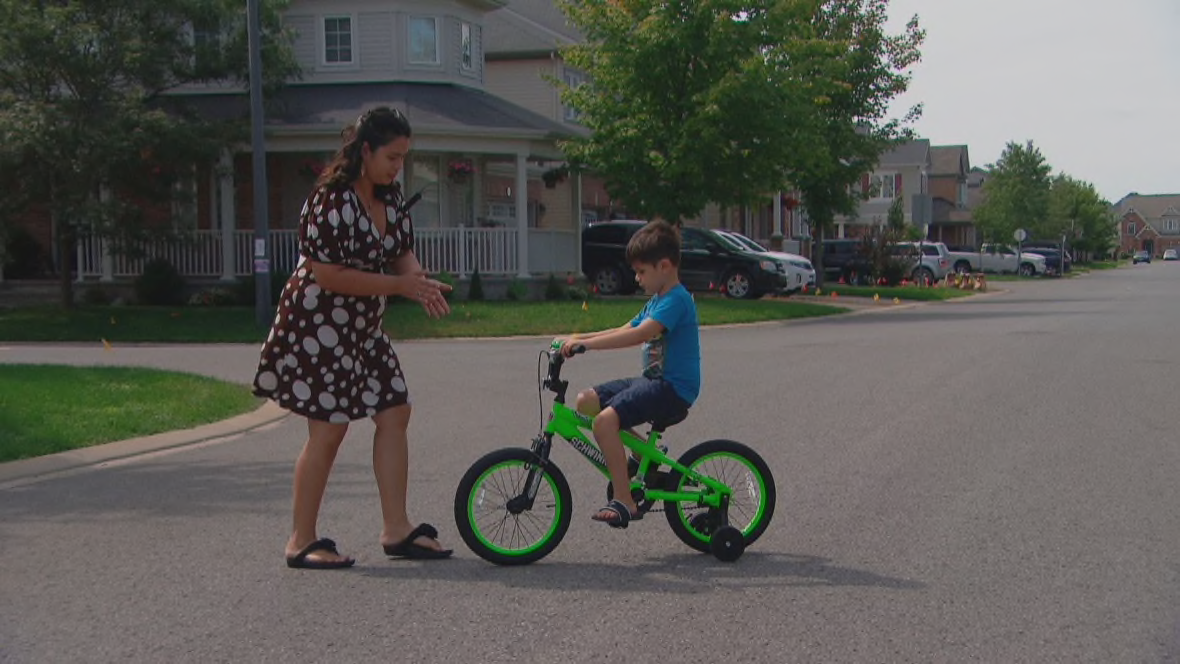 Claudine Santos claps her hands in front of her son William, who is blind, to help him practise riding his bike in their Ottawa neighbourhood. She has taken an active role in advocating for the seven-year-old’s education needs, but said that not all parents are able to do the same. CBC

Santos, who also serves as president of the parent group VIEWS for the Visually Impaired, has taken an active role in seven-year-old William’s education.

Last spring, she worked with school support staffers to address his needs during remote learning and also adapted materials he received.

For the fall, she helped establish a hybrid in-person and online learning plan with his principal and teacher. William will have dedicated classes in a Braille room at school each morning. At home in the afternoon, he’ll log on for a few hours of learning online, facilitated by either Santos or her husband.

“I have access to a great team for my son’s day-to-day care at school,” she said.

“But there are lots of parents that I know [who] lack either the language ability or the capacity to help their children through school… If you are new to this country and your child has a disability, you can’t advocate for them the same way.”

In this back-to-school period, “parents are stressed” doesn’t go far enough to describe what people are feeling, Santos said. “Really, there’s a mixture of guilt and frantic energy as parents try and figure out what is best for their family situation.”