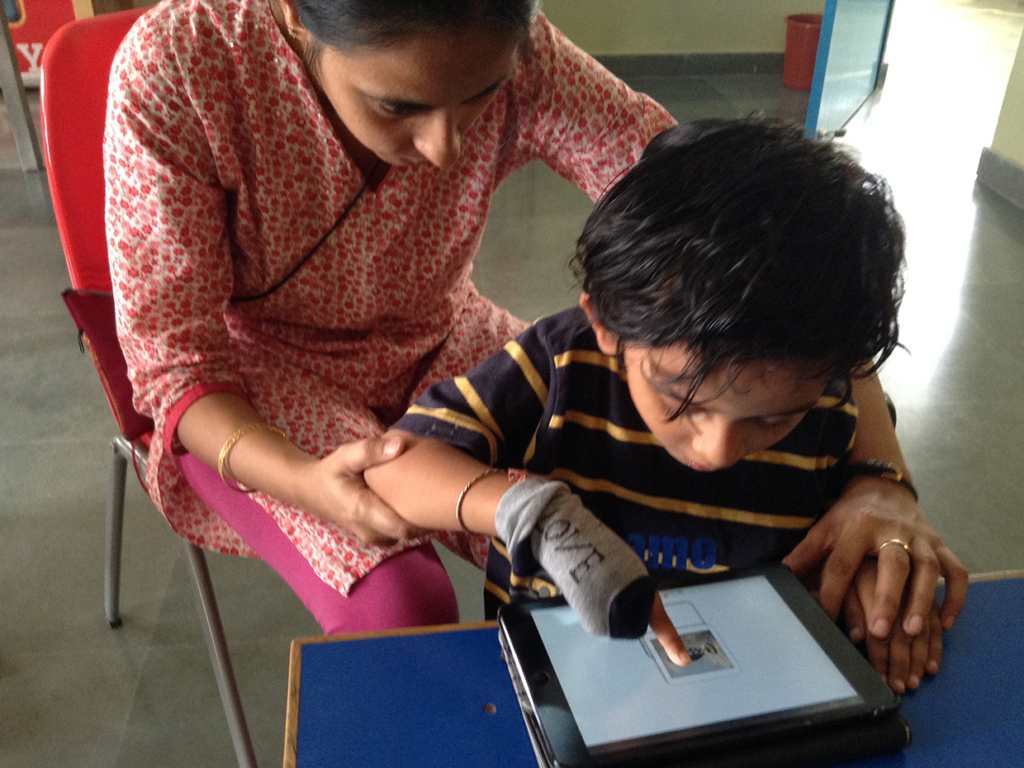 For more than seven years, Blessin Varkey has headed the accessibility lab at Tamana, a New Delhi–based nonprofit that runs two schools and a skill development center for individuals with intellectual, learning, and developmental disabilities. At the lab, his team creates tech tools for sharpening the cognitive, behavioral, and social skills of students.

Varkey has been invited to speak about accessibility at national as well as international forums such as the ACM SIGACCESS Conference on Computers and Accessibility, USA, and the Microsoft Enabling Opportunities Summit in Singapore. Initially though, translating his tech skills for the needs of people with disabilities posed a unique set of challenges.

When he introduced a tablet-based app, TOBY (Therapy Outcomes By You) Playpad, for the organization’s autism center, he faced skepticism from parents. “They said tablets won’t work,” says Varkey. “Their natural response to this would be that the child might throw it.” The app is packed with activities that help bolster cognitive and communication abilities of individuals with autism. Tamana collaborated with Deakin University, in Australia, one of the app’s developers, in May 2013, to create two prototypes—one in English and the other in Hindi—tailored to Indian culture.

In the end, the students adopted the technology well. “None of the students broke the iPads!” says Varkey. It was his first hallelujah moment in this field of work, as he was able to finally win the confidence of both parents and professional educators in the field.

Moreover, he had to “actually step out of the technology domain completely to understand how the disability sector works.” Varkey carefully studied students’ behavior—and that helped him design tools that meet the needs of particular groups. An app that works for a student with attention deficit hyperactivity disorder, may not work for an individual with autism spectrum disorder.

Capitalizing on this experience, Varkey’s team later developed an app called Hope for Tamana that uses Microsoft Kinect sensor to detect hand and foot motion and reflect it onscreen. Anuradha Dutta, a headmistress at one of Tamana’s centers, says the Hope app improves students’ joint-attention, locomotor, and math skills, among other things. “Most importantly, they learned to work under the pressure of time limits,” she adds.

Varkey’s work on Hope earned his team a prestigious social innovation award from the country’s leading IT trade association, NASSCOM. If young techies are interested in moving into this challenging but rewarding field, they need to study the sector, Varkey says. For example, in the field of accessibility, the key is to understand the needs of the different groups of students and the educators. He advises against the “I’m a technologist and I’ve got a solution for you” approach to tackling a problem.

First, study the challenge, he says, and then explore the tech. Observing students helped Varkey fine-tune his tech solutions, and he wants app makers to do the same. “If a student is not working on the application [on a particular day], you make that note and report that [to the educator],” says Varkey. “Try to find from their educator if there was something wrong that had happened [to the student].” He reiterates that minor details like this affect the research of tech solutions.

The nonprofit sector, he says, can provide immense job satisfaction and be a viable alternative to the corporate life. “If [I] make some sort of change in one person’s life, that works for me,” he says.

Saurabh Srivastava, a former researcher at IBM Research India, who partnered with Varkey on Kinect-based apps, says that Varkey’s enthusiasm even trumped that of educators. Varkey is mulling future avenues and at the top of his list is pursuing a PhD in accessibility. “That will help me spend more time on research and allow me to delve deeper into the tech aspect [of accessibility],” he says.