According to Alzheimer’s Research UK, one million people in the UK will have dementia by 2025 and this will increase to two million by 2050.

This increase is a real concern, especially as the care system is already under strain.

As dementia progresses in a person, their memory and thinking will become more affected. This means they will have to adjust how they do everyday tasks and eventually a carer will be needed to support them in their daily activities.

Adjusting to needing more support can be difficult and upsetting, and in addition to negatively impacting confidence, self-esteem, and independence, it can leave people living with dementia questioning their sense of identity.

Final year Industrial Design student James Bayliss has designed ‘AIDE’ – a smart mobility aid that helps people with dementia live independently and safely in their own home for longer, whilst reducing the strain on the care system.

AIDE is comprised of a smart walking stick, a wall charger, and a series of Bluetooth beacons that would be placed around the home. 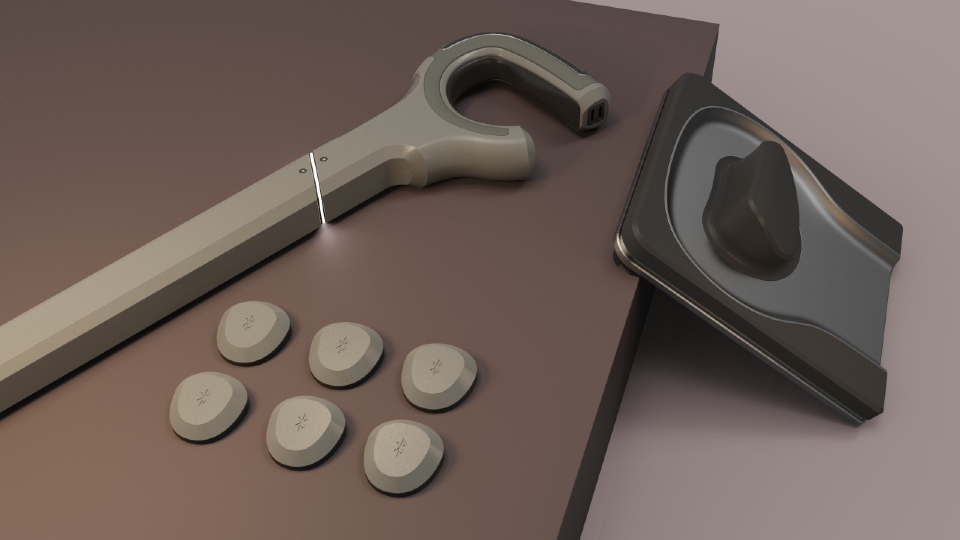 The product works by tracking a person’s daily movements in their home and identifying any actions out of the ordinary.

As the person moves around the house with the walking stick, the stick communicates data to the beacons.

Using pattern recognition software and machine learning, this data is turned into a ‘behaviour map.’

AIDE can then identify unusual behaviour – for example, if a person is in the bathroom for much longer than usual, or if the stick moves in a certain manner, which may suggest a fall – and then alert the care network via an app so someone can make contact with the person with dementia. 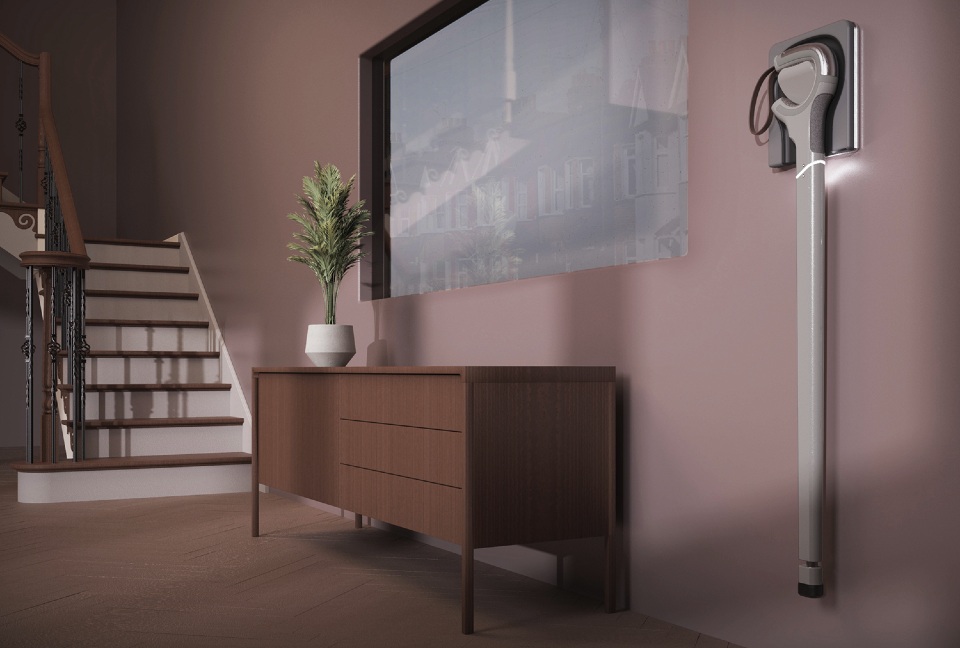 “This system allows the care network to be able to intervene if something goes wrong without having to be present the whole time. It’s about creating a safety net”, explained James.

“In my early research, it became very clear from speaking to members of care networks for people with dementia that a cohesive approach to care is what allows people with dementia to feel comfortable in their own space and allow them to continue to align with their sense of self, and as an extension of this, their own independence.

“Currently, the undertaking required to orchestrate and organise all of the independent actors that make up a care network is massively stressful for the primary carers and can feel very disjointed for the person with dementia – AIDE aims to streamline this.”

Several aspects of the electronic and mechanical functions have been prototyped and tested by James, including an adjustable code for fall detection and the accelerometer/gyroscope chip that allows the system to understand the orientation and movement of the walking stick.

He now hopes to bring all the technology together into a fully functioning prototype and perfect the behavioural mapping and app.

Of what he ultimately hopes to achieve, James said: “This project is a product of a large amount of research and design development that has allowed me to understand and explore the problems and pain points that are experienced by people trying to retain independence within their own home whilst dealing with the progression of dementia.

“I would hope that this rigorous process has yielded a product proposal that could genuinely make a difference for both those who have dementia and the care network they have around them.”

AIDE is being exhibited as part of the Degree Show 2021. For more information on the Show, click here.

Switch Control changed my world
Alberta athlete shooting for podium at 2018 Winter Paralympics
Recent trends favor use of bracing for knee OA
Daily walking does not have a negative impact on knee osteoarthritis
Canada as single-payer exemplar for universal health care in the United St...
Child care providers often lack the training, resources to serve children ...