“He’s a regular boy. He likes sports and has a ton of friends,” said Kathy Ryan, Brennan’s mother.

But, at the same time, Brennan, who has Charcot-Marie-Tooth disease (CMT, specifically subtype CMT1A), is no ordinary kid. His mother, who has extremely mild CMT symptoms, knew something was wrong from the time her son was six months old. He had trouble moving around and didn’t start walking until he was around two years old. The developmentally delayed baby started physical therapy before his first birthday and, as a toddler, he had trouble with balance and couldn’t run or jump like the other kids, Kathy said.

Once diagnosed with CMT through genetic testing, Brennan immediately began wearing SureStep SMOs (supramalleolar orthoses) to help his excessive pronation and other symptoms.

“The SMOs helped his overall stability and gait. They also gave him confidence,” Kathy said. 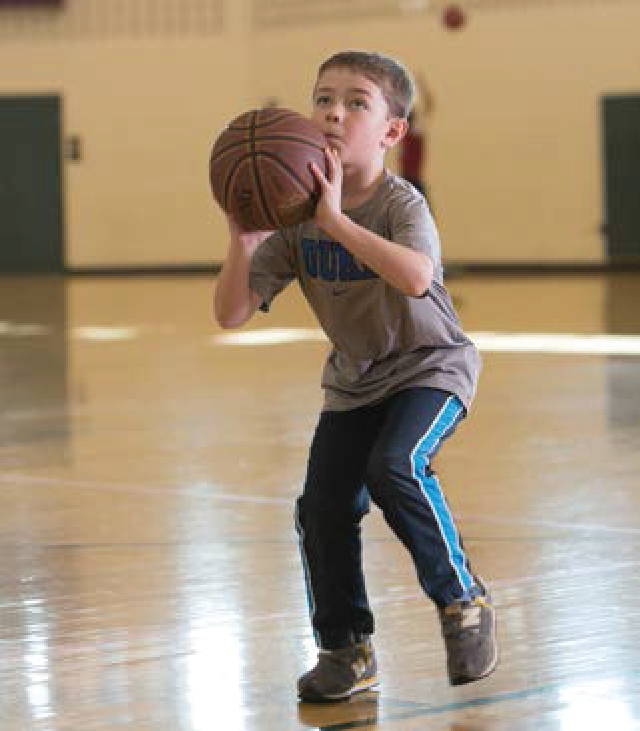 Orthotic devices have played a bigger role in Brennan’s life as his CMT symptoms have become more severe over the years, said Kathy, who also has twin 12-year-old daughters who do not have CMT. Brennan becomes fatigued easily, frequently has pain in his feet and hands, and has trouble with weakness in his extremities. For example, his thumb dislocates often and he has difficulty holding a pencil. In school he uses technology, including an iPad with a keyboard, to help him write and keep up in class, said Kathy, who is a third- and fourth-grade teacher. Perhaps the hardest thing is watching her son come home from school wiped out or just lie on the floor after playing sports.

“It takes him awhile to gain his energy back,” she said.

Brennan goes to physical therapy once a week, and his mom also helps him stretch his legs at home. They’ve found that it’s important for him to do these exercises regularly, Kathy said.

“He’s a very bright boy and very aware of what he has [to deal with],” she said.

However, Brennan is happy to have orthotic devices that allow him to wear cool sneakers, just like his friends. Kathy and Brennan’s father, Kevin Ryan, just have to search a little harder for the extra-wide footwear brands that will fit over the devices.

“He wants the two-hundred dollar gym shoes that the other kids have,” Kathy joked.

Fitting in socially is certainly as important as shoes that fit, at least if you’re a kid from suburban Chicago like Brennan. At the same time, the Ryan family believes education about CMT and other neuromuscular disorders helps children accept differences among their peers. To this end, Brennan was happy to be chosen last year as a Muscular Dystrophy Association (MDA) Goodwill Ambassador for the state of Illinois.

“It was pretty cool. I got to do a photo shoot with a [Chicago] Bears player,” Brennan said.

Kathy explained that her usually more reserved son came out of his shell to appear on MDA posters and marketing materials. He also made some public appearances. One of these included going to an elementary school to talk to the kids about CMT and other neuromuscular diseases.

“I liked it, and I think I helped other kids,” Brennan said.