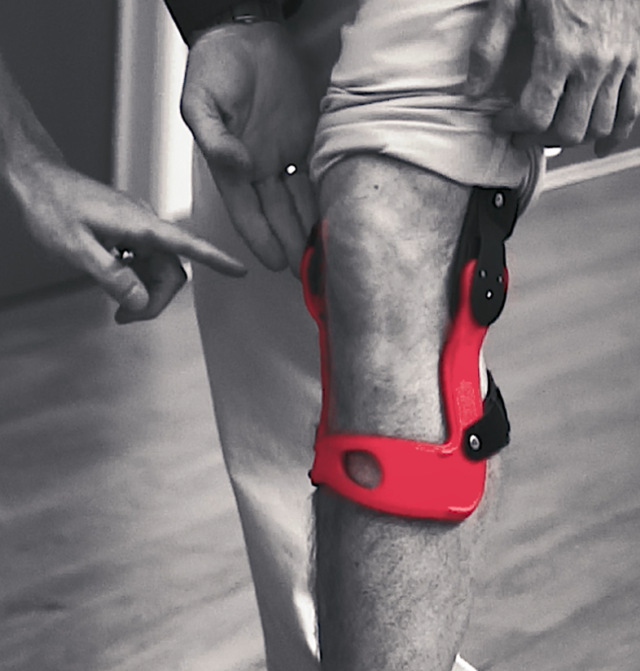 In many patients, cartilage lesions are likely to be progressive; early intervention aimed at limiting damage to articular cartilage may be critical for decreasing chronic pain and disability.

Current therapeutic approaches are considered primarily symptomatic, but there is potential to use available and emerging treatments to ameliorate the progression of OA. Needed are reliable biological markers. In the future, the focus will be not only on reducing pain and improving function but also on early detection and early intervention with chondroprotection.

Osteoarthritis (OA) has been estimated to affect about one-third of persons in the United States aged 65 years or older. Providing effective intervention aimed at avoiding long-term disability stemming from this disease is difficult because there is little capacity to heal articular cartilage damage and damage is likely to be progressive.

Although attention to early diagnosis and intervention in patients with OA has increased, which of the many currently available OA treatments are likely to have the greatest benefit in slowing or potentially reversing disease progression is unclear. There has been no consistent evidence that any treatment can slow the radiological progression of OA, but many interventions have been shown to have significant positive effects on biomarkers potentially related to disease progression.

This is the first article in a 3-part series on managing early knee OA in which we review clinical results for nonpharmacological and pharmacological treatments for patients with OA and summarize data related to their potential for altering disease progression. Although such information is limited, it may help clinicians select treatments for patients who have early OA.

In this first part, we describe the relationships among molecular changes, structural damage, and disease progression, as well as the rationale for early treatment and defining disease modification. The second article will discuss self-help and non-pharmacological interventions. In the third article, we will provide an overview of systemic pharmacotherapy, including acetaminophen, NSAIDs/cyclooxygenase 2 inhibitors, licofelone, diacerein, tramadol and other opioid analgesics, and calcitonin, as well as intra-articular treatments, including corticosteroids and hyaluronates.

Several studies have demonstrated close relationships between structural or molecular changes and the progression of symptom severity in patients with knee OA. In the Multicenter Osteoarthritis Study, which assessed 2210 persons at high risk for OA, 14% of them had stable radiographic OA and 27% had worsening radiographic OA between enrollment and the 30-month study end point.The risk of incident severe functional limitation in patients with worsening radiographic OA was more than double the risk in those with radiologically stable disease.

In a study of 2483 patients that correlated early changes in biochemical markers of bone (cross linked N-telopeptide of type I collagen), cartilage (C-telopeptide of type II collagen [CTX-II]) degradation, and x-ray film results, a significant relationship was found between higher CTX-II levels and radiological disease progression. Also, MRI showed elevated CTX-II levels to be associated with decreases in the mean thickness of medial and lateral tibial cartilage over 1 year of follow-up.

In a small-scale study of 120 patients with knee OA and 45 normal controls, P selecting levels in synovial fluid were significantly correlated with OA severity, as reflected by Kellgren-Lawrence grade. Over-expression of bone morphogenetic protein-7 and levels of osteopontin and endoglin in both plasma and synovial fluid also have been shown to be correlated with progression of knee OA, as determined by Kellgren-Lawrence grading.

Damaged articular cartilage has little or no healing capacity because its low metabolic activity and limited blood supply permit only a modest response to injury. In many patients, cartilage lesions are likely to be progressive. Therefore, early intervention aimed at limiting damage to articular cartilage may be critical for decreasing the chronic pain and disability associated with OA.

The cost of managing OA increases as the disease progresses. The annual cost of OA in the United States has been estimated at $128 billion; a major component of the direct costs is the management of later-stage disease (eg, joint replacement). The indirect costs of OA also are elevated in patients with later-stage disease; in a 2010 study, annual costs resulting from lost productivity were $6096, $13,251, and $17,214 per patient for self-reported mild, moderate, and severe OA, respectively. Quality of life for patients with OA also declines with progression of the disease.

Successful treatment for patients with early OA would greatly benefit them as well as the health care system because it could reduce long-term morbidity and the consequent high level of use of health service resources.

Early diagnosis and management of OA (perhaps even before it becomes symptomatic) to prevent subsequent pain and disability associated with this disease is supported by the National Public Health Agenda for Osteoarthritis, published by the CDC and the Arthritis Foundation.

A disease-modifying agent for OA has been defined as one that can slow, halt, or reverse the rate of disease progression. Of note, there is no current clear consensus on what end point in a clinical trial would provide evidence of disease-modifying capacity for an OA therapy. Although the current therapeutic approaches for OA are considered to be primarily symptomatic, there is potential to use available and emerging treatments to ameliorate the progression of OA.

Detecting decreases in joint-space width on plain x-ray films is the currently recognized technique for evaluation of cartilage damage and OA structural progression. However, the use of plain x-ray films for assessment of disease progression in patients with knee OA has significant limitations. Most important, radiographic evidence of OA is seen only after significant cartilage degradation has already taken place.

In addition, there are substantial differences in the apparent rate of joint-space width decline among knee OA patient cohorts that may be the result, at least in part, of inconsistent positioning of the knee when serial x-ray films are obtained and other technical factors.

The OA Biomarker Global Initiative, aimed at developing biomarkers for assessment of patients with OA, is a partnership with the National Institute on Musculoskeletal Diseases, the Osteoarthritis Research Society International, the American Orthopedic Society for Sports Medicine, and the Orthopaedic Research Society. The efforts of this group may lead to identification and validation of biomarkers that can be used in assessment of the disease-modifying capacities of established and emerging OA treatments.

Future therapies for knee OA will continue to be focused on reducing patients’ pain and improving their function. However, they also will be aimed at early detection and early intervention with chondro-protection.