Biomechanics research reveals potential new ways to treat one of the most common running injuries.

“What we found was that, regardless of which orthotic volunteers received, there was a relationship between change in biomechanics induced by the orthotic, and change in pain over the six-week period,” says Lewinson.

Reflective markers were placed on the leg with the most painful knee. As volunteers ran, cameras recorded the 3D positions of these markers, and 3D forces were measured at the ground. The data was used to calculate loading in the knee during running. Photo courtesy of Ryan Lewinson.

Whether you are a weekend warrior or a seasoned marathoner, the mere mention of runner’s knee or patellofemoral pain syndrome (PFPS), is enough to make any athlete cringe. Characterized by pain around the kneecap or patella, PFPS makes tasks such as walking up or down stairs arduous and painful. 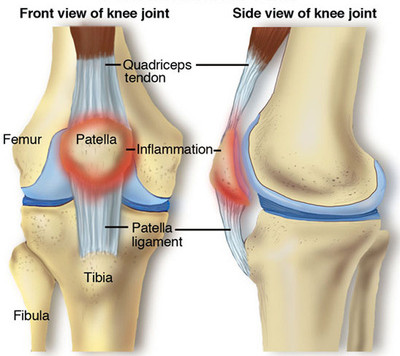 Patellofemoral pain syndrome is a broad term used to describe pain in the front of the knee and around the patella, or kneecap.

A new study from the University of Calgary suggests that altering the mechanical loading in the knee joint using orthotic insoles may result in significant pain reduction for those suffering from PFPS.

The study, which lasted six weeks was made up of 27 volunteers who were clinically diagnosed with PFPS. Volunteers were divided into two groups, and each were given a different type of orthotic for their shoes. These orthotics were designed to alter their knee joint loads while running.

“What we found was that, regardless of which orthotic volunteers received, there was a relationship between change in biomechanics induced by the orthotic, and change in pain over the six-week period,” says Lewinson.

Although previous studies have shown that orthotic insoles can reduce pain, Lewinson believes they can be fine-tuned to the point of developing custom orthotics based on an individual’s characteristics.

“If we can figure out ways of predicting someone’s biomechanical response without needing a specialized biomechanics lab, we may one day be able to match the right intervention with the right person to optimize treatment of PFPS on a patient-by-patient basis.”

The University of Calgary’s research priority in Engineering Solutions for Health: Biomedical Engineering is focused on better disease and injury prevention, diagnosis and treatments. These disciplinary advances are also applying systems engineering principles to continuously improve the health system.