Given the heterogeneity of many patient populations for whom ankle foot orthoses (AFOs) are indicated, it’s not surprising that AFO experts are at the forefront of the current trend favoring customization of devices to meet individual patient needs. Research presented in May at the 2017 International Society of Prosthetics & Orthotics (ISPO) World Congress in Cape Town, South Africa, illustrated some of the many ways AFO stiffness and alignment can be optimized in the interest of patient-centric care.

In two ISPO presentations, investigators from the Netherlands discussed preliminary findings from an ongoing trial designed to assess the effects of optimizing AFO stiffness in patients with calf muscle weakness; the trial protocol was epublished in February by the online journal BMJ Open.

Participants wore experimental AFOs with a custom footplate and a replaceable dorsal leaf-spring, the stiffness of which could be varied. Five stiffness levels, ranging from 2.5 Nm/° (K1) to 6.2 Nm/° (K5), were assessed. The researchers analyzed the patients’ walking gait mechanics and energy cost in shoes only and with the five AFO configurations, tested in random order.

Data for the first 25 patients were presented in Cape Town. All AFO stiffness conditions were associated with faster walking speed than shoes only, but there was no effect of stiffness on gait speed, which remained well below published norms for healthy individuals. Similarly, all of the AFO conditions were associated with lower energy cost than shoes only, but again there was no effect of stiffness.

“We would advise that patients are provided with the lowest appropriate stiffness level to preserve pushoff power,” said Niels Waterval MSc, a doctoral candidate at Academic Medical Center Amsterdam, who presented the findings in Cape Town.

Although there were no significant effects of stiffness on energy cost and gait speed for the group overall, the authors noted that considerable variability existed from one study participant to the next.

Merel-Anne Brehm PhD, a senior research associate at Academic Medical Center Amsterdam and Vrije University Amsterdam, presented data for two different patients to illustrate this variability and how it will affect device optimization.

The second example was a woman aged 52 years with myotonic dystrophy affecting both lower limbs. For her, the effects of stiffness on ankle angle and pushoff power were similar to those seen in the first example. However, for this woman, the least-stiff AFOs (K1 and K2) were associated with the greatest improvement in gait speed; the decrease in energy cost for her was greatest for the stiffest AFO (K5), followed by the second-most-flexible AFO (K2). The researchers determined the K2 stiffness level was most optimal for this patient.

In the next phase of the study, which aims to include 37 patients, each participant will spend 12 weeks wearing AFOs with the stiffness level that was selected as optimal for him or her based on the initial gait analysis. Gait will then be reassessed after the 12 weeks to determine any effects of the intervention.

Ultimately, Brehm said, the researchers hope their work will enable clinicians to optimize patients’ AFO stiffness without having to actually test multiple different stiffness configurations themselves.

“I think that there are still several steps to take before we can apply this to clinical practice,” Brehm said. “We want to develop a model to determine the optimal stiffness for each patient.”

Additive manufacturing, a method of 3D printing (3DP), could help in the quest for individually optimized AFOs, as it can be used to incorporate multiple materials of different densities and stiffnesses into a single device component (see Pluses and minuses of additive and subtractive approaches in LER).

One of the challenges of applying 3DP to orthotic device manufacturing, however, is that 3D printers often aren’t compatible with the types of materials that historically have been used for orthotic devices, and few studies so far have compared the properties of 3DP-friendly materials and conventional materials. But research from Thomas More University College in Geel, Belgium, is beginning to address the latter issue.

Investigators designed AFOs for a single healthy man, with one type of device made from polypropylene using conventional methods and the other type made from 3DP-compatible nylon (PA-12) using additive manufacturing. The stiffness of the two materials was similar.

Both devices then underwent five million cycles of dorsiflexion and plantar flexion during bench testing in which the AFO was fitted to a prosthetic limb; the devices’ stiffness was tested every 500,000 cycles. No substantial changes in stiffness or durability were observed for either device, according to Kris Cuppens PhD, a researcher in the university’s Mobilab, who presented the findings in Cape Town. Of course, stiffness is only one of many variables that can be targeted when optimizing AFOs for individual patients. Several ISPO presentations discussed the increasingly popular concept of “tuning” an AFO—particularly solid AFOs used commonly in children with cerebral palsy and in post-stroke adults—to be optimally aligned in combination with a patient’s footwear (see Quantifying effects of AFO alignment).

Researchers from Thailand and the UK analyzed the effects on standing balance of AFO-footwear tuning in seven children with spastic diplegic cerebral palsy and gastrocnemius contracture who demon­strated at least five degrees of plantar flexion.

Standing balance was assessed while the children were barefoot, wearing solid AFOs aligned with the ankle in 90° of dorsiflexion, and in the same type of AFOs that had been tuned for each patient. For each AFO condition, the children were instructed to wear the devices at least six hours per day for two weeks between fitting and testing.

Postural sway associated with the tuned AFOs was significantly lower than for the other two conditions, suggesting that AFO tuning has benefits for standing balance as well as gait, according to Pornsuree Onmanee PhD CPO, a researcher with Sirindhorn National Medical Rehabilitation Center in Nonthaburi, Thailand, who presented the findings in Cape Town. 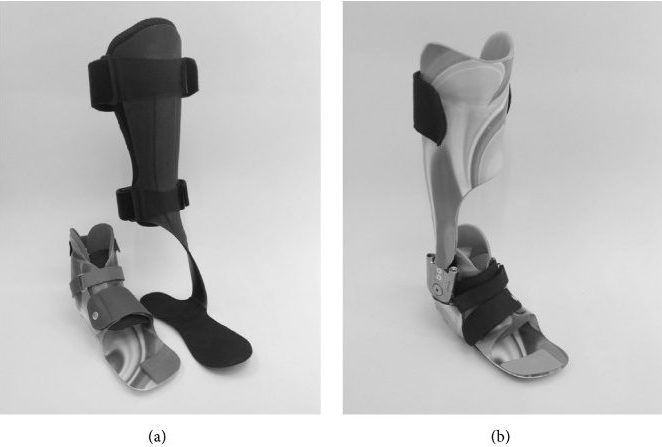 But clinical improvements associated with AFO tuning aren’t always consistent with patient preferences (see AFO tuning: Balancing function and satisfaction), as illustrated by a pilot study from the Philippines.

The findings suggest strategies may be needed to help patients feel more comfortable in tuned devices, given the potential for functional improvement, according to Jemiah Faye Guillermo CPO, a researcher at the University of the East in Manila, who presented her group’s findings in Cape Town.

“If I were to choose, I would still prefer tuning, as it can be associated with other benefits,” Guillermo said.