Early diagnosis appears key for physiotherapy interventions for cerebral palsy, so researchers have developed an app for parents to video their child for remote screening. The first two years of our lives are when the brain is at its most plastic. It is when the neural pathways are strengthening with use, and being “pruned” if not used.

But for an infant who may have cerebral palsy, it is a time of high stakes.

There is strong evidence that early physiotherapy intervention when an infant’s brain is at its most plastic can improve motor skills later in life, but the average age at which an infant is diagnosed as a result of observation is 19 months. It leaves only a narrow window for physiotherapy to have its biggest impact.

Now, in a move that has the potential to increase the speed of diagnosis, a team of researchers have developed a simple smart phone app, Baby Moves — available in the  Apple App Store and ▶︎ Google Play — that parents themselves can use to video their babies and allow clinicians to identify potential symptoms remotely.

“There is strong emerging evidence that early intervention, including physiotherapy and occupational therapy, can improve the trajectory for children with cerebral palsy by helping them to wire their brains to better move their bodies and perform activities,” says Associate Professor Alicia Spittle who has led the development of the app.

“An average diagnosis of 19 months is just too late. We really need to be starting these interventions earlier, and that is why we’ve developed Baby Moves.” The app works by providing guidelines for how parents can video their baby, including an onscreen outline that they must try to keep within for about 3 minutes while their baby is on its back. The app sends a reminder for parents to send in their video when the baby is three months. University of Melbourne

A collaboration of the Murdoch Children’s Research Institute, the Royal Women’s Hospital and the University of Melbourne that has been funded by The Cerebral Palsy Alliance, Baby Moves is being trialled across 250 premature babies, which is a particular high-risk group for cerebral palsy. Some 40 per cent of babies diagnosed with cerebral palsy are premature.

About 1 in 500 Australian babies are diagnosed with cerebral palsy, which is an umbrella term for a range of disorders that restricts movement and motor skills and is linked to damage to a developing brain. It isn’t a degenerative condition, but there is no cure. Symptoms can range from mild, such as a weakness on one hand, to severe, leaving people with significant physical disabilities and requiring 24-hour care. Of the 34,000 people with cerebral palsy in Australia, a third can’t walk and a quarter can’t talk. Cerebral palsy is generally diagnosed through observing abnormal or absent spontaneous movement in babies aged up to 20 weeks. But this is usually only carried out in hospital. The idea of the app is to make it easier for parents to screen their own child for cerebral palsy by taking a video to be assessed by a trained clinician. If a clinician detects any suspicion of the disorder the parents are then asked to bring in their child for a formal assessment.

“Our goal is that if we can show that it is effective in lowering the average age of diagnosis it can then attract funding for a public roll out,” Dr Spittle says.

But even before the results of the trial are known, Baby Moves is attracting widespread interest and support. The Queensland government has funded a project to roll-out the app, and the app could go international through a collaboration with Medical University in Graz, Austria.

“We are working on another version of Baby Moves which we could roll out to the public in Victoria and elsewhere in Australia within months, but it needs government funding to finance the clinician assessment,” says Dr Spittle.

The cause of cerebral palsy for most infants is unknown, but the damage to the brain that results in the disorder can occur before and after birth. The trial was available to every Victorian baby born between April 2016 and April 2017 who was less than 28 weeks at birth and/or weighed less than 1000 grams.

Physiotherapy interventions are based around play and use toys and interactions with family members and other children to encourage infants to practice using their hands and legs to achieve everyday activities we take for granted such as reaching, rolling over and sitting.

“The aim is to make sure that over those first two years the infant’s neurons are firing together so we can create strong neural pathways for using their bodies,” says Dr Spittle, who sees appointments at the MCRI and Royal Women’s Hospital, as well as teaching and researching at the University of Melbourne’s Department of Physiotherapy, School of Health Sciences.

“It is why it is so important that parents of infants with cerebral palsy take a lead in this, practising these movements every day and providing stimulating environments to encourage their children to practice.”

A study published last year reviewing the emerging evidence for physiotherapy or motor interventions for cerebral palsy found that child-initiated movement, task specific training a nd stimulating environments were all linked to interventions that showed moderate-to-large improvements in motor outcomes.

This article was first published on Pursuit University of Melbourne. Read the original article

The program educates mothers of babies with Cerebral Palsy to improve nutrition, motor and cognitive skills without having to travel long distances for rehabilitation. University of Queensland

Smart phone technology used in remote Indian communities to improve detection and intervention for babies with Cerebral Palsy will be implemented in rural Australia.

University of Queensland researcher Dr Katherine Benfer created Learning through Everyday Activities with Parents, a LEAP-CP program that uses video taken on a smart phone to provide early detection and intervention for babies at high risk of Cerebral Palsy.

Dr Benfer said many mothers, due to a lack of awareness or inability to access services, did not know their babies had Cerebral Palsy.

The program educates mothers of babies with Cerebral Palsy to improve nutrition, motor and cognitive skills without having to travel long distances for rehabilitation.

“We want to provide decentralised care for these children, so they don’t have to travel eight hours on a bus for a one-hour session of physiotherapy and then travel home again,” Dr Benfer said.

“Our aim is to upskill mothers from within the community, and offer therapeutic intervention in the home, so that they can be their baby’s first and best teacher, and consequently provide better outcomes for babies with Cerebral Palsy.”

As part of an Endeavour QEII fellowship, Dr Benfer is working with community and government health workers in Kolkata and rural West Bengal to provide training necessary to upskill health workers to assess and provide intervention for babies at risk of Cerebral Palsy.

“The assessment video is provided using the Baby Moves app which requires a three minute video of a baby’s movements. If the ‘general movement’ pattern is lacking we know the baby is 98% likely to have Cerebral Palsy,” Dr Benfer said.

“We’re training local community workers and so far we’ve found that one-third of the 400 babies in Kolkatta we’ve screened are at high risk of Cerebral Palsy.”

Dr Benfer said the pilot program would be culturally adapted to suit remote Indigenous Australian communities as part of a NHMRC Early Career Fellowship, with the project likely to begin in Far North Queensland in November. The Indigenous LEAP-CP also received Project funding from the Cerebral Palsy Alliance.

The University of Queensland’s Cerebral Palsy and Rehabilitation Research Centre has collected used and unwanted smart phones to take to India for the program. 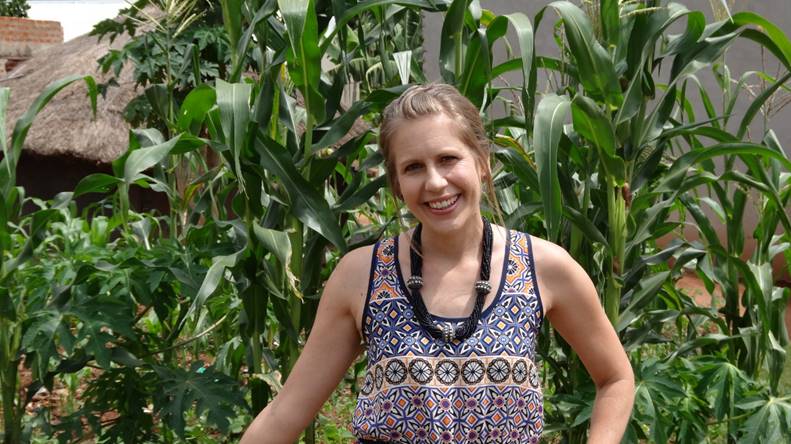 Source The University of Queensland

A day in the life of four wheelers
A thank you to my old AFOs
A wonderful opportunity: Inclusive playground planned for Clareview commun...
You forget how tall you are: Paralyzed Humboldt Bronco able to stand durin...
Preventing injuries and improving recovery with micro-Doppler radars
Is joint replacement surgery necessary?