A team of Waterloo researchers found that applying artificial intelligence to the right combination of data retrieved from wearable technology may detect whether your health is failing. 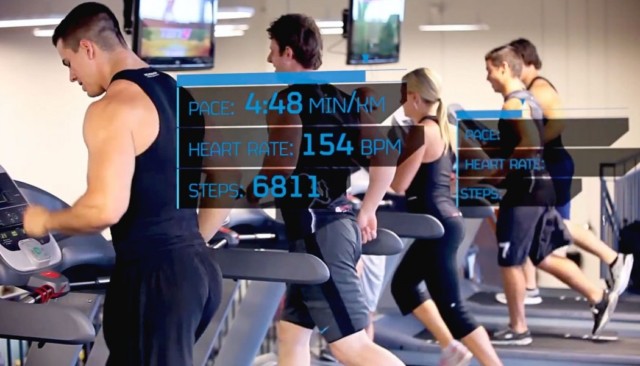 The study, which involved researchers from Waterloo’s Faculties of Applied Health Sciences and Engineering, found that the data from wearable sensors and artificial intelligence that assesses changes in aerobic responses could one day predict whether a person is experiencing the onset of a respiratory or cardiovascular disease.

“The onset of a lot of chronic diseases, including type 2 diabetes and chronic obstructive pulmonary disease, has a direct impact on our aerobic fitness,” said Thomas Beltrame, who led the research while at the University of Waterloo, and is now at the Institute of Computing in University of Campinas in Brazil. “In the near future, we believe it will be possible to continuously check your health, even before you realize that you need medical help.”

The study monitored active, healthy men in their twenties who wore a shirt for four days that incorporated sensors for heart rate, breathing and acceleration. They then compared the readings with laboratory responses and found that it was possible to accurately predict health-related benchmarks during daily activities using only the smart shirt.

“The research found a way to process biological signals and generate a meaningful single number to track fitness,” said Richard Hughson, co-author and kinesiology professor at the Schlegel-University of Waterloo Research Institute for Aging.

“This multi-disciplinary research is a great example of how artificial intelligence can be a potential game-changer for healthcare by turning data into predictive knowledge to help healthcare professionals better understand an individual’s health,” said Wong. “It can have a significant impact on improving quality of life and well-being.”

The team plans to test these systems on mixed ages and genders, and people with health issues to see how people might wear the sensors to gauge whether their health is failing.