It’s been 5 years since legislation passed to tighten rules around firms that help Canadians apply. 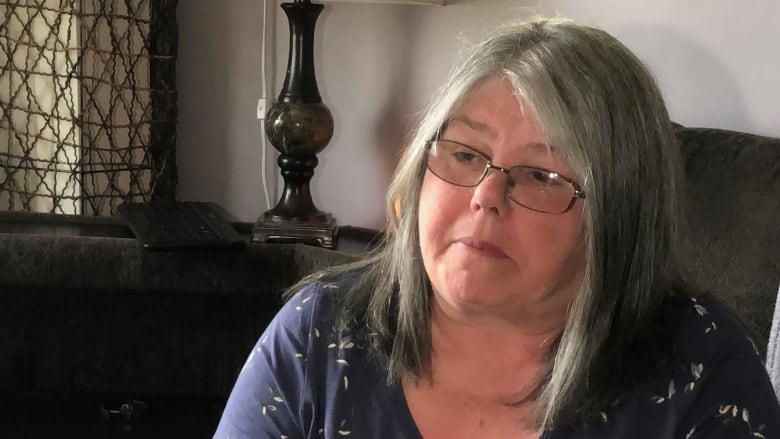 Cathy Publicover of Eastern Passage, N.S., said she welcomes proposed regulations to limit how much companies can charge to help Canadians apply for the disability tax credit. Dave Laughlin CBC

The Canada Revenue Agency is proposing to dramatically slash what it calls “excessive” fees some companies charge to help Canadians apply for the disability tax credit, nearly five years after it was told to do so.

The move, which according to the CRA could put millions of dollars back in the hands of disabled people, is being applauded by some advocates, but panned by companies that last year collected up to $25 million in fees.

“The government of Canada decided that measures were needed to protect Canadians living with disabilities and their supporting family members from being charged more than what is considered adequate compensation for the services rendered,” according to a CRA analysis released earlier this month.

More than a million Canadians receive the disability tax credit, which can be worth thousands of dollars and is designed to provide help for people who have mental or physical impairments that are “severe and prolonged.”

Over the years, businesses have sprouted up to help people apply for the tax credit. They charge anywhere from 15 to 40 per cent in contingency fees and last year collected between $9.5 million and $25.4 million, according to the CRA.

The proposed restrictions will significantly reduce that take. Companies will only be permitted to charge $100 for an application to determine eligibility, another $100 to actually apply, and then $100 for each year the credit is retroactive. 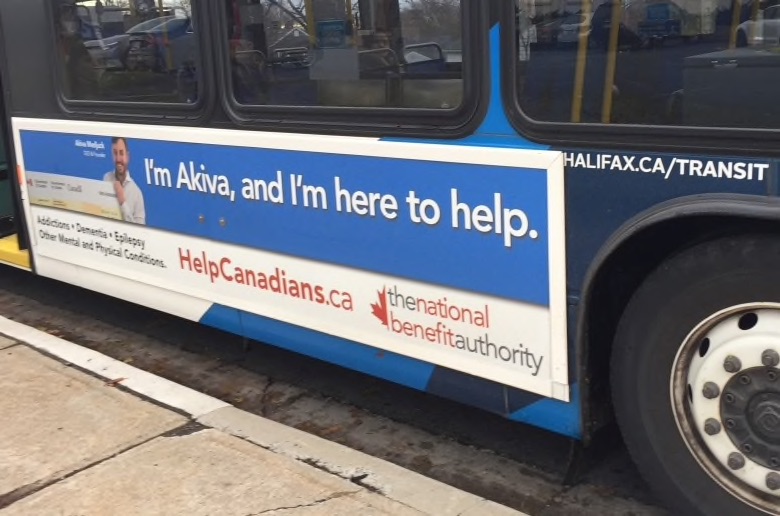 One of the biggest disability tax credit companies in Canada is National Benefit Authority. It has advertised in Halifax. Susan Allen CBC

There have long been calls for a crackdown. Legislation introduced by the Harper government in 2014 intended to tighten the rules, but it’s only now that federal officials have released draft regulations.

Publicover has several disabilities and initially sought the help of a Toronto company called National Benefit Authority to apply for the tax credit. But after being told the company would charge her 30 per cent to submit the application, she decided to do it herself. She found it easy and simple to complete.

“At that time it would have taken $970 from me,” Publicover said, adding it is money she uses to pay for her medication and other health-related bills.

Those who apply for the disability tax credit are required to fill out a small portion of a form with their personal information, while the remainder is completed by the patient’s doctor or nurse practitioner. 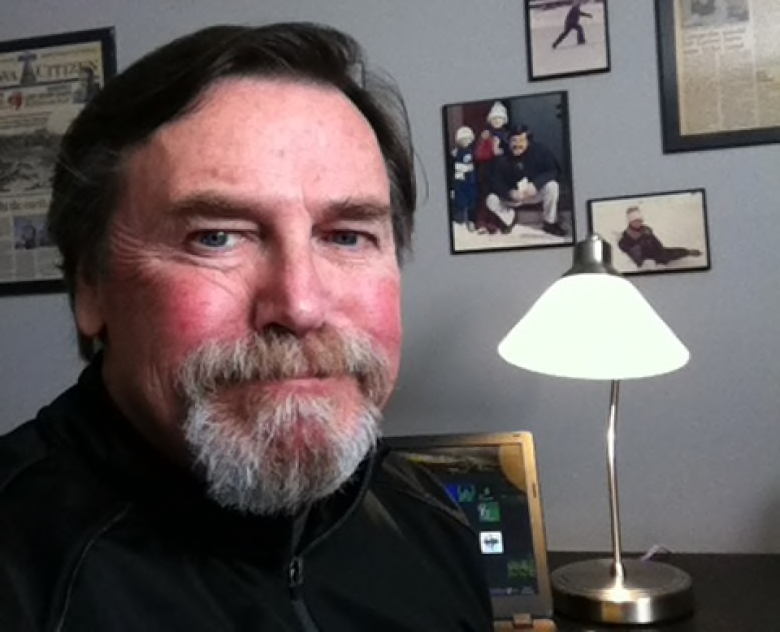 Companies currently charge as much as $4,663 to help an adult, and $7,383 for an eligible minor, depending on the amount of the disability tax credit and the number of retroactive years, according to the CRA.

Those kinds of fees are “unconscionable,” said Patrick Curran, the national executive director of Independent Living Canada. The organization advocates for the disabled and has 25 offices across the country that help people fill out the disability tax credit (DTC) forms for free.

“Our position has been that there should not be any charge whatsoever for the filing of an application for a DTC,” Curran said.

He welcomes the proposed changes and said he’s fine with setting the fee at $100 an application. 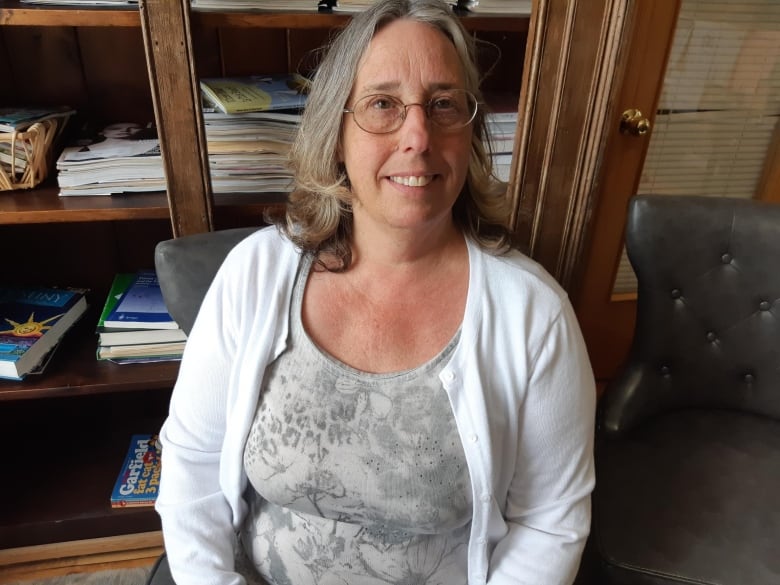 Monique Brooks operates a one-person business helping people apply for the disability tax credit. She said the process can take more than a year and she doesn’t get paid if the tax credit is not approved. Paul Brooks

But Monique Brooks, who owns and operates Disability Tax Credit Consultant Services in Harrowsmith, Ont., told CBC she was “horrified” when she learned about the plan to replace contingency fees with a $100 flat rate per application.

“Some of these businesses have employees and so therefore it’s going to cause job loss,” she said.

One of the biggest companies is National Benefit Authority. It has not replied to a request to comment on this story.

Brooks, however, is a one-person operation.

She charges 20 per cent for helping people access the disability tax credit, although she said she provides free advice in other areas where people may need help. She said the government makes people in her business sound like “we’re vultures, and it makes it sound like we’re taking advantage of the disabled.”

She said while that may be partly true of some companies, people who are denied the tax credit need help reapplying from those who know “the ins and outs of the system.”

She said 20 per cent is reasonable because “that same Canadian without my support might have a 90 per cent chance of being denied and then they would get zero.” 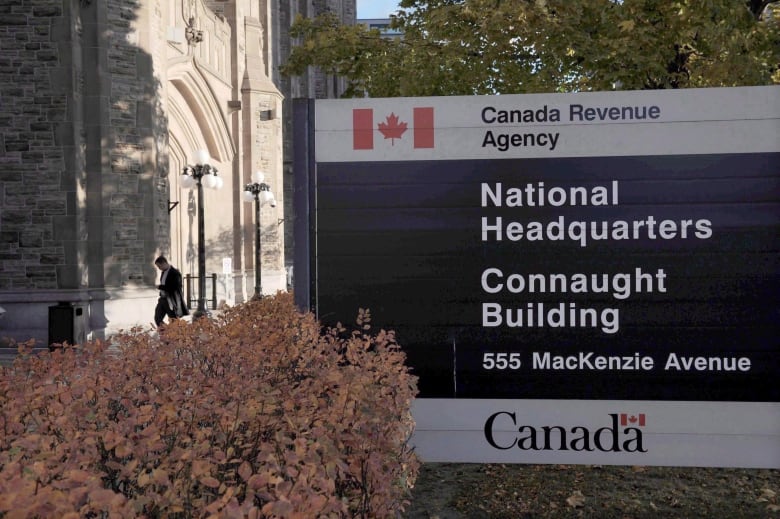 She said the application process is not as easy as the government makes it sound, and she’s spent two-and-a-half years helping applicants get approval. She notes she does not get paid until the application is approved and receives nothing if it’s rejected.

The executive director of an organization that represents companies like Brooks’s calls the regulations “an unprecedented move.”

Nicola Moorhouse, with the Association of Canadians Disability Benefit Professionals, said in a news release that taxes are complicated and “dealing with CRA can be a nightmare.”

She said the direct result will be unavailability of services to disabled Canadians, near total job loss within the industry and fewer benefits for those who need them most.

“It should be obvious that the intent and effect of the proposed regulations is to wipe out the service-provider business and reduce the availability of the DTC to disabled Canadians.” Moorhouse said.

A CRA spokesperson calls the regulations “an important balancing act.” On the one hand, it wants to protect persons with disabilities, who can be some of Canada’s most vulnerable people, but it also recognizes that some may need help with their tax credit requests and that companies can play a role.

He added the CRA is also continuing to work to simplify and clarify the disability tax credit application process and expects to make significant progress on this front in the coming months.

Morin said once the consultation period has ended, the CRA will consider the feedback and may revise the proposal. It will then be up to the minister of national revenue to approve it.

Clinical decision support—being worried is nothing to worry about
Baseball for kids with disabilities a home run in Alberta
Surf therapy improves physical fitness of children with CP
Drive with your eyes! Eye tracking wheelchairs for quadraplegics
Children’s backs: Trolleys do less damage than backpacks
Check out Nike's crazy new machine-designed track shoe