Katie Brennan was born about a month early, but other than that, her mother Annette thought everything was fine. 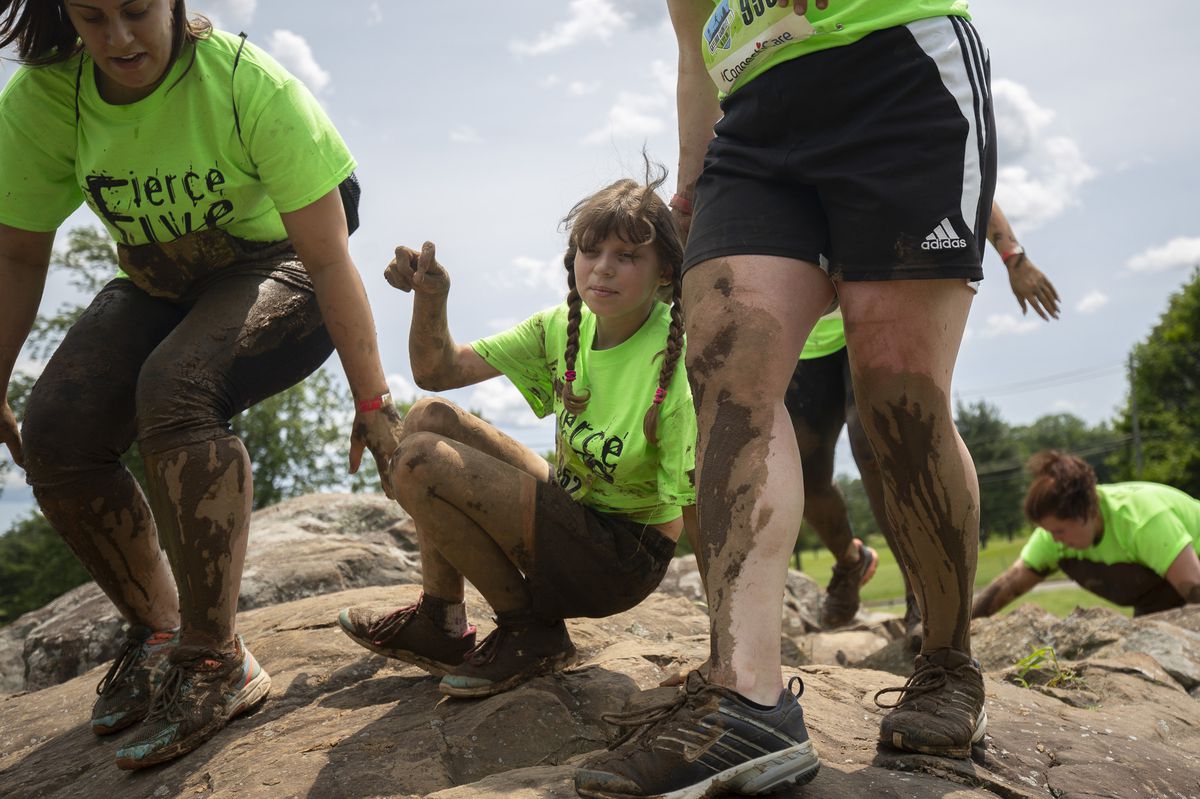 “When she was about 6 months old, we were at the doctor and I happened to mention she was a lefty,” Annette said. “He said, ‘Let’s take a look at that.’ He thought there might be a problem.”

Tests revealed Katie had had a stroke in utero, which damaged the left side of her brain.

“At the time, they’d said she’d probably never walk or talk or do anything besides what she was doing at 6 months,” Annette said.

Saturday, Katie — now 12 years old — was bouncing around, waiting for the start of the Gaylord Gauntlet, Gaylord Hospital’s annual 5K obstacle race around the trails on the hospital grounds.

It was her second time running the race. She is going to be a seventh-grader at William J. Johnston Middle School in Colchester, Connecticut in the fall, where she was an honors student last year. She competes in adaptive track and field and swimming, and won the 1,500 meters last year in track at the junior nationals in her division. She runs 5Ks. She was a member of her middle school cross country team last fall.

“I’m wanting to do horseback riding,” Katie said Saturday before the race. “And gymnastics.”

“It’s a lot of driving,” Annette said. “Tuesdays, we go to New Britain for swimming. Thursdays, she has track practice. There’s a lot of meets in the spring. Pretty much every weekend I’ve had off lately, we’ve been in New Jersey for a different track meet. But she likes it, so we do it.” 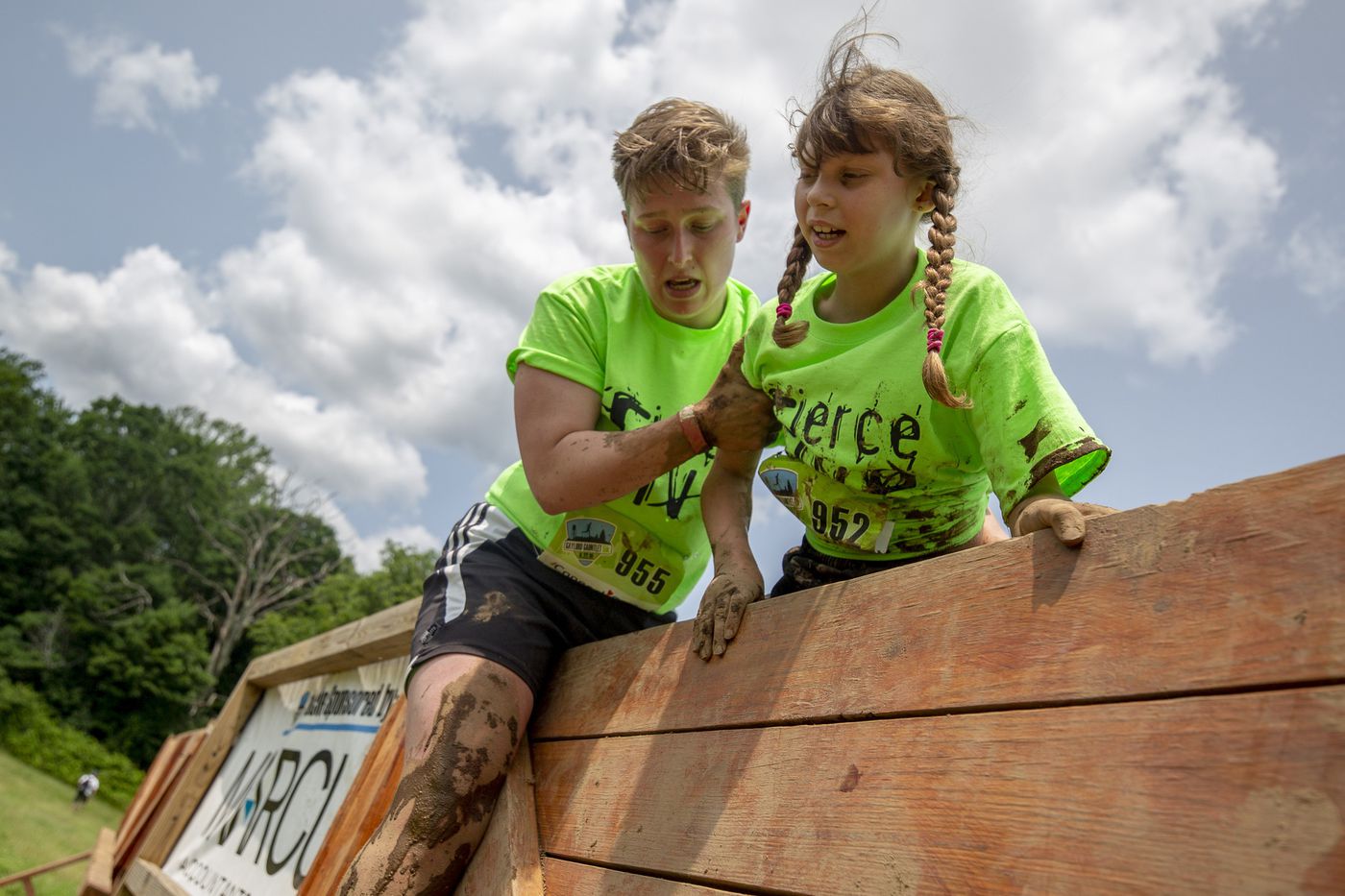 Katie Brennan, 12, of Colchester CT moves over a wall with some encouragement from Lindzy Hamel of Hamden. They were competing with the “Fierce Five” in the Gaylord Gauntlet, a 5K obstacle race Saturday in Wallingford. Johnathon Henninger, Hartford Courant

They started occupational and physical therapy with Katie, who has spastic cerebral palsy, in the Birth to Three program when she was 7 months old. She started walking at 12 months, when she was fitted with a brace for her right leg.

“They just thought with the amount of damage to her brain, it was likely she wouldn’t progress too far,” Annette said. “You never know. I’m pretty active with a community online of pediatric stroke families. Some will have a tiny bit of damage and be more affected. Others will have more and they’re doing really well.”

She started competing in Special Olympics, then with an adaptive team in Pennsylvania before Annette found the Hospital of Special Care in New Britain’s adaptive sports program, where she does long jump, discus, javelin and running events. Carlos Quiles is her coach. He was there Saturday to cheer on Katie and her “Fierce Five” team.

He and his girlfriend, Amanda Kell, had competed in the event previously; Kell invited Katie to compete with her last year.

“I got cold and wet and I couldn’t get down the water slide,” Katie said.

“I ran, then I slipped off on the end and fell in the water,” Katie said.

There’s a fire pit at the end of the course; there are walls and rocks to climb over, mud to crawl through and other obstacles in the woods.

“She has so much energy,” Quiles said. “Her team has to keep up with her.” 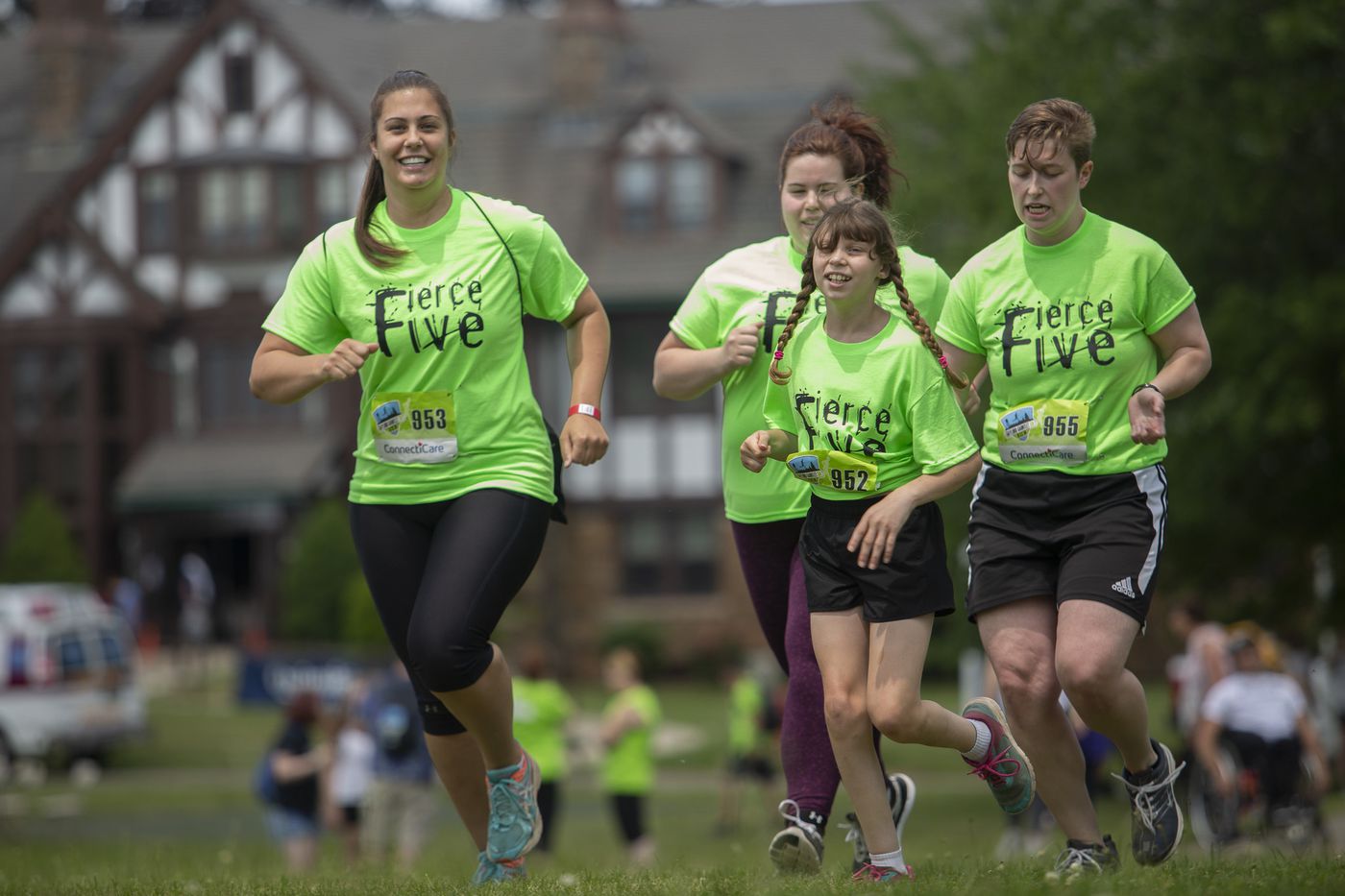 Because she has limited use of her right arm and right leg and she has right foot drop, Katie got a little nervous on top of the high walls, although she wanted to go up first each time.

As her team climbed over a large rock, she wanted to be first to jump off.

“I got it,” she told her teammates. 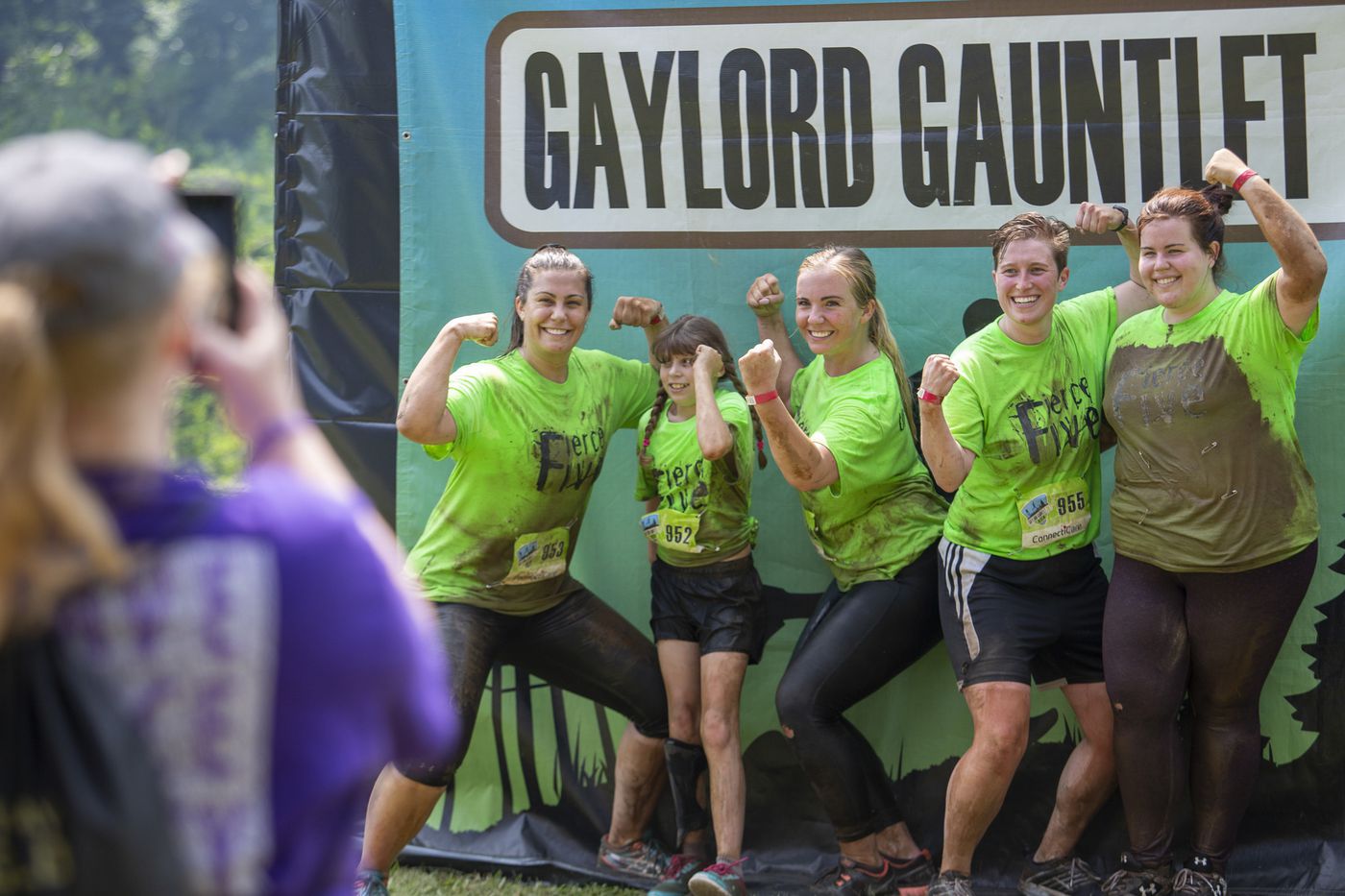 “It was fun,” Katie said, as she was on her way home with her mom. “And now I’m going fishing.”

Could 'curbside consultations' go digital?
Compression garments reduce strength loss after training
Giraffe calf walks tall after getting leg brace
What to know about tri-compartmental osteoarthritis
She took up skiing to help with cerebral palsy, now she’s at the Paralympi...
Protective antibodies identified for rare, polio-like disease in children