Bob Brown, a disability rights advocate who is quadriplegic, says the rules reduce the distance he can travel by air without putting his health at risk by up to 2,000 kilometres. 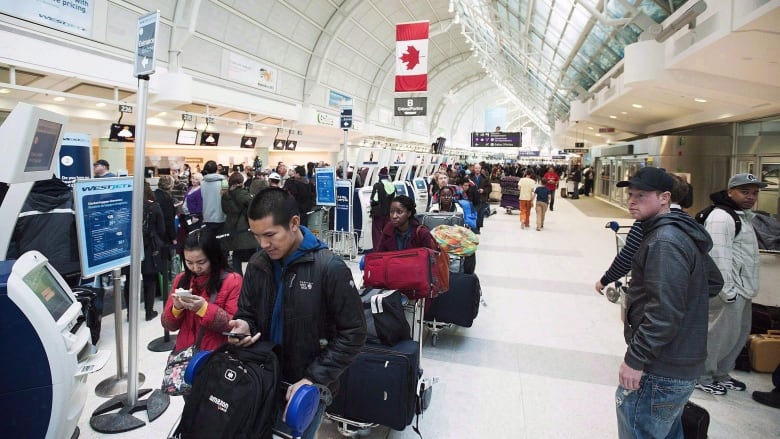 Airline passengers have new rights starting today, as rules from the Canada Transportation Agency, CTA, that have prompted backlash from industry and consumer advocates kick in.

The Air Passenger Protection Regulations require airlines to meet certain obligations, including clear communication to passengers about their rights and timely updates for delays or cancellations. Passengers will also be compensated up to $2,400 if they’re bumped from a flight.

In addition, passengers are now entitled to a certain standard of treatment when stuck on the tarmac. People will be allowed to leave the plane in certain situations if the delays exceed three hours — though that’s twice the time the Senate committee that studied the rules recommended.

Time spent on the tarmac became a huge point of contention when two planes were stranded for up to six hours on the tarmac at the Ottawa airport in 2017 due to bad weather. The passengers were kept on board with no air conditioning, food or water.

Air Transat was fined after the CTA found the airline broke its agreement with passengers. Transportation Minister Marc Garneau used the example to illustrate why the new bill of rights — then in the Senate — should be a priority.

Lost baggage procedures have also been updated to allow for compensation of up to $2,100. There are also clearer policies for transporting musical instruments.

The regulations will apply to all flights to, from and within Canada, including connecting flights. Large airlines, those that have serviced two million passengers or more in the last two years, will have a slightly different regulatory regime than smaller airlines in some cases.

Smaller airlines, for example, will have to pay less compensation for delays or cancellations that are within the airline’s control but are not related to safety issues.

“We have recognized that when somebody buys a ticket to take a flight, particularly when they are buying it for the whole family, it’s a considerable expense,” said Transportation Minister Marc Garneau.

To mark the date, the CTA launched a website where passengers can lodge complaints.

The rules have been controversial among airlines and passenger advocates, and the government will have to fend off attempts to kill the rules in court.

The International Air Transport Association and several airlines are arguing the rules violate international agreements and Canada is overstepping its authority. It’s asking a federal court to invalidate the regulations.

Two advocates are also challenging the tarmac delay rules, saying they violate the charter rights of some Canadians with disabilities who may not be able to sit for extended periods.

Bob Brown, a disability rights advocate who is quadriplegic, says the rules reduce the distance he can travel by air without putting his health at risk by up to 2,000 kilometres. The case is currently before the Federal Court of Appeal.

These are only some of the changes coming in. Starting in December, airlines will also have to adhere to standards about flight disruptions and seating passengers with children. Compensation for cancelled flights and delays are part of phase two of the rollout.