Two para-throwers with their eyes firmly set on representing GB at the Tokyo Paralympics next year are being helped along the way by Dorset Orthopaedic’s revolutionary silicone ankle foot orthosis, SAFO. 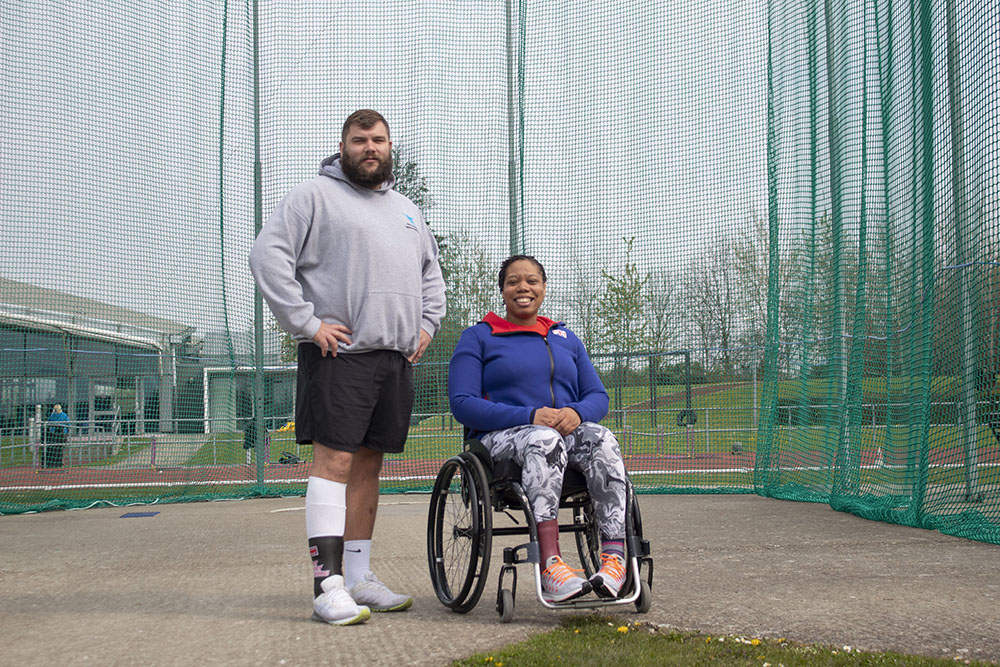 Michael Nicholls, known as Taz, and Nessa Wallace, throw discus and shotput respectively and require their SAFOs for different reasons. Both have seen huge improvements in their overall function and training performance while wearing them.

Taz, 31, from Barnet, wears his SAFO after the nerve which lifts the foot when walking was badly damaged during surgery to repair a broken leg. The former footballer had fractured his tibia and fibula in a pre-season friendly in 2013.

Coming to terms with never playing football again was tough but after encouragement to try something different he got in touch with Alison O’Riordan, a para throws specialist coach, and discovered a new passion for throwing. Now a classified F44 athlete, Taz’s personal best in the discus is 48.70m.

He got his SAFO thanks to a donation from the Matt Hampson Foundation, and he said the difference it’s made has been incredible.

“I had a rigid throwing brace initially but I found myself relying on it too much and the top of my leg was getting lazy,” he said. “With the SAFO it gives me the support I need but engages the rest of my leg so I am fitter, more functional and able to get more propulsion. While I don’t compete with it, it’s the perfect training aid for me — as when I am back in my rigid brace for competition I will be much stronger overall and I’ll be able to get better results.” 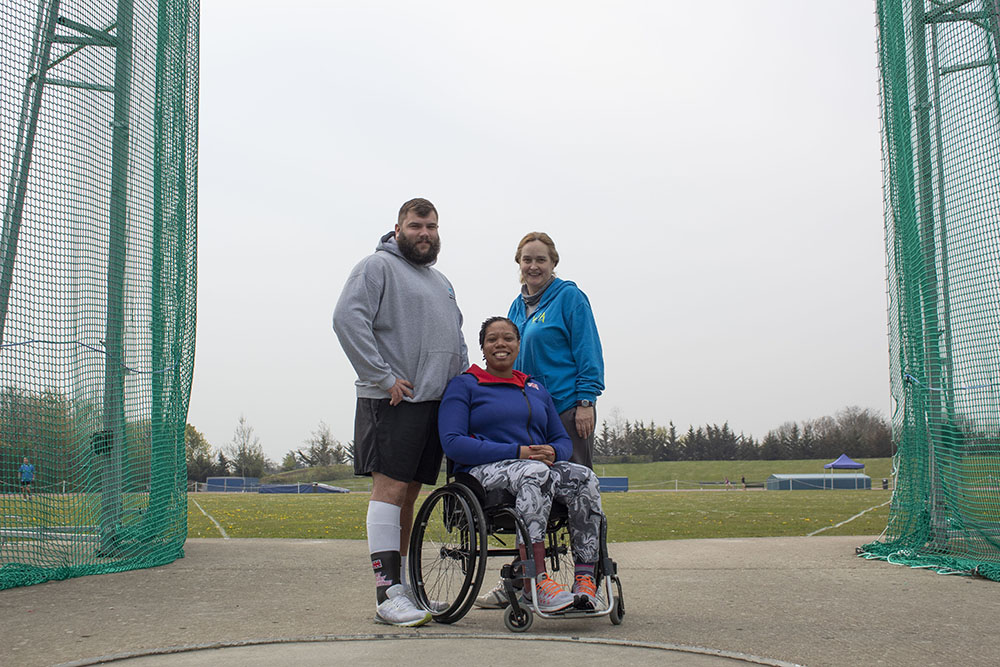 Nessa, 41, from Haringey, is planning on getting a second SAFO for her left foot after feeling significant improvements in her right foot since getting her first brace. Limited in her movement due to Ehlers-Danlos Syndrome and Dystonia — a neurological movement disorder which causes her muscles to contract and forces her feet to turn inwards — Nessa has found wearing the SAFO crucial for her training and prevention of injuries.

She said: “It’s really early days for me as I know it will take a long time for my feet to co-operate but I am noticing the difference wearing the SAFO makes. When I stand, I stand on the very outer edges of my feet but with the SAFO I can place more of my foot on the floor which makes things much more comfortable, and far better for my whole body really.”

SAFOs can be individually modelled to suit the needs of the wearer, with extra reinforcement wherever it’s required as well as personalised touches such as colours and patterns to cartoons and team emblems.

Nessa and Taz’s coach, Alison O’Riordan, said: “It’s been brilliant for them to have the SAFOs because their functional movement improves which in turn will impact positively on their overall health and wellbeing. As their coach I’m not just interested in sporting improvement but the long term everyday benefits. They offer the support required and the functionality but not in a way that makes them reliant on it.”

Matt Hughes, Clinical Services director at Dorset Orthopaedic, said: “We’re delighted that our SAFOs are helping Nessa and Taz with their training and everyday lives, and we wish them luck as they continue their training towards Tokyo 2020.”

Hippocampal circuit in brain linked to learning difficulties in Down syndr...
Caution needed with artificial intelligence in medicine, experts warn
Bracing is an effective therapy for pectus carinatum: interim results
Orthopaedic surgeons on the common knee procedure that may cause more harm...
Why we get running injuries (and how to prevent them)
C. H. Riddell Family Movement Assessment Centre, Alberta Children's Hospit...