More than half of young children who toe walk will stop doing so on their own by about age 5. And most children who are toe walkers will not have any developmental or neuropsychiatric problems, a new study finds.[1] 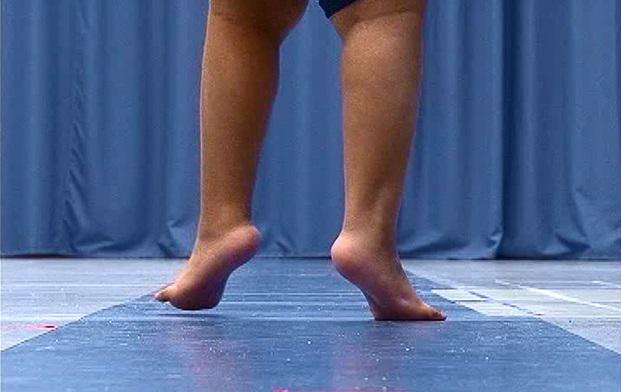 “Walking is such a notable milestone, and if it is not typical, it is often a concern for parents and physicians,” says pediatrician Lee Beers MD, who practices at Children’s National Medical Center in Washington DC, and who reviewed the study [1] for WebMD. It appears in the journal Pediatrics.”This study certainly makes me feel more comfortable when I see toe walking in children who are otherwise developing well.”

Toe walking can accompany disorders such as cerebral palsy and muscular dystrophy, but it also occurs among children who have no such underlying conditions. In such cases, children are said to be idiopathic toe walkers.

The cause is unknown, lead author Pahr Engstrom MD, of the Karolinska Institutet in Stockholm, says in an email.

It could be related to nerves, muscles, a mixture of both, or another unknown factor, he says.

Prior to this study,[1] the number of children who were idiopathic toe walkers was also unknown.

The parents of more than 1,400 children participated in the study, which was conducted in Blekinge County in southeast Sweden. At their child’s routine 5.5-year checkup, parents were asked questions about their child and toe walking. Here’s what the researchers found:

For parents, it is important to understand that toe walking does not indicate an underlying problem for most children, says Jonathan Strober MD, a pediatric neurologist at UCSF Benioff Children’s Hospital in San Francisco. He was not involved in the research.

Nevertheless, he says, many parents become understandably alarmed when their child starts to toe walk. He was no exception. His 3-year-old daughter is a toe walker.

“I freaked out,” he says. “As a neurologist, the worst possibilities went through my head.”

Fortunately, Strober’s daughter is just fine. And what he likes most about this study is that it offers reassuring evidence that the same can be said for most toe walkers.

“The fact that your kid toe walks is not a sign that they have autism,” he says.