Hello, my name is Reo Kobayashi. I am a new cerebral palsy (CP) columnist here at BioNews Services. I am 20 years old and am currently a student at the University of Southern California, interested in journalism or public relations. 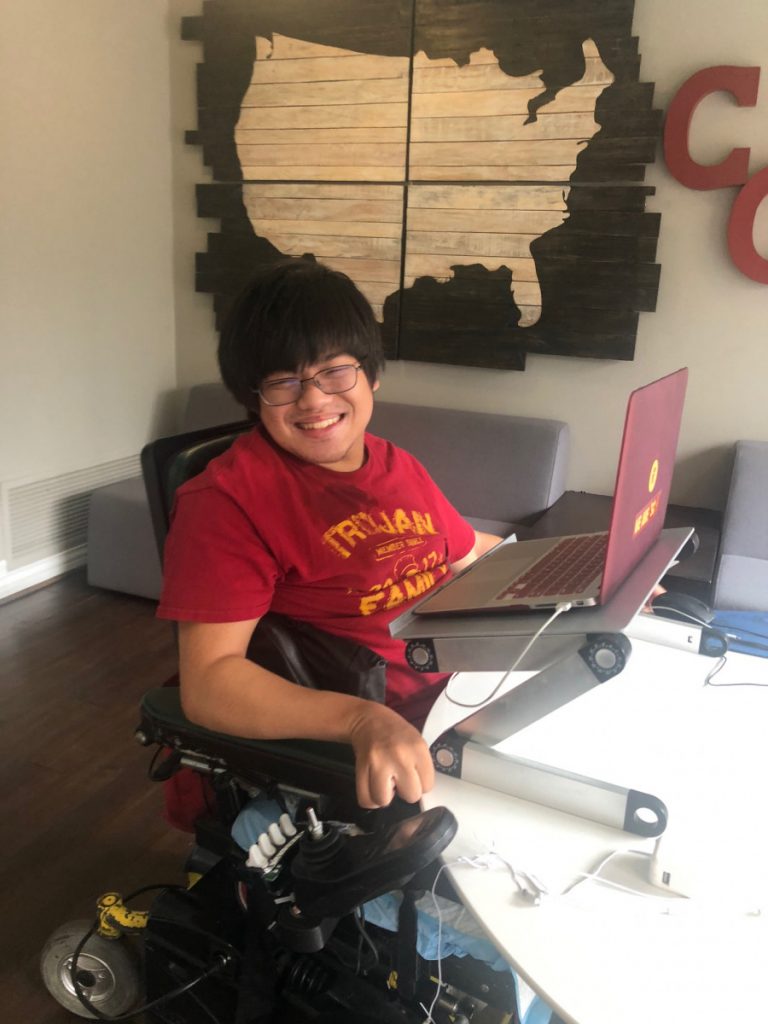 Living to inspire – Fist in a series. Reo Kobayashi is a new columnist for Cerebral Palsy News Today. Courtesy of Miyuki Kobayashi

I live with spastic quadriplegic cerebral palsy and visual impairment. I am originally from Tokyo, Japan. I moved to the United States with my mother when I was 6, due to a lack of educational opportunities in my native homeland. In Japan, because of my physical disability, I would’ve had to go to a specialized school for physically disabled children.

The Americans with Disabilities Act (ADA) was signed into law by President George H.W. Bush on July 26, 1990, but the Japanese version of the ADA was only signed into law in 2014.

When I lived in Japan — from the time I was born to when I was 6 years old — I never saw anyone in public in a wheelchair, except for when I went into hospitals or on doctor’s visits. In both 2003 and 2005, when I was 4 and 6, I went in for a muscle release surgery in a Japanese hospital. This hospital was located deep in the mountains of Tokyo. I spent two months there recovering each time I visited.

As a little kid back then, I thought, “What are these people doing here?” The hospital had thousands of beds with people who were just like me. I will never forget an elderly woman who probably had CP or a similar physical condition. She was crying because she wanted to go outside, but in the time I spent there, she never got to.

One day, I saw the nurses and the medical team running past my room with someone on a bed who was completely covered with a sheet. Later, the nurses told us that the person had been living there since she was 2, and I thought, “Could this be my life?”

Physical access to buildings in Tokyo was also frustrating, thanks to the infrastructure. For example, I was the first physically disabled person integrated into my local preschool. That particular building was 50 years old and had not been remodeled; they had to build a ramp so that I could enter it.

The infrastructure in Tokyo has improved in terms of accommodating people with physical disabilities, as I saw when I last visited in December 2017, but I still see room for improvement in accessibility and attitudes toward disabilities.

My parents wanted to raise me in an environment where I could be educated and become a productive member of society. One doctor told my mother that there were no schools in Japan for me. He also told my mother that some parents whose children had my condition moved to America. So, I spent the rest of my early childhood living in Newport Beach, California. In 2013, my mother and I moved to Los Angeles. I was able to go to a regular school in a general education class all through elementary school and high school.

Since I have lived in the United States, I have become an ambassador for United Cerebral Palsy of Orange County, helping with fundraising efforts. I’ve spoken to many different organizations about my condition, and continue to help raise awareness for children and adults with cerebral palsy and other conditions. I’ve also volunteered as a summer counselor at camps that embrace children with different medical conditions.

My ultimate dream is to change the perception of people with disabilities through speaking and engaging with the community at large. I hope that my fellow BioNews Services columnists and I can spread awareness and ultimately bring more understanding. I’m grateful to be a part of this team.