Most babies are being placed on their backs to sleep—one of the key ways to reduce the risk of sudden infant death syndrome (SIDS), the study found. 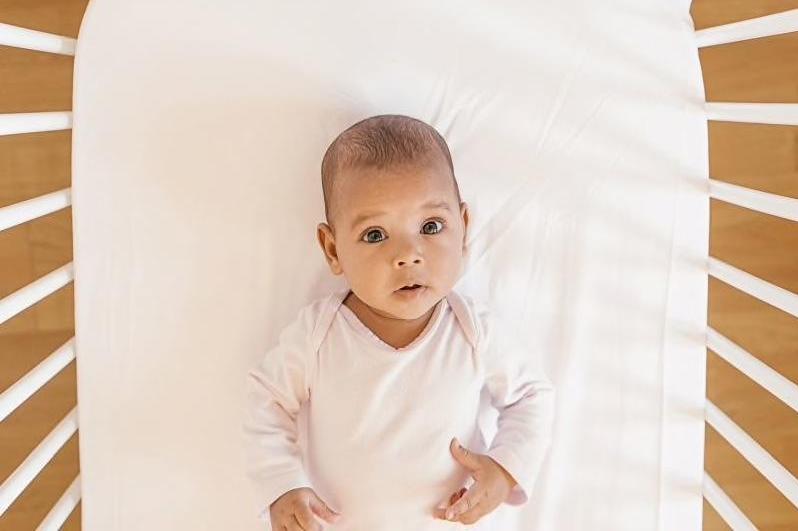 Infant deaths from accidental suffocation or strangulation during sleep have inched up over the years, according to the U.S. Centers for Disease Control and Prevention. HealthDay News

Many U.S. parents are not heeding recommendations on how to put their babies to sleep safely, a new government study finds.

Most babies are being placed on their backs to sleep—one of the key ways to reduce the risk of sudden infant death syndrome (SIDS), the study found.

But relatively few parents are following some other recommendations: Less than one-third said they only put their babies to sleep on “approved” surfaces, namely, a crib, bassinet or “pack and play.” And just 42% kept their babies’ sleep area free of blankets, pillows and toys.

Part of the problem may be that parents aren’t aware of those guidelines, said lead researcher Ashley Hirai, of the U.S. Health Resources and Services Administration.

These guidelines are newer than the long-established message to put babies on their backs to sleep, she noted. And based on study participants’ responses, doctors are not always talking about them.

It was back in 1992 that the American Academy of Pediatrics began advising parents to put their babies to sleep on their backs, not their tummies. The federal government launched a “Back to Sleep” campaign to raise public awareness, and by 1998, the national rate of SIDS had dropped by 45%.

However, that decline stalled out. And infant deaths from accidental suffocation or strangulation during sleep have actually inched up over the years, according to the U.S. Centers for Disease Control and Prevention.

All told, about 3,500 infants die suddenly each year in the United States.

So in more recent years, additional safe-sleep recommendations have been laid out: Put babies to sleep only in a crib, bassinet or pack and play; keep those areas free of soft bedding, toys and crib bumper pads to help prevent overheating and accidental suffocation or strangulation; and have your baby sleep in your bedroom, but not in your bed.

To see how many parents are heeding the advice, Hirai’s team looked at CDC survey data from mothers in 29 U.S. states.

More than three-quarters of moms said they usually put their babies on their backs to sleep. Fewer—57%—said their babies slept in their room, but not in their beds. Even fewer were consistently following the advice on sleep surfaces and keeping babies’ sleep areas clear.

Beyond doctors’ advice—or lack thereof—parents may be swayed by various influences, said Dr. Rachel Moon. She co-wrote an editorial accompanying the study, which was published online Oct. 21 in the journal Pediatrics.

“We’ve learned that one’s attitudes and the social norms are incredibly powerful forces,” said Moon, who heads general pediatrics at the University of Virginia, in Charlottesville. “Particularly in the internet age, parents are getting information from so many sources besides their doctor.”

And then there’s marketing. When parents walk into a store, Moon noted, they see soft bedding and may think they “need to buy it.” When they see pictures of celebrities’ nurseries, “stuffed with soft bedding,” they may be influenced, consciously or not, Moon said.

Bed-sharing—which has increased nationwide since the 1990s—is a particular problem, she noted.

“Many people believe that you cannot successfully breastfeed unless you bed-share,” Moon said. And in some cultures, she added, you’re considered a “bad parent” if you don’t sleep with your baby.

The study also found racial and ethnic disparities: Black mothers were least likely to report putting their babies on their backs to sleep, while room-sharing without bed-sharing was least common among black and American Indian/Alaskan Native families.

It’s not clear why, Hirai said. But, she added, less access to health care and other barriers—like having the space and money for a crib—could be among the factors.

“We need to work on multiple levels to address these disparities,” Moon said. That, she added, includes getting accurate information on safe sleep to everyone—not just new parents—and making neighborhoods and housing safer.

That’s “so parents don’t feel like they have to bed-share to keep their baby away from rodents in the house or gunfire outside,” Moon explained.