After an intensive treatment period, changes in motor capacity in children with cerebral palsy, as observed in a standardized environment, do not correlate well with actual motor performance in daily life, a new study suggests. The study was published in Child: Care, Health and Development. 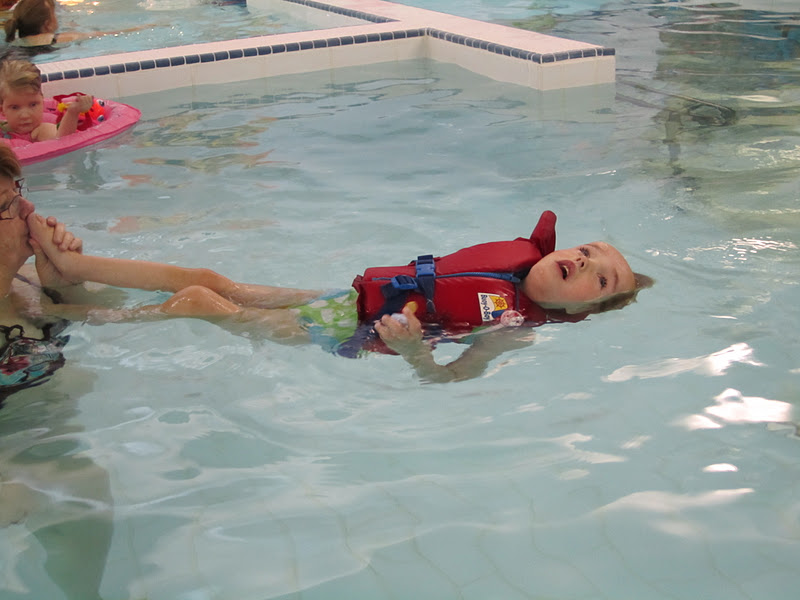 GRIT students have access to the pool at Emily Follensbee School every Wednesday. The pool is so warm it feels like a bathtub. The floors of the changing room are heated. It is wonderful. Clare is in heaven. She loves being independent in the pool. We put a life jacket on her, and spot her to make sure she doesn’t get a mouthful of water, but other than that we usually leave her alone. She loves kicking her arms and legs and propelling herself through the water. The Five Jacksons

The ultimate goal of different therapeutic interventions for CP is to improve children’s motor performance — that is, their ability to do activities that require movement in daily life. However, many studies don’t use motor performance as an outcome, instead relying on motor capacity — children’s ability to do things in a controlled environment, e.g. executing tasks in a lab.

Capacity is used instead of performance because it’s easier to measure, and often assumed to be a reasonable proxy for performance, but this assumption isn’t backed up by objective data.

In the new study, researchers put this assumption to the test. They used data from a previous clinical trial, called the SPACE BOP study, in which 65 children with CP (28 female, 37 male, average age of 7 years and 3 months, GMFCS levels I-III) were given 12 weeks of intensive physical therapy aimed at improving motor function.

Motor performance was assessed by having the children wear an Actigraph-GT3X+ device for at least seven days (minimum eight hours per day) during daily life activities. This device, worn on the wrist like a watch, measures daily activity, not unlike commercial fitness trackers such as Fitbit.

Then, the team constructed statistical models to see how well changes in capacity measurements lined up with those in performance measurements.

At 12 weeks, no statistically significant associations were found between changes in capacity and performance.

At 24 weeks, statistically significant associations were found between functional muscle strength and walking speed measurements and motor performance; children with higher scores in these assessments spent significantly less time being sedentary. Overall, these measurements explained about 16% of the variance in sedentary time.

“We found that changes in motor capacity were mostly not accompanied by changes in motor performance in ambulatory children with CP within the context of one distinct intensive treatment period,” the researchers said.

Because of this, they emphasized a need to re-evaluate treatment interventions that are aimed at improving capacity but not necessarily performance.

The researchers said that incorporating interventions “more specifically focusing on improving motor performance into current treatment programs (based on individual patient goals and needs), creating social and environmental opportunities to optimize the use of motor capacity in daily life and evaluation of normal day to day programs of children with CP probably is a good starting point in reaching long term improvement in both motor capacity and motor performance.”

Student develops low-cost device to help people with speech disorders
Are you worried your baby's head has a flat area on it?
Study shows when people with cerebral palsy are most likely to break bones
AFO friendly footwear – customize online
Student awarded NIH Fellowship to examine balance, walking in children wit...
Can technology also help seniors to prevent falls?