‘Everybody should get a chance to go upstairs.’ 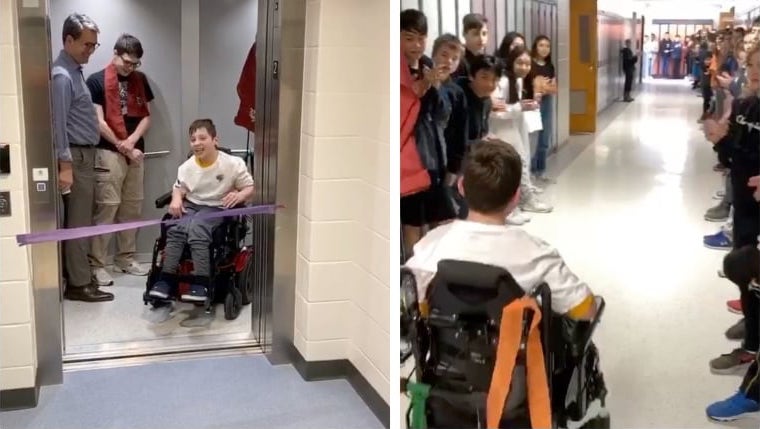 Students at St. Stephen’s lined the hallways, cheering for 11-year-old Logan Gouchie as he exited the school’s new elevator and saw the second-floor for the first time. CCSD

A red ➁ lit up on the side of the shiny new elevator doors at St. Stephen School last week, marking the arrival of Grade 6 student Logan Gouchie on the second floor of the building.

His fellow students cheered for the 11-year-old as he zoomed in his electric wheelchair through the ribbon across the elevator’s doorway, and crossed the threshold to the upper floor of the school — for the first time.

St. Stephen’s new elevator is a big deal for Gouchie and other students with mobility issues who were unable to access the second floor of their school until now.

Logan Gouchie was never able to access the second floor of his school, until now. This is the moment his Calgary classmates lined the hallway to cheer him on as he crossed the threshold for the first time. Find out how the #yyc school made it happen here: https://t.co/xVZfShlepf pic.twitter.com/uR84T2W00R

“Last year, for example, we had to schedule Logan’s classroom for drama in a different part of the school because he couldn’t access the upstairs,” said school principal Michael Gallant.

“So this year we’re going to be able to have a much more seamless way to include kids in all the activities in the school.” 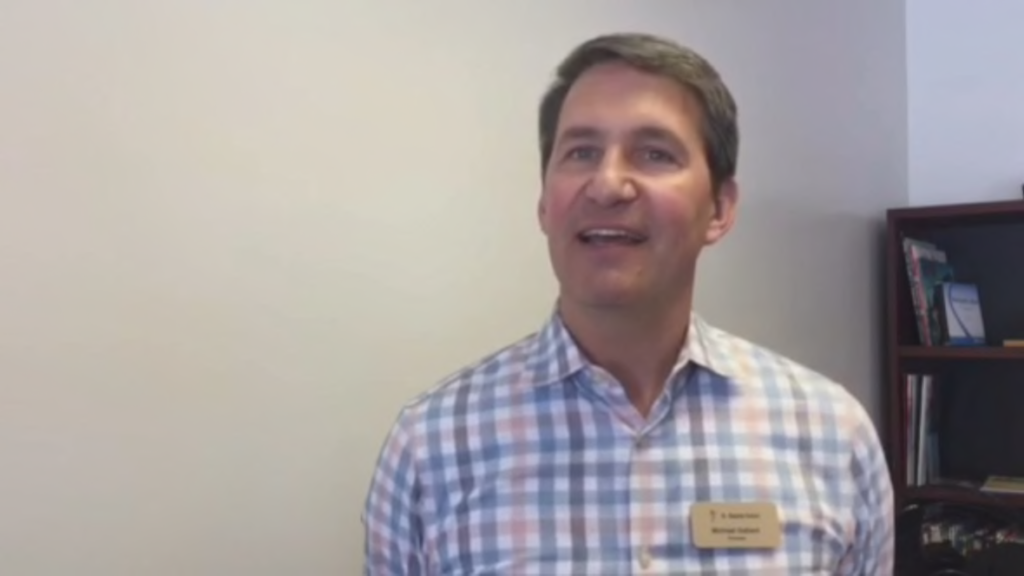 Gouchie, who was born with Quadra Spastic Cerebral Palsy, said it makes him feel included to be able to access St. Stephen’s upstairs.

“Because everybody should get a chance to go upstairs,” he said.

His mother, Heather Marshand, said before the elevator, upstairs at St. Stephen’s was “a mystery” to her outgoing son.

“For us accessibility is a huge thing. And, we haven’t been able to do things that other families take for granted,” she said. “Having the elevator in the school will allow other children with physical disabilities to be able to attend.”

The Calgary Catholic School District said elevators are slowly being introduced into its schools that didn’t require the accessibility feature when the schools were initially built.

“It’s is our goal and our priority to get elevators in all of our older schools that have two levels,” said senior communication specialist Felicia Zuniga.

“As soon as budget and time allows we will get elevators into schools to make sure all of our schools are totally accessible.”

Zuniga said now when a school is built higher than one floor, elevators are required. But with many older buildings in their ranks, not all CCSD schools have them yet.

“In the past 20 years we’ve retrofitted about 10 of our schools, so we’re slowly making progress,” she said. 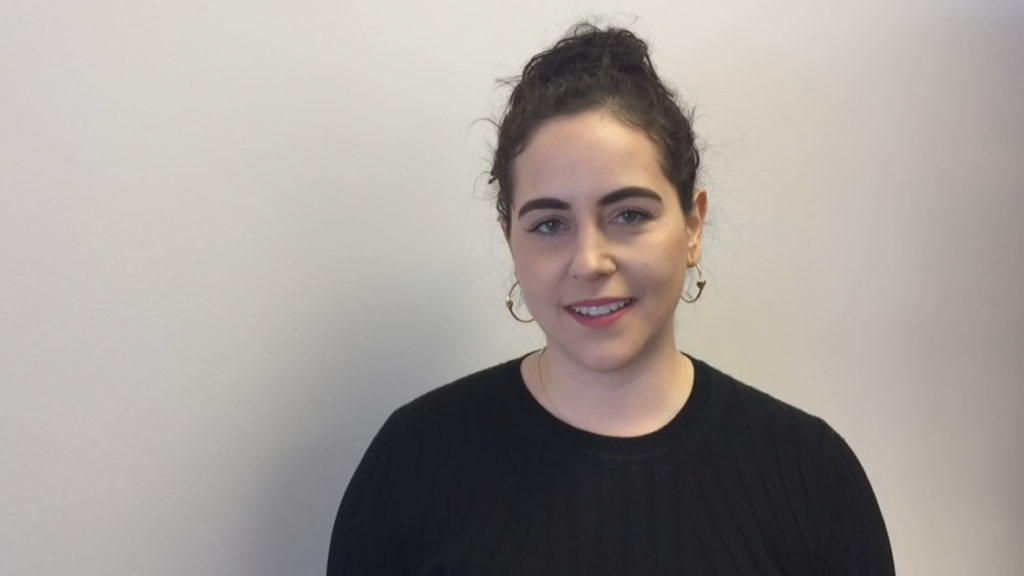 The elevator project cost the school board approximately $350,000, with the funds coming from their $14-million Infrastructure Maintenance and Renewal (IMR) grant, which is given to school boards each year by the province to be used only for maintenance projects — primarily things like reroofing, reflooring and repainting.

But this year IMR funding is being used differently at roughly six different school boards in the province, including the Calgary Board of Education (CBE).

And while the CBE has said using a portion of IMR funding to cover staffing this year won’t compromise student safety, there remains approximately $1 billion in deferred maintenance and components working beyond their expected life cycle at the board.

It’s unclear how funding for school boards, IMR or otherwise, will be done by the province moving forward. The government is currently working on a new funding an assurance model for school boards, which is expected along with the 2020-21 provincial budget.

“Alberta Education has been engaging school boards and education partners to hear their perspectives as we work toward a new funding model,” said LaGrange’s press secretary Colin Aitchison in an email.

“The goal with this new model is to better manage system growth, ensure funds are directed to the classroom, and to provide all boards with sustainable and predictable funding for the years to come.”