Activity of the tibialis anterior (TA) plays an important role in foot clearance; clinicians often prescribe an ankle-foot orthosis (AFO) for post-stroke patients to help with foot clearance. But some commentators worry that providing an AFO too soon after stroke could in fact impede recovery of foot clearance. 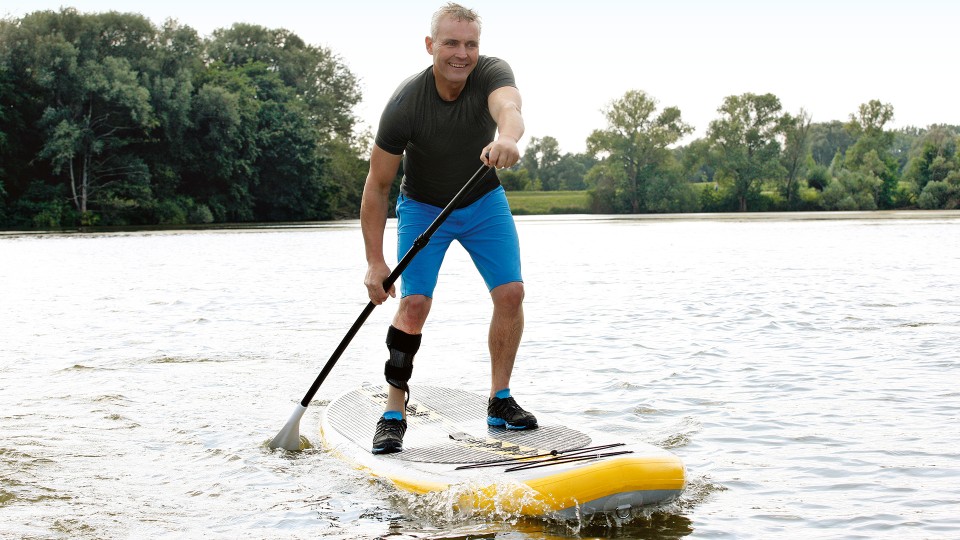 To explore this concern, researchers from the Netherlands looked at early and delayed use of AFOs in stroke patients to determine whether:

Use of an AFO for 26 weeks did not affect muscle activity, regardless of when the AFO was provided (Week 1 or Week 8). The researchers did not detect negative effects on activity of the TA with long-term use of an AFO early after stroke.

To explain their results, the researchers cited studies suggesting that the possible negative effects of an AFO on muscle activity in a single gait cycle might be counteracted by the fact that an AFO improves walking in general. They proposed that an increase in the amount of walking (steps taken) offsets a decrease in EMG during a single step. They also note that this work builds on that of others showing:

The authors conclude: “For clinical practice, this means that clinicians, together with the patient, can decide when to start AFO treatment based on personal priorities and preferences. Early AFO provision is expected to provide beneficial effects on a functional level in the short-term, without negatively affecting muscle activity of the TA in the long-term.”

FIFA 11+ Workbook
Apple spotlights how accessible tech helps people with disabilities thrive
What do we do with all this data?
Long-term positive impacts and cost effectiveness of REACT for over 65s
A smart phone app for cerebral palsy screening
A wonderful opportunity: Inclusive playground planned for Clareview commun...