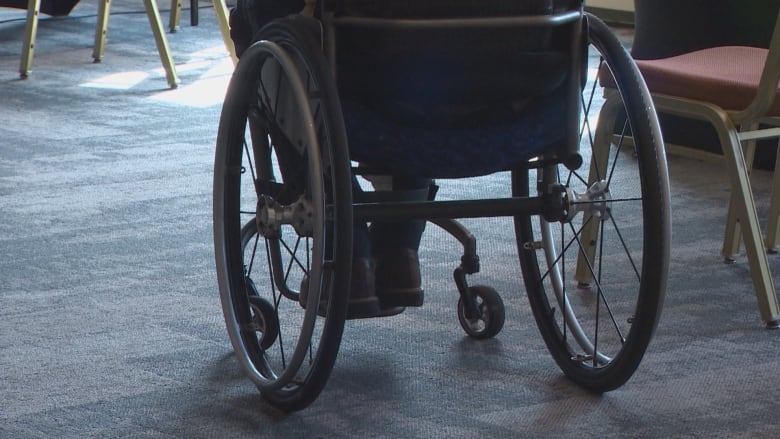 His new home care worker failed to notice, but fortunately it was detected by a more experienced worker on the next shift.

“It is scary because once you get a pressure sore they may never heal and your life is impacted forever,” said Bartsch, pointing out actor Christopher Reeve died of complications from an infected pressure sore. 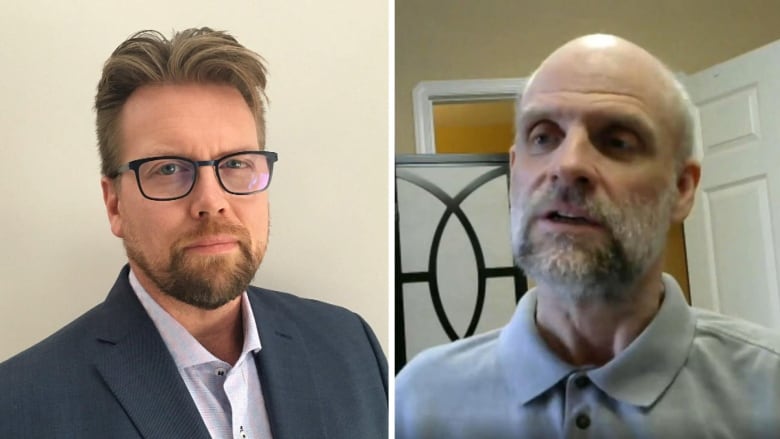 Olle Lagerquist, CEO of Spinal Cord Injury Alberta, and Garry Bartsch, who is paralyzed from the chest down, say a provincial health order restricting support workers to a single location is putting client’s lives at risk. Submitted by Olle Lagerquist, CBC News

“That’s why we need the people who have been with us forever. And when they’re just yanked away from you, just like that, it throws everything into shambles.”

Bartsch, who is paralyzed from the chest down, relies on a caregiver for tasks such as being transferred from bed, cleaning, grooming and exercise.

But measures to contain COVID-19 are undermining his ability to find and retain experienced staff. One worker quit, another withdrew her application. Bartsch fears what lies ahead.

“The most important part is, is somebody going to come to my house to get me up or to put me to bed? That’s the crucial thing,” he said in an interview Monday.

Is somebody going to come to my house to get me up or to put me to bed? – Garry Bartsch

“We have delayed implementation to address the workforce issues,” wrote Tom McMillan, spokesperson for Alberta Health, in an email to CBC News. “Operators who are subject to this requirement have been provided with guidance and updates directly from AHS and Alberta Health.”

Bartsh is one of roughly 1,750 Albertans who currently participate in the province’s Self-Managed Care program in which they oversee their own home care.

Caregivers they hire tend to work at multiple locations because of the part-time, low-paying work.

Due to the health order, many of those workers are opting for facilities that offer more hours, said Olle Lagerquist, CEO of Spinal Cord Injury Alberta.

“This provincial order is dangerous to our clients receiving self-managed care as it removes those skilled workers they have depended on for years to care for their complex medical needs,” Lagerquist said.

Lagerquist said the worksite restriction and deferral have not been properly communicated. The order prompted a flurry of anxious calls to caseworkers at Alberta Health Services and Alberta Health, he said.

Last week the United Nurses of Alberta filed a grievance seeking clarity from AHS on how it intends to apply the order which the union said could result in confusion and staff shortages.

Lagerquist urged the province to take a different approach.

“If proper PPE (personal protective equipment) was provided to all care workers and clients this could minimize the risk of infection while allowing the standard of care that is necessary to keep our clients alive,” Lagerquist said.

But he said AHS caseworkers have been telling Self-Managed Care participants to purchase their own equipment, despite a lack of availability.

“Picking somebody up from a bed, transferring them and putting them in a shower… that is very dangerous in terms of transmission of course, and this is being done, and people are showing up without personal protective equipment,” Lagerquist said.

In mid-April, Premier Jason Kenney announced the province was shipping 750,000 N95 masks and 30 million gloves to other provinces.

After CBC’s inquiry, AHS said it was developing a way for equipment to be supplied to Self-Managed Care workers.

“AHS is currently adding another access point for all SMC clients and their healthcare providers to get appropriate PPE,” spokesperson Kerry Williamson wrote in an email Tuesday.

“In addition to all SMC clients having access to their case manager to assess the PPE needs for themselves and their workers, they will soon be able to order/access PPE through a standard process in the coming days.”

More information will be shared once the process is in place, Williamson said.