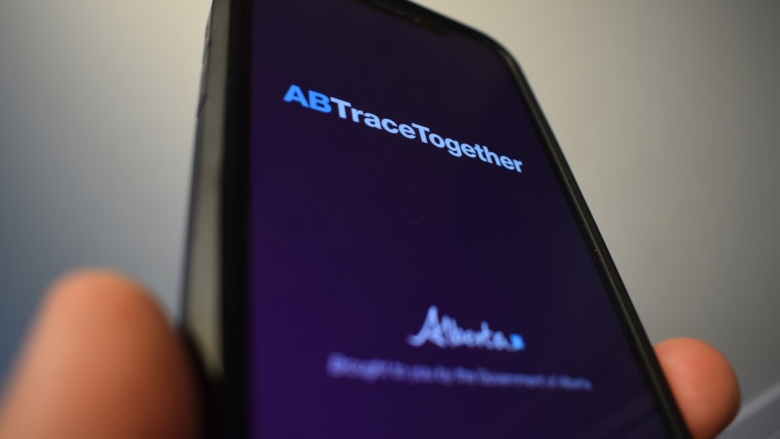 More users needed: Lessons from Alberta’s coronavirus contact tracing app. Alberta released its contact tracing app, ABTraceTogether, last week. But early uptake figures and a key design quirk show how challenging it will be for Alberta, or any other province considering such a move, to get the most out of the app. Thomas Daigle CBC

OTTAWA – As the spread of the new coronavirus in Canada slows, the western province of Alberta has rolled out a digital-tracing tool to monitor outbreaks as quarantine restrictions ease. The hard part is convincing people to use it.

On May 1, Alberta launched Canada’s first smartphone app to trace and call people who have come into contact with an individual infected with COVID-19, the disease caused by the novel coronavirus, so that they can isolate themselves and prevent further spread.

But so far, only about 165,000 Albertans, or less than 4% of the population, have downloaded it. By contrast, the Singapore app — the model for Alberta — has 1.4 million users, or almost 25% of the population on the Southeast Asian island.

“We all know we need to increase the uptake,” said Jia Hu, the medical officer for Alberta Health Services who is leading the rollout of the app. “People are scared of the government having their data. That’s why we made it as lean as possible.”

Alberta’s voluntary app, called ABTraceTogether, has not been running properly on iPhones. Though Hu said a fix is being worked on, it may not come until Apple and Google provide new technology later this month.

But the real challenge has been the fear that “Big Brother (is) watching over you with the app,” Hu said.

Brenda McPhail, director of the Privacy, Technology & Surveillance Project at the Canadian Civil Liberties Association is concerned whether “a system of data surveillance” is necessary or useful.

“There’s a great deal of hype and a lot of push for the idea,” McPhail said of tracing apps. “We are rapidly considering a wide range of measures that are rights infringing during this pandemic.”

The Alberta app collects phone numbers and total time spent with people who have come within two meters of each other for a total of 15 minutes in a 24-hour period, but it gathers no location data.

Alberta is running an ad campaign urging people to download the software.

Alberta is gradually restarting its economy, including opening up golf courses and some services. Hu, who previously helped run Alberta Health Services’ traditional tracing activities, has no doubts about the app.

“This app is literally going to save lives,” he said, adding there was “a direct connection between downloading the app and going back to restaurants and seeing your friends and family and traveling again.”