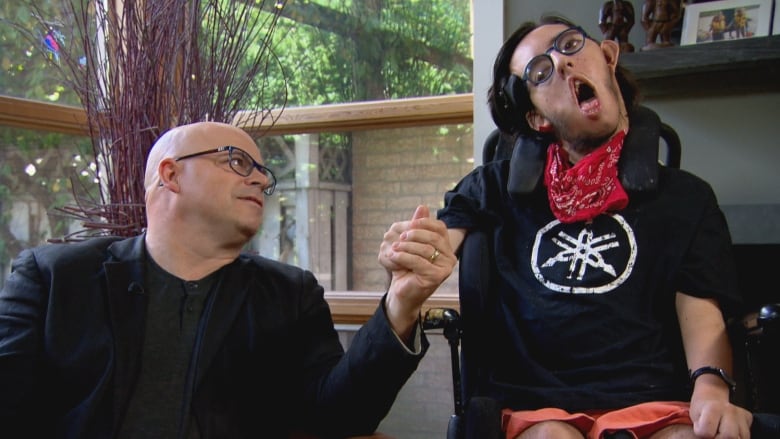 Mark Daprato’s son Deane has a form of cerebral palsy and throughout childhood and adolescence he benefited from many forms of therapy. But a lot of that dries up when people like him turn 21. Grant Linton CBC News

For most adults, their 21st birthday is an exciting time marking another step toward independence.

However, for Deane Daprato, the son of Mark Daprato and Ijeoma Ross, turning 21 in June meant he became completely dependent on their care 24/7.

Mark Daprato lists some of their parental duties as including “Bathing, toileting him and feeding him,” before adding jovially, “Oh, and being goofy with him and having lots of fun.”

Deane Daprato has spastic quadriplegia, a form of cerebral palsy, meaning he requires help with pretty much all his basic needs. For example, he needs to be fed through a tube.

“And he’s not in a motorized chair so if he needs to get from A to B he needs somebody to [push] him,” said Ross, who shoulders a lot of this daily responsibility as she has the more flexible work schedule of the two parents. 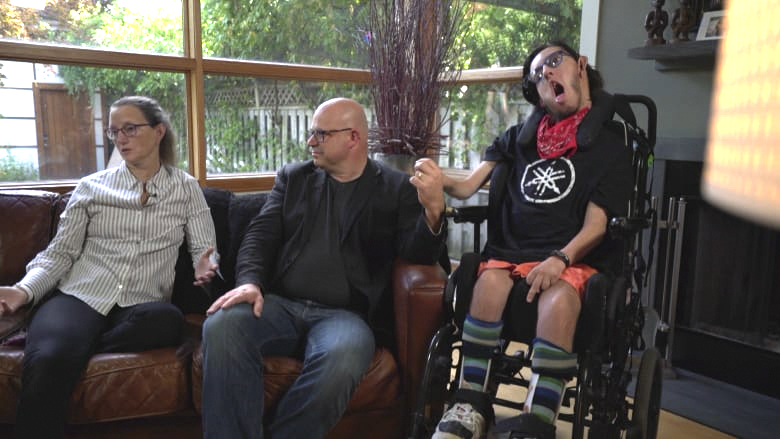 “I’ve got the most understanding boss in the world,” she explained.

Growing up, Deane used to have a whole team of support around him, including speech therapists, physiotherapists, special needs educators and other social supports.

But at 21, people like Deane “age out” of this system and after they leave high school, opportunities to further their social development dry up.

“It’s like we dropped off a cliff,” Mark told CBC News in a conversation about what they see as a gap in governmental support for adults with developmental disabilities.

Decades ago, people like Deane would often be institutionalized, but these “hospital schools,” as they were called, closed in the early 2000s when the shift to at-home support was implemented.

These days, families can apply for funding for their adult children through Developmental Services Ontario and the Ontario Disability Support Program (ODSP), which can help pay for support workers and respite care. 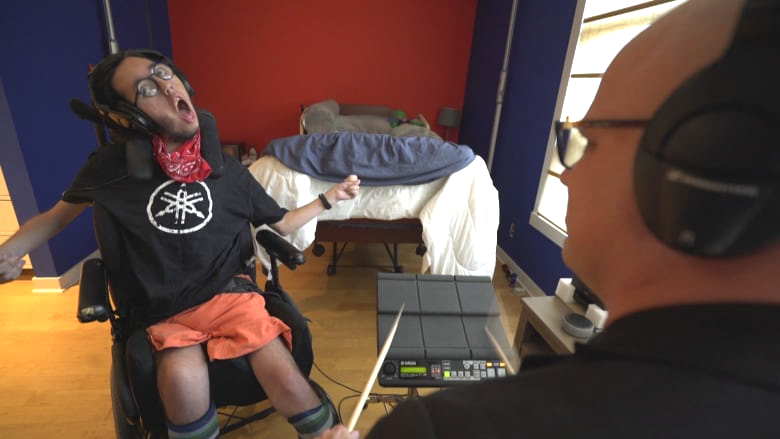 But with long wait lists and the baseline funding being just $5,000 a year, the Dapratos say the current care model hasn’t kept up with the need or the demand.

And they’re among the lucky families who can afford to pay out-of-pocket for additional support.

“What about a single parent working two jobs because that’s the situation they’re in? I don’t know how they can possibly get through this,” Daprato told CBC News.

Twice a week, Deane attends an adult day program at Steer Friends, which operates out of a church in Markham.

They do that by providing their 10 to 15 students with physical, music and pet therapy to continue their social development and by getting them out in the community so they can interact with people, which “is huge,” Hall-Fusco said.

Her family started Steer Friends two years after her sister Stephanie graduated high school at 21 and, like Deane, was stuck in the house at risk of regressing.

“it’s a broken system,” she said, and like the Dapratos, she would like the Ontario government to have another look at the care model.

Since Steer Friends is largely funded through donations and her family’s pocket, she’d like to see support in the form of provincial funding.

When asked whether the Ministry of Children, Community and Social Services would consider having another look at the support model, a spokesperson for Minister Todd Smith said in a statement, “Our government is focused on delivering on our key commitments to the people of Ontario.”

“We are constantly reviewing government programs, with a focus on improved delivery and better outcomes for all,” Christine Wood wrote.

Mark Daprato isn’t giving up on the system he feels gave up on his son. He’s hopeful for reform.

Also see
3-week wait for wheelchair repair shows system is ‘broken,’ says Toronto man CBC News
How this Caledon mother found a home for her daughter with a disability CBC News
How this sailing program is changing the lives of people with disabilities CBC News