Youth with special needs miss friends but also many services they receive at school. 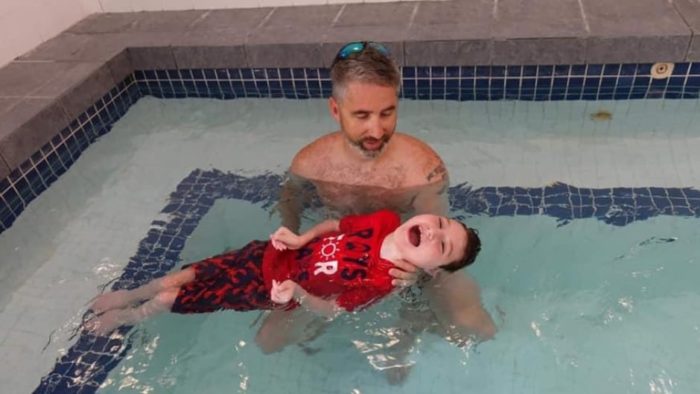 Working from home while supervising school work, calming kids’ nerves and keeping them entertained has been a real challenge for many parents during the COVID-19 pandemic.

It’s even harder for parents whose children have special needs.

Their children are missing out on many therapy sessions that for them, are essential.

Two families are sharing their experiences trying to help their children, who are non-verbal and cannot speak for themselves.

Christopher Craig lights up when he talks about his 11-year-old son Cameron, who has spastic quadriplegic cerebral palsy.

“He’s got a sense of humour… he can laugh half an hour straight, but when he’s cranky, he’s really off,” Craig said.

Everything has been really off for their family the past three weeks. They’ve been self-isolating as much as possible during the pandemic.

At school, Cameron has access to physiotherapy, occupational therapy, music therapy and massage therapy, but right now, he is missing out on all of it.

Cameron’s muscles are so tight, he’s often in pain. Craig says it’s difficult to open Cameron’s arms or stretch his leg out to change his diaper.

“Today Cammy did a lot of crying… it was a day full of frustrated tears.” 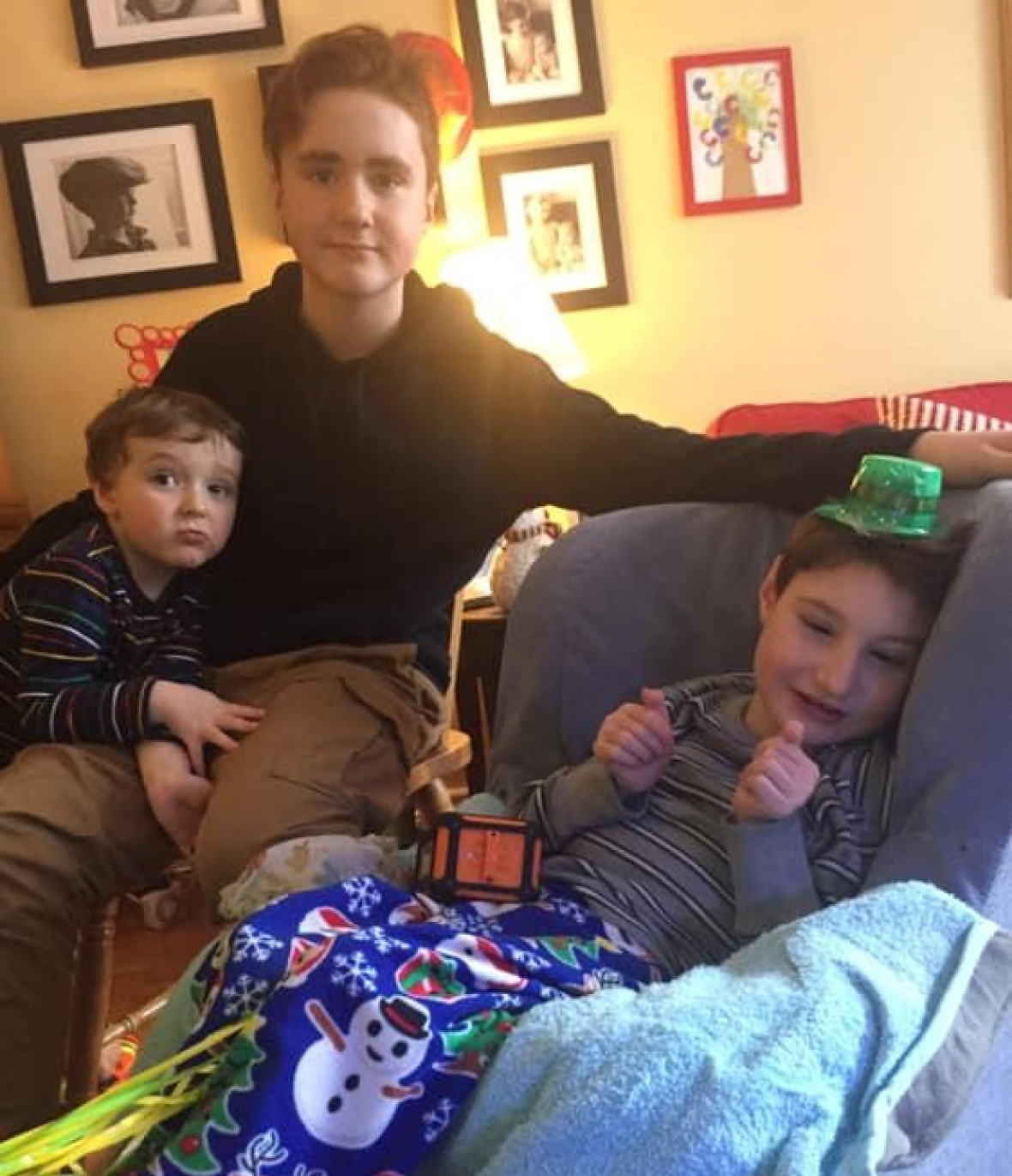 Craig and his wife, Jocelyne Armstrong, are doing their best to help Cameron move, but it takes a physical toll on them, causing shoulder and back pain.

They also have two other sons — 13-year-old Finnegan and 3-year-old Casey — who need time and attention as they adjust to life during a pandemic.

Everyone is happier when Cameron is happy, and music is a key to Cameron’s joy.

“He’s a huge fan of Dolly Parton. The one song on his music player since he was little is Coat of Many Colours,” Craig said.

Missing school, physio & other therapies is tough for 11 yr old Cameron, who has special needs. But look at the joy on his face when he listens to ⁦@DollyParton⁩!! More about Cameron’s life during the #COVIDー19 pandemic on ⁦@cbcdaybreak⁩ at 740am 88.5fm & online pic.twitter.com/J7uJ3VvgwI

“He absolutely loves her voice, so between the two of them, he’s pretty happy,” Craig said.

It’s in short supply and Craig’s blender wasn’t powerful enough to make it at home.

He figured a Vitamix blender would help, but they are expensive, he said. He’s been working two jobs since his wife left her job to take care of Cameron.

After hearing the interview, a Daybreak listener left a Vitamix on Craig’s porch.

Craig said he didn’t even see the man who dropped off the blender, but is overwhelmed by the gesture.

“I feel odd about it but incredibly thankful, it’s wonderful that we have this for Cammy,” he said.

Nancy St-Pierre’s 18-year-old daughter Veronica cannot speak, but these days when she goes to the front door, her mother knows what she’s trying to say.

“She will roll to the front door and play with the door handle like, ‘please, I want to go out,'” said St-Pierre.

Veronica has a genetic disorder called Angelman syndrome. She uses a wheelchair and experiences epileptic seizures every day.

With school closed, Veronica’s missing out on her occupational therapy, physiotherapy and speech therapy — but she misses people the most. People who have Angelman syndrome are often very sociable, St-Pierre said.

As a result, Veronica has been trying to join her mother’s video conference calls.

“She tries to grab my laptop and pull it to herself so she can see my colleagues closer up,” she said. 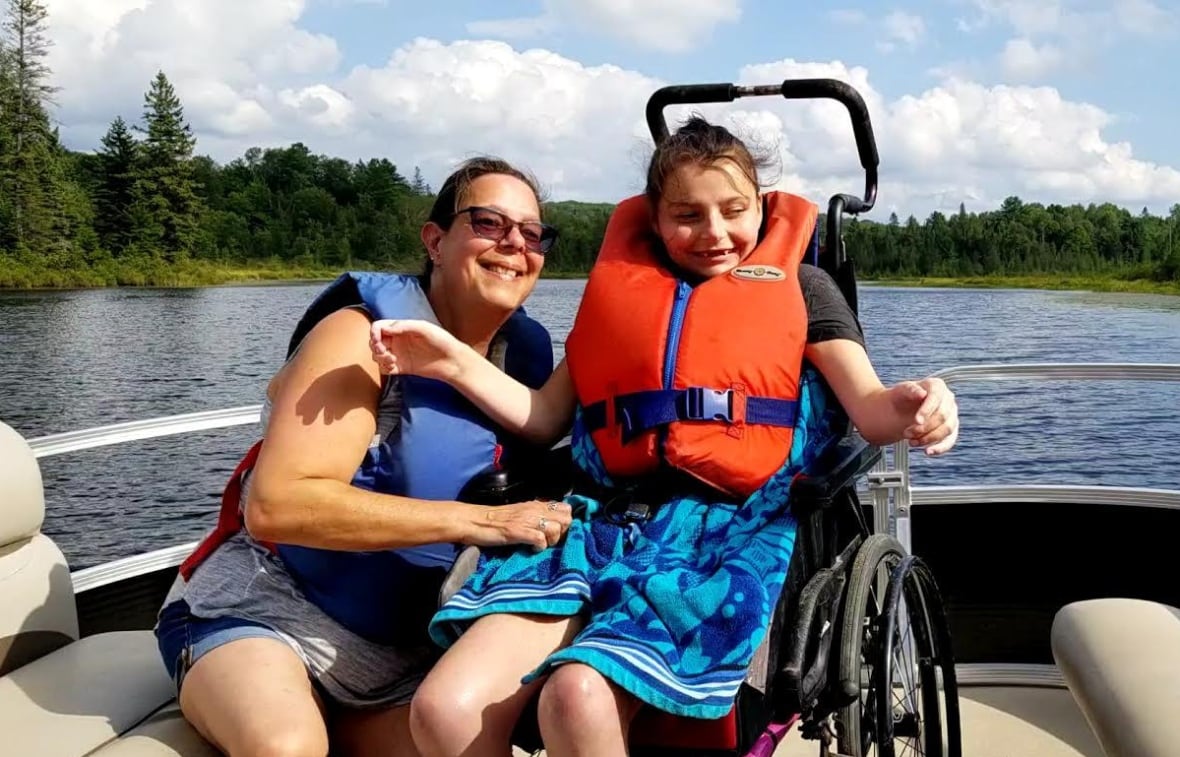 St-Pierre, a single mother, is trying to help Veronica as much as possible while working from home.

Veronica is excited that she still gets to see her caregiver — a CEGEP nursing student — who helps out 24 hours per week.

“She will feed my daughter, take her for walks, play with her,” St-Pierre said.

She receives money from chèque emploi-service, a provincial program that helps pay for about 15 hours of caregiving. But St-Pierre pays out of pocket for the extra help she needs while working from home.

“A bump in that would help [me] to get a break, or be able to work from home more focused,” she said.

Both Veronica and her mother are also missing the respite activities Veronica usually does with other youth on Saturdays.

But the biggest concern for St-Pierre is her fear of catching COVID-19, so she is taking self-isolation very seriously.

“All I think is, if I get sick, who would take care of my daughter?”

CPAA online programs in October 2021 – Register NOW
Create a 3D model of a person—from just a few seconds of video
I’m scared: parents of children with disability struggle to get the basics...
Parkinson's results beyond researchers' wildest dreams
Olympic athletes need precision, now they can have precision health
Join us as we Glow Green for World CP Day Oct 6, 2017