“Momma, you’ve gotta see this,” my 5-year-old son River says from the living room where he is playing Lego City Undercover on the Xbox. “I unlocked a wheelchair. It’s so cool.” As I roll into the room, I see his character, Chase McCain, quickly push down a street. “You’ve gotta try it,” he says. I grab a controller and join the game. Once I choose my wheelchair accent color (teal of course), we race each other up a hill. At the top, we go over a cliff, soar through the air, and land on the street below. “Wow. Let’s do that again,” says River. 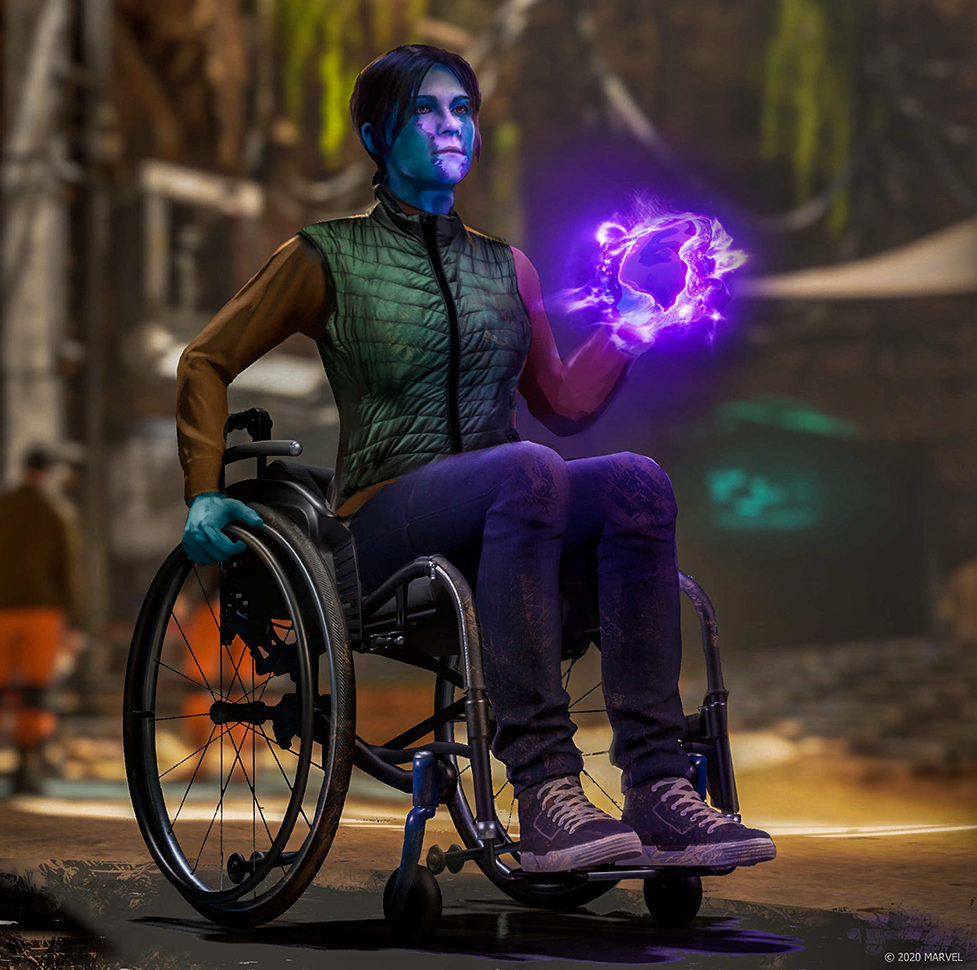 Because disability is rarely seen in entertainment and is often portrayed in stereotypes, I’m always surprised how meaningful it is when I feel represented. “The feeling of seeing even a glimpse of who you are in a positive light is profound,” says Cherry Thompson in You Can Take an Arrow to the Knee and Still be an Adventurer, a talk Thompson gave to the Game Developers Conference in 2019. “It’s a nudge that you are not alone, and more importantly, that you are welcome.”

In the 35-minute presentation, Thompson, an accessibility consultant who uses a wheelchair and is autistic, not only explores why disability representation is so powerful, but why the gaming industry keeps getting it wrong and how it can do better. “The lack of representation — or even worse, bad representation — can reinforce stigma,” Thompson says.

Steven Spohn is the chief operations officer of AbleGamers, a nonprofit that provides custom setups to people with disabilities, and has been playing video games since he was a child growing up with spinal muscular atrophy. Because he couldn’t play ball or swim, gaming was a way for him to connect with other kids. “Almost always the good guys are big, beautiful, bold, muscular, and the bad guys are disabled, disfigured and have something wrong with them,” says the 39-year-old. “They are always angry at the world, always mad about life, and therefore they are going to do this horrible thing, like blow up the world because they are disabled.”

Spohn, who received the South by Southwest (SXSW) Game Industry Champion of Change Award earlier this year, is optimistic, though, about the future of disability representation in video games. AbleGamers has a certification program that teaches video game developers how to design with accessibility in mind and consults on the way disabled characters are portrayed.

One of the promising upcoming games, Marvel’s Avengers — a third person action-adventure developed by Crystal Dynamics set to release on September 4, 2020 — also consulted with Thompson, who did motion capture for a wheelchair-using nonplayable character, Cerise.

“Our goal is to normalize representation within our game world by reflecting the diversity of the real world,” says Meagan Marie, the senior community and social media manager of Crystal Dynamics, in an interview with video game developer Square Enix. “There are scenes in Marvel’s Avengers, like the celebratory day for Avengers, A-Day, where this diversity is reflected in a crowd of people who are all sharing their passion for superheroes.”

Spohn’s favorite disabled video game character is Pharah from Overwatch, a popular shooter that features team-based combat matches set on a near future Earth. “Her background is vague, but her arms and legs have been replaced and she has a backpack for movement. She is essentially half-bionic. They don’t go into if she was in a trauma or born that way —they just say that her mind and body are agile and able, and that she needed some technology to enhance that. I am a fan of Iron Man and love that meching-yourself-up motif.” 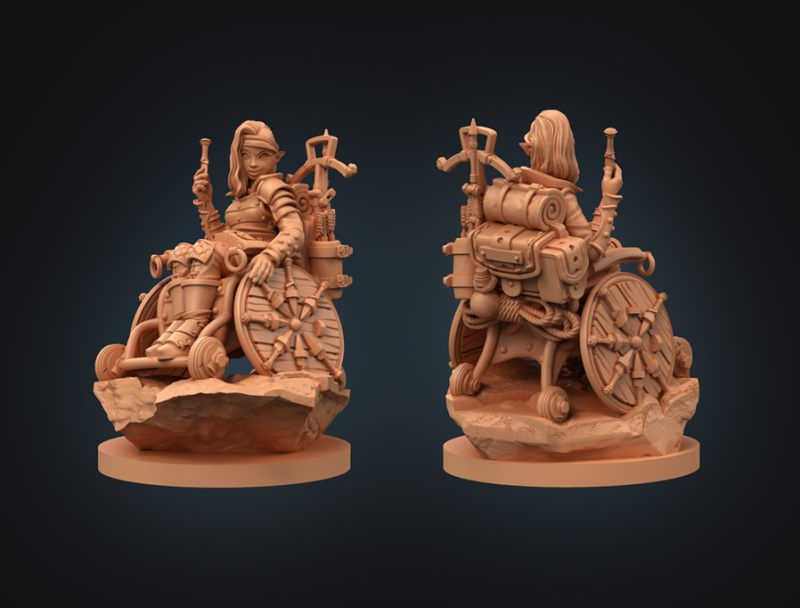 My personal favorite, and the one I’ve purchased, is the elf rogue. She looks nothing like me, but her sly little grin is all me. I love playing the sneaky rogue in RPGs. I bet her chair has a silence spell of some sort cast on it. Look at those dagger-lined wheels! That is one badass wheelchair user. Mike Fahey, Kotaku

John Warren, the head of media of Fanbyte, one of the largest digital media networks in the world focused on the fandoms of gaming, entertainment and tech, appreciates the quirky and humorous furniture-moving video game Moving Out, where every character has the customizable option of being in a wheelchair. “The feeling of having to move out of your house is a universal one and having a character that is in a wheelchair and basically acts the exact same way… I appreciate that,” says Warren, who has minicore myopathy, which causes muscle weakness.

Warren hopes to see more diversity in the way characters who use wheelchairs are portrayed in games. “Wheelchair users are not a one-size-fits-all category. You never really see them move their bodies in ways other than just arms push, neck turn, mouth move. There is such a wide spectrum… like wheelchair users who are partially ambulatory. I’d also like to see these characters do things realistic to wheelchair users, like drive or use a grabber to get stuff off a shelf — things that have a tactile, interactive element to it.”

“If I were going to advocate for a character,” says Spohn, “I’d like to see a single-player, story-driven narrative where a profoundly physically disabled character — not just missing part of one ear — has an entire romantic story arc and saves the day.”

My son and I recently started playing Animal Crossing: New Horizons on Nintendo Switch. In the game, there is a wheelchair. You can customize the seat color pattern, which is cool, but the wheelchair doesn’t move; it’s a piece of furniture. Hopefully Nintendo will address this in an update. As we know, a wheelchair isn’t something you are stuck in — it gives you freedom to explore the world.