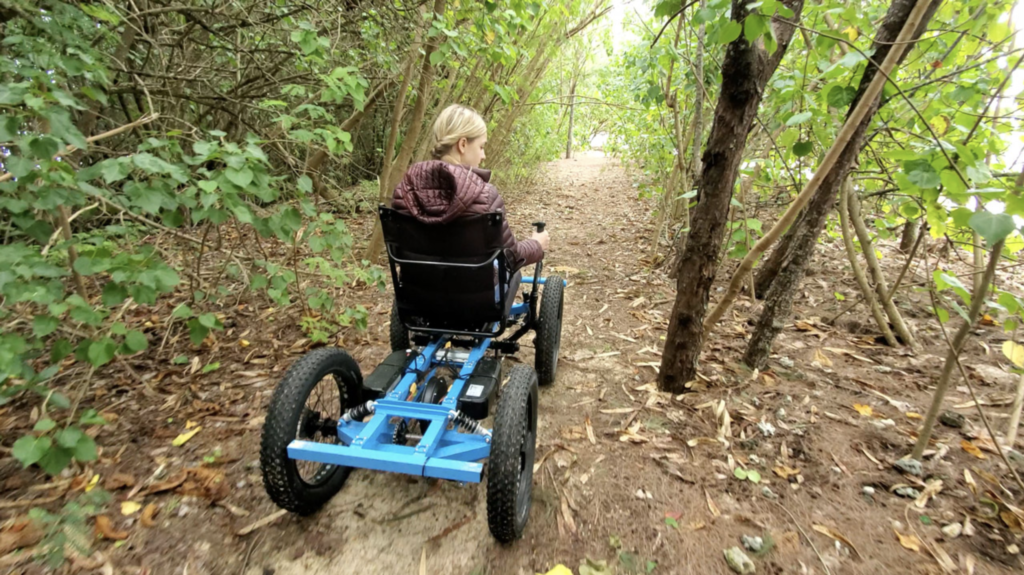 The Rig is constructed with an aluminum frame, detachable bumper, and four inch off road bike tires. We designed this fully electric, ‘off road wheelchair’ to be as easy to maintain and repair as possible. It’s made mostly with bicycle parts. Not a Wheelchair

People with lower limb paralysis generally don’t get to enjoy the great outdoors nearly as easily as other nature lovers. Wheelchairs aren’t designed to traverse rugged terrain and go on long treks, but a couple in Utah wanted to design something they themselves can use to see the world and their ideas have led to The Rig. 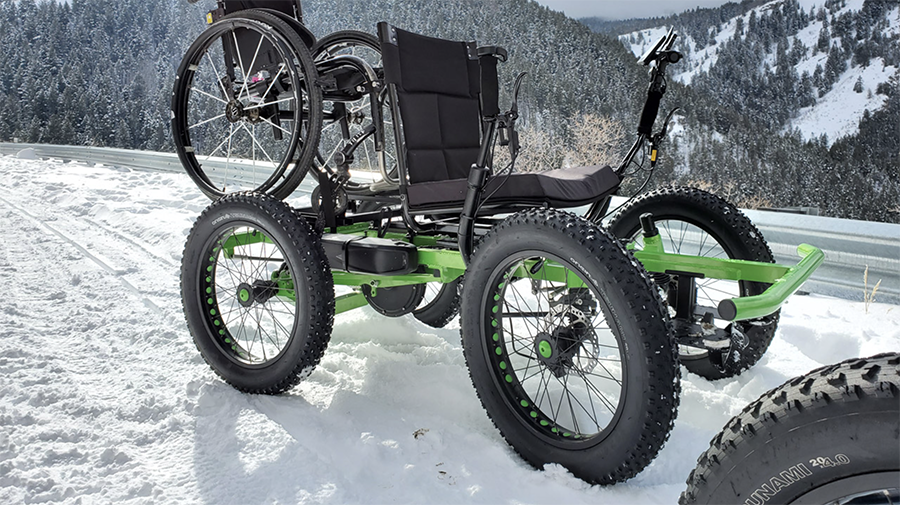 The Rig, also called Not a Wheelchair, is a four-wheeler that uses components from electric bicycles to power through all kinds of ground. Fat tires provide traction and they’re attached to a strong frame, via an optional suspension, that looks like it’s made for a small car.

Multiple electric bike batteries can be connected to The Rig to give it an extended range, which can probably be made as high as 100 miles.

The cost is around $5,000 if you’re looking to go offroading and servicing it in the future should be easy since nearly any bike shop will be able to repair it. The developers are careful to point out it’s not a medical device and should be considered as an electric bike.