‘It was done on the backs of disabled Albertans,’ opposition critic Marie Renaud says. 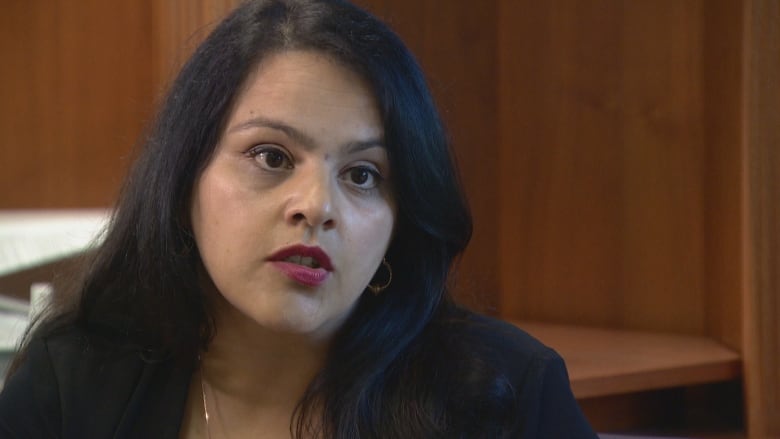 The Alberta government’s decision to change the date of payments for the Assured Income for the Severely Handicapped (AISH) and income support programs earlier this year was an attempt to make the 2019-20 balance sheet look more favourable, the province’s auditor general says.

The findings were published in a report from the Office of the Auditor General released last week.

The date change forced AISH recipients, who receive $1,685 a month, to make their February benefit last a few days longer until they received their next payment on March 1, leaving many with empty fridges, late fees for missed rent payments, and no money to buy bus passes in advance.

Jerry Bellikka, press secretary to Community and Social Services Minister Rajan Sawhney, issued a written statement to CBC News, calling the matter “a procedural accounting issue which has since been rectified.”

“We welcome the findings of the auditor general and have already made the necessary changes to our financial reporting,” he wrote.

“The report acknowledged there was no financial impact to AISH and Income Support clients and the payment date did not affect the amount of benefit entitlement provided during the fiscal year.”

“They were trying to make their financial position look positive and really it was done on the backs of disabled Albertans,” she said.

The report lays out the timeline of the decision, which was announced at the end of January and took effect on March 1.

According to the report, officials in Community and Social Services realized in November 2019 that the ministry was on track to go over budget for the 2019-20 fiscal year so they discussed ways to bring costs back in line.

One of the measures on the table was to move payment dates for AISH and income support from the 25th to 28th of the month to the first day of the subsequent month.

Alberta’s fiscal year ends on March 31. If the payment that is normally sent out the last week of March was moved to April 1, the ministry felt the expense could be recorded in the next fiscal year.

“By making this change, the department intended to defer $152 million in program expense costs that would have been recorded in March 2020 to fiscal 2020-21,” assistant auditor general Rob Driesen said last week.

Alberta’s consolidated financial statements were corrected in July to show the ministry was, in fact, $120 million over budget in the 2019-20 fiscal year.

The timeline further reveals shows the ministry didn’t properly consult with the Office of the Controller in Treasury Board and Finance before publicly announcing the new payment schedule.

Sawhney defended the date change repeatedly in the legislature in late February and early March, even when Renaud asked if they were adjusted to make her ministry’s finances look better.

“The reason for the date change was to provide consistency and predictability in the schedule, which certainly did not exist with the pre-existing schedule,” Sawhney told the house on March 4.

Renaud, who sits on the legislature’s public accounts committee, didn’t believe her. So she and committee chair Shannon Philips, the NDP MLA for Lethbridge West, wrote Auditor General Doug Wylie requesting he look into it.

Renaud was pleased to see the results in the auditor general’s latest report.

“They heard the concerns. They investigated,” Renaud said. “And I was very thankful that they included that in their update.”

The incident prompted the auditor general to recommend Treasury Board and Finance start reviewing and approving any significant accounting changes before they make their way into Alberta’s quarterly and annual financial reports.