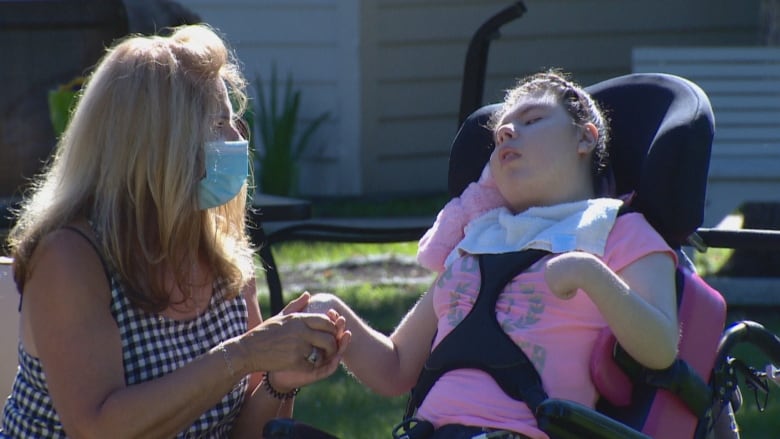 Brenda Waluk holds the hand of her granddaughter Taelyr in the back garden of Rosecrest Home in Edmonton during a visit last summer. Trevor Wilson CBC

Alberta government has decided not to go ahead with the proposed privatization of residential and respite services it operates for children and adults with disabilities and their families.

Rosecrest Home, which provides around-the-clock care for 17 children with severe disabilities; Hardisty, a home providing respite care for families, and Graduated Support Services in Calgary, will continue to be operated by the Government of Alberta.

The government plans to accept new admissions to Rosecrest, and allow parents to use the facility for respite. Hardisty will reopen when pandemic restrictions allow.

Brenda Waluk, whose granddaughter Taelyr lives at Rosecrest, said she and the other parents hadn’t met with Sawhney for months and expected to push her for an update on the review. Instead, Sawhney told them nothing was changing.

She also committed to meeting with parents each quarter.

“Tears were flowing,” Waluk said in an interview with CBC News. “Everybody can actually have a better sleep at night.”

Waluk is also relieved that the staff who care for Taelyr will continue to work at Rosecrest.

Sawhney said she came to the decision after considering what families and guardians said in a survey and looking at all the options.

“After reviewing the different financial and operational models, it became very clear that everything was being managed well, the residents were being cared for to great quality standards and making any changes would not be a good decision at all,” she said in an interview with CBC News.

The decision ends months of anxiety for families who learned the government was considering a plan to contract out to non-government community-service providers last summer. 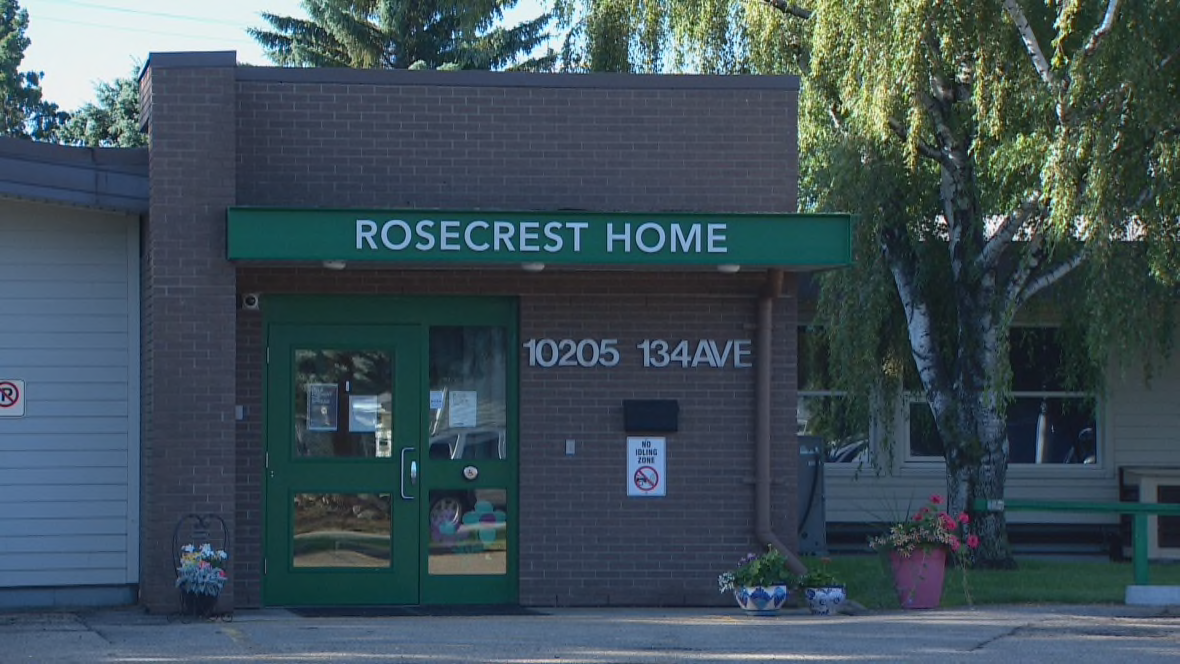 Rosecrest has a school onsite for residents to attend. Trevor Wilson CBC

The province put out a request for expressions of interest in July. Parents and guardians were sent a short survey about the proposed changes which raised concerns about a lack of rigour in the consultation process.

Sawhney said the results convinced her not to go ahead with the changes. Nearly every person who filled out the survey — 98 per cent — said they were happy with the current services, and 81 per cent said they opposed a move to a different provider.

St. Albert MLA Marie Renaud, the NDP critic for community and social services, said she was happy Sawhney decided to keep things as they are.

“I can be cynical and critical, but this was the right decision,” she said. “And so I’m happy that the minister actually listened.”

The government said 210 people use the services that were targeted for privatization.

The 339 staff at the facilities will continue to be represented by AUPE. Sawhney said there are no plans to cut positions.

AUPE vice-president Kevin Barry said Sawhney’s decision was great news. But, he said, the government put families through considerable stress and pain while the review was underway.

“Especially during a pandemic,” he said. “That really was unnecessary because they knew all along that these services were exactly what these folks needed and there was no need to put them through this.”

Barry said he was pleased the government decided to keep accepting new residents at Rosecrest. Children who can’t get in end up staying at the Stollery Childrens’ Hospital in Edmonton.

Waluk said the uncertainty weighed heavily on her and her daughter, Taelyr’s mother, as they were constantly discussing what they would do if Rosecrest was closed or privatized.

Now they are relieved Taelyr will get the same high level of care from the staff members who have looked after her for years.

“We can look forward to that continuing consistency and know that she’s going to be safe and healthy,” Waluk said.