Canadian researchers are the first to study how different patterns in the way older adults walk could more accurately diagnose different types of dementia and identify Alzheimer’s disease. 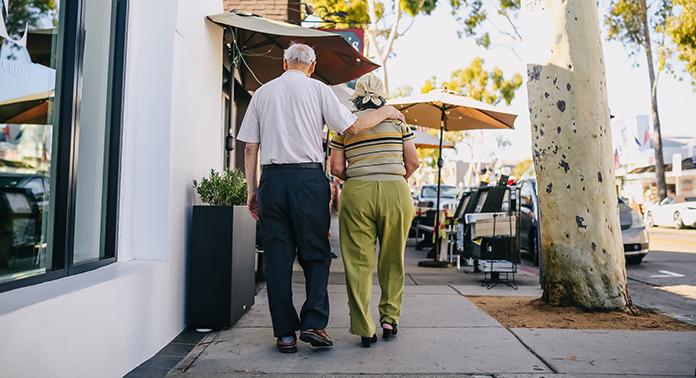 A new study by a Canadian research team, led by London researchers from Lawson Health Research Institute and Western University, evaluated the walking patterns and brain function of 500 participants currently enrolled in clinical trials. Their findings are published today in Alzheimer’s & Dementia: The Journal of the Alzheimer’s Association.

“We have longstanding evidence showing that cognitive problems, such as poor memory and executive dysfunction, can be predictors of dementia. Now, we’re seeing that motor performance, specifically the way you walk, can help diagnose different types of neurodegenerative conditions,” says Dr. Manuel Montero-Odasso, Scientist at Lawson and Professor at Western’s Schulich School of Medicine & Dentistry.

Dr. Montero-Odasso is world renowned for his research on the relationship between mobility and cognitive decline in aging. Leading the Mobility, Exercise and Cognition (MEC) team in London, he is pioneering novel diagnostic approaches and treatments to prevent and combat early dementia. 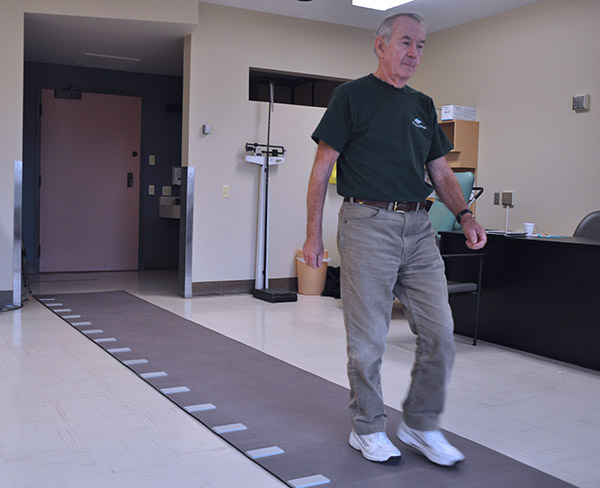 Gait assessment looks at the way in which we move our whole body from one point to another, helping to analyze mobility and the brain processes involved. Lawson Health Research Institute

Four independent gait patterns were identified: rhythm, pace, variability and postural control. Only high gait variability was associated with lower cognitive performance and it identified Alzheimer’s disease with 70 per cent accuracy. Gait variability means the stride-to-stride fluctuations in distance and timing that happen when we walk.

“This is the first strong evidence showing that gait variability is an important marker for processes happening in areas of the brain that are linked to both cognitive impairment and motor control,” notes Dr. Frederico Perruccini-Faria, Research Assistant at Lawson and Postdoctoral Associate at Western’s Schulich School of Medicine & Dentistry, who is first author on the paper.

“We’ve shown that high gait variability as a marker of this cognitive-cortical dysfunction can reliably identify Alzheimer’s disease compared to other neurodegenerative disorders.”

When cognitive-cortical dysfunction is happening, the person’s ability to perform multiple tasks at the same time is impacted, such as talking while walking or chopping vegetables while chatting with family.

Having gait variability as a motor marker for cognitive decline and different types of conditions could allow for gait assessment to be used as a clinical test, for example having patients use wearable technology. “We see gait variability being similar to an arrhythmia. Health care providers could measure it with patients in the clinic, similar to how we assess heart rhythm with electrocardiograms,” adds Dr. Montero-Odasso.

Dr. Montero-Odasso adds that this gait variability could be perceived as similar to an arrhythmia. Health care providers could potentially measure it in clinical settings, like how heart rhythm is assessed with electrocardiograms.