Nike’s new, first truly-hands free shoe, The Nike Go FlyEase, is a reality because in 2012 a teen with cerebral palsy didn’t want his classmates tying his shoes. Matthew Walzer, 16 at the time, wrote a letter to Nike outlining his needs for an easy-entry shoe and challenging the company to create a product line that worked for a wider range of bodies. 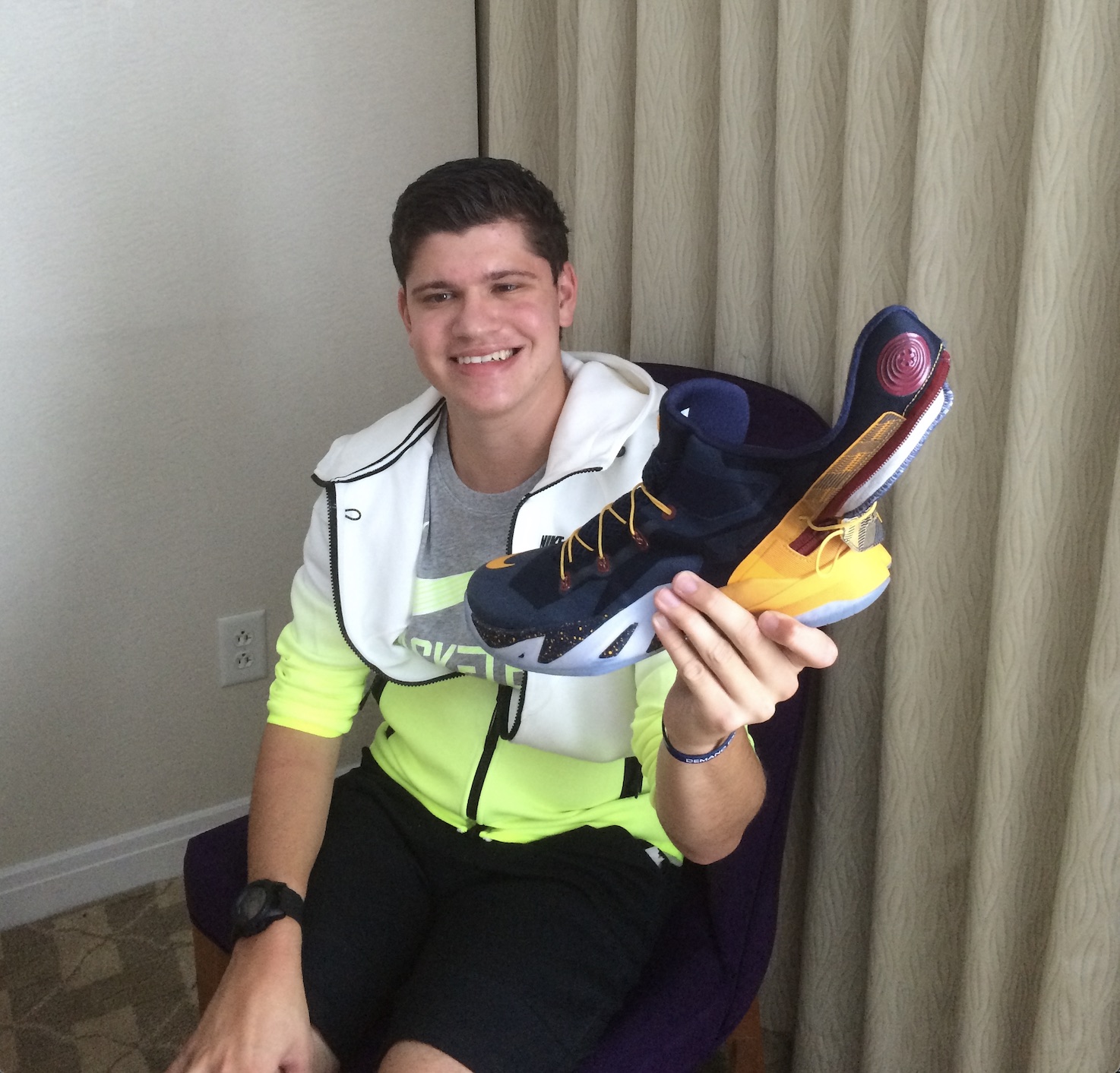 “If Nike would design and produce basketball and running shoes with moderate support and some kind of closure system that could be used by everyone, Nike could create a shoe line that attracts people that face the same physical challenges I did and still do, yet it could still be possible for anyone to wear them,” he wrote.

He posted his letter on his blog, Against All Odds, and it went viral. Ultimately it was shared with Nike, who got in touch and invited Walzer to help design what would become the first shoe in the FlyEase line.

“I talked with their designers and explained that aside from shoe-tying, I have a limited range of motion in both of my feet and I only have full dexterity in my left hand,” said Walzer. Hearing that, Nike sent him a modified basketball shoe with a zipper up the middle and a Velcro ankle strap.

“At 17, that was the first time in my life I put my shoes on independently,” he says.  “From there, many Skype conversations had me giving them feedback on those shoes and what could be improved, such as where more support was needed for pushing the shoe on and where the zipper was placed. Then, they presented me with this rear-entry concept, which evolved into the release of the original FlyEase.”

With the upcoming release of the Go Flyease, Nike plans to take that easy-entry concept even further. The first-of-its-kind shoe is basically split right down the middle and held together by a tension band that hides a hinge. The hinge stands both sides of the shoe up like the slanted sides of a triangle and once you step or push your foot into the back of the shoe, the pressure of your foot snaps both sides of the shoe securely around your ankle.

The system should work well for a wide range of people with disabilities, from those who have dexterity and range-of-motion issues like Walzer, to people with quadriplegia who are tired of trying to jam their feet into a shoe with the laces already tied. That kind of universal functionality is exactly what Walzer had in mind when he first wrote to Nike. “I was giving them feedback in hopes that they would design accessible shoes for everyone. Yes, I wanted to have shoes to go away to college, but in the grand scheme of things, it was always about everybody else.”

The FlyEase line now features everything from basketball shoes to running trainers to soccer cleats and more, and the line comes in both adult and kid sizes. Walzer takes pride in knowing the spirit and intention of his concept continues to evolve into the future. “As people with disabilities we’ve always had to adapt to our environment, but FlyEase is an example of that environment finally adapting to what we need and listening to what we want.”