Taking home three healthy daughters born three months early at C.S. Mott Children’s Hospital in March 2016 was a gift as it was, but after two of the three girls were diagnosed with plagiocephaly, a flattening of the head, a few months later, their parents Victoria and Kody Buursma were grateful for yet another gift: a helmet therapy invented at the University of Michigan.

The triplets, now 2, known around town in Gaylord and found @triplethefun on Instagram, where their big bows and smiles are documented, “are now just normal kids,” their father Kody Buursma said. No more photos of them wearing helmets, only hair accessories. 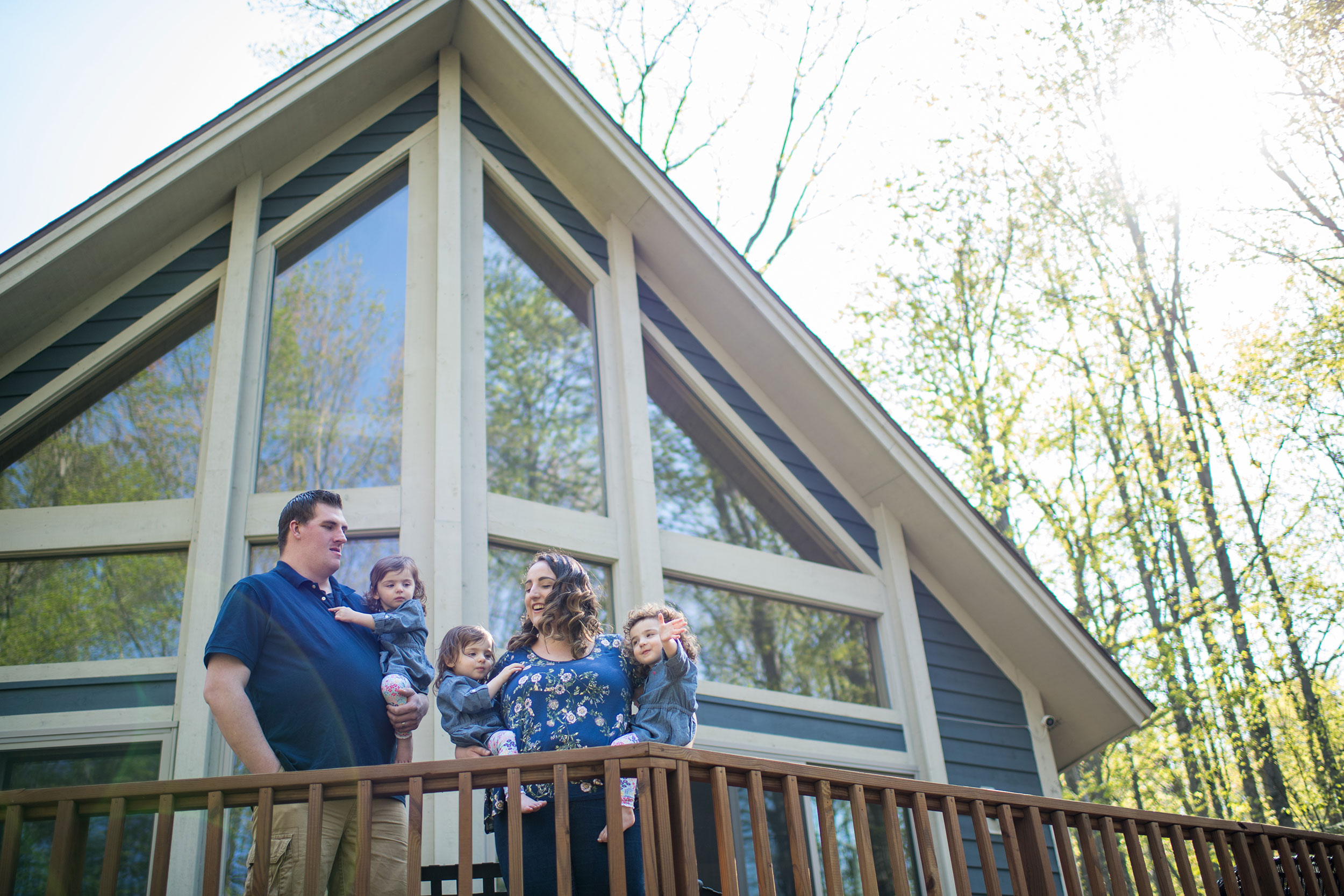 Josephine (“Josie”) and Rosalie (“Rosie”) spent nearly 24 hours a day wearing helmets for about 2 months and “when they came off, I got super emotional,” said their mom, Victoria. “It was so nice to see their hair again.” Sister Eleanor (“Ellie”) didn’t require a helmet. Not wanting to be left out, she often demanded her sisters’ helmets, adorned in stickers, printed with the girls’ names.

While Josie and Rosie graduated from their U-M-born helmets, many more babies go into them each day.

The University of Michigan Orthotics and Prosthetics Center fits 200-250 babies each year for the helmets it designed in 2001, the same style worn by the Buursmas. The helmets, which are adjustable to grow with babies’ heads, thanks to the orthotics team’s bivalve design, have a 95-percent success rate correcting plagiocephaly. They are distributed around the country and also manufactured for infants in Japan. 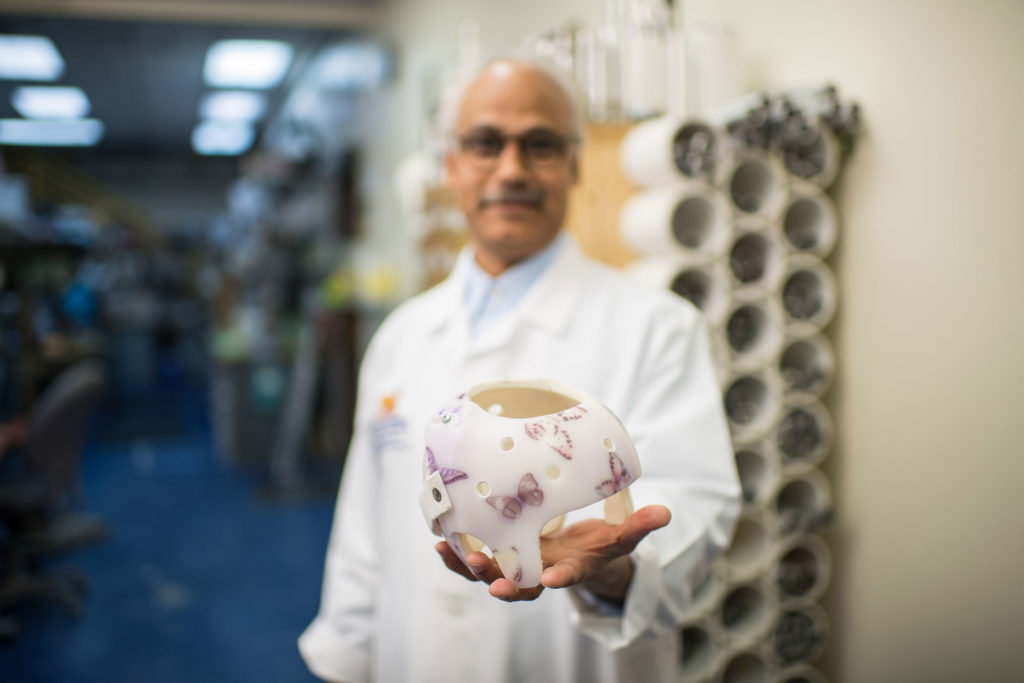 The cranium-shaping helmet therapy has become more common as families have heeded advice to put babies to sleep on their backs as a way to avoid Sudden Infant Death Syndrome. While SIDS deaths have declined, head flattening has increased.

For Josie and Rosie, who are identical and shared the same placenta, crowded conditions in utero likely contributed to their plagiocephaly. Eleanor developed in her own placental sack.

Ammanath Peethambaran, an orthotist at the U-M Orthotics and Prosthetics Center, headed the team that designed a better helmet 17 years ago. The goal was to improve on old-style helmets that came in only one size. 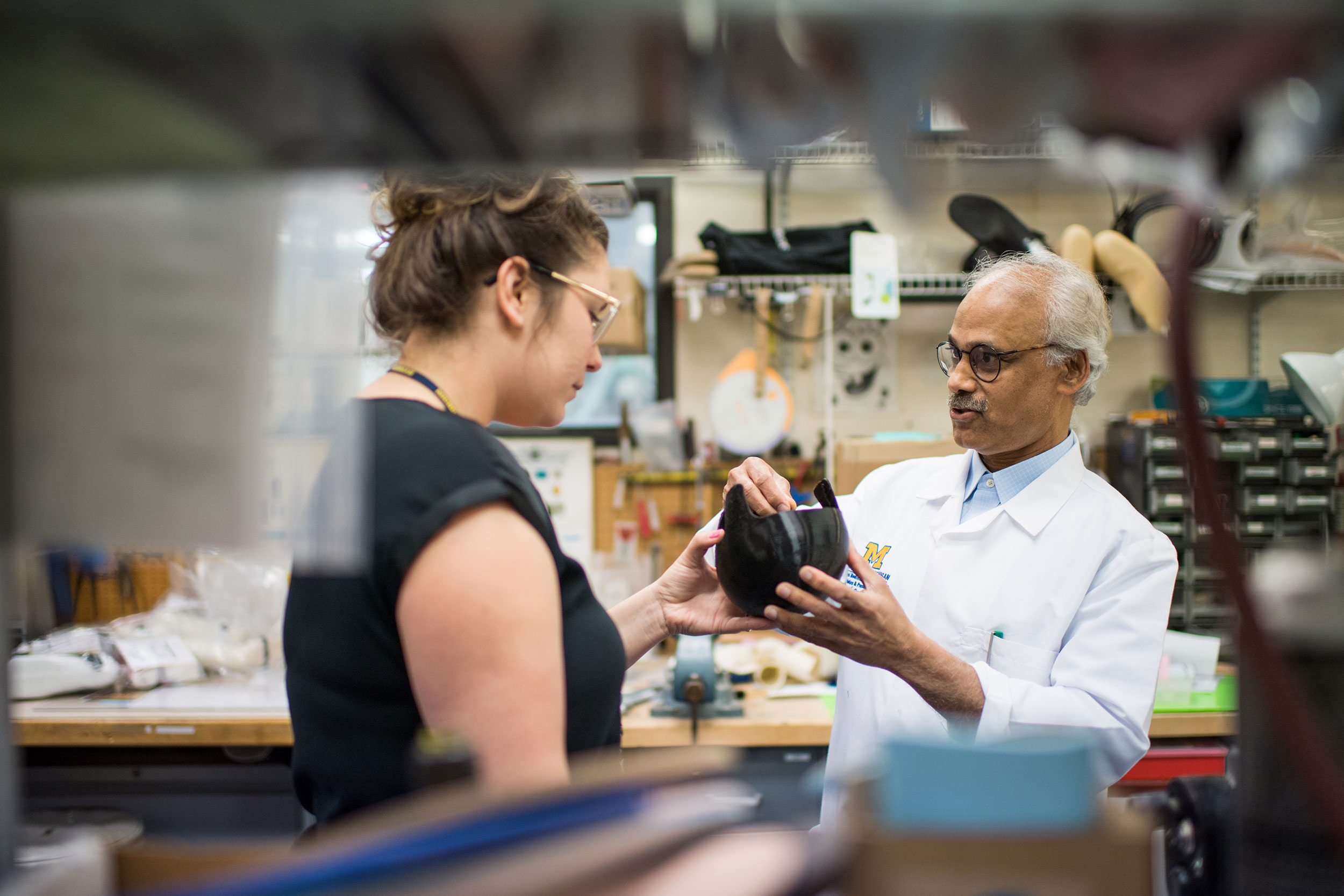 The lack of adjustability meant infants needed to be fitted multiple times as they grew, and parents, often, had to pay for 2-3 helmets, before treatment was complete. The doctors and orthotists also wanted a lighter-weight, lower-profile helmet, he said.

“The physicians and the parents all embraced the design,” Peethambaran said. “It’s very economical and fits very well so that no more than one helmet is needed for the whole treatment time.”

The team is now in the process of another update, a 3-D model that can reduce the cost and be more quickly reproduced, he said.

Before the redesign at U-M, there was a lack of cranial shaping treatment options, said Steven Buchman, director of the Craniofacial Anomalies Program at the U-M Medical Center.

Once physicians and surgeons began collaborating with orthotists on a new helmet therapy, art and science came together to form a better treatment option, he said.

The work filled a void. 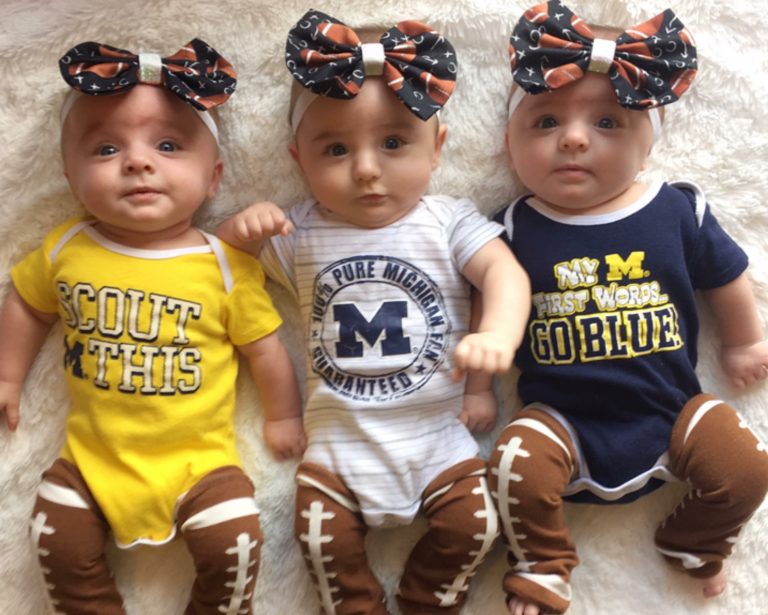 “There really weren’t a lot of orthotic groups around the state that even did it very well. I found it to be really important for us in plastic and craniofacial surgery to use our orthotic group to tackle this problem,” he said. “They have just done a wonderful job since that time. They’re one of the more experienced groups in Michigan and across the nation for positional head deformities and orthotics in helmets.

The triplets’ parents had no inkling of the history of the design or of U-M’s depth of knowledge in head orthotics for the condition that affected Rosie and Josie.

“Luckily, there were those options,” Victoria Buursma said. “Being born three months early, I obviously had a lot of concerns about them. Seeing their helmets taken off, seeing it had been corrected, it was a good feeling knowing it was one less thing I had to worry about.”