Many barriers make securing support difficult — and the pandemic has made it worse. 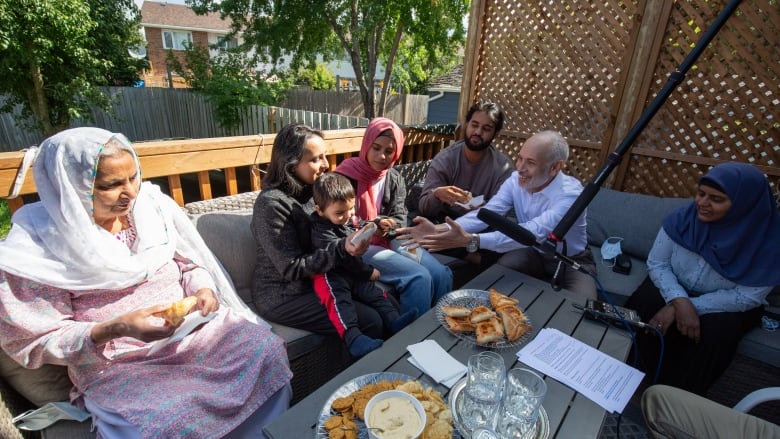 Rabia Khedr wonders whether her younger brother Farrukh may still be alive today, if there were better supports available for patients with disabilities when he was admitted to hospital in October 2020.

“Our brother was 43 years old. He was non-verbal, [with] significant developmental disabilities,” Khedr told Dr. Brian Goldman, host of White Coat, Black Art and The Dose.

Because of restrictions brought on by the COVID-19 pandemic, Farrukh’s family members weren’t able to be there with him to better explain his needs to staff.

“He went into the hospital for a surgical procedure and because he did not have anybody there advocating for him, there are a lot of small mishaps that we believe ultimately deteriorated his health.”

Farruk was discharged from, and readmitted to, the hospital several times in the following month. He died on Nov. 27, 2020 after going into cardiac arrest.

Khedr, the national director of the advocacy group Disability Without Poverty, is calling for better supports for people with disabilities from the federal political parties during this election.

“We had some very significant promises made by the previous government, and we hope that whoever gets elected on Sept. 20 will commit to those promises and honour them,” she said. 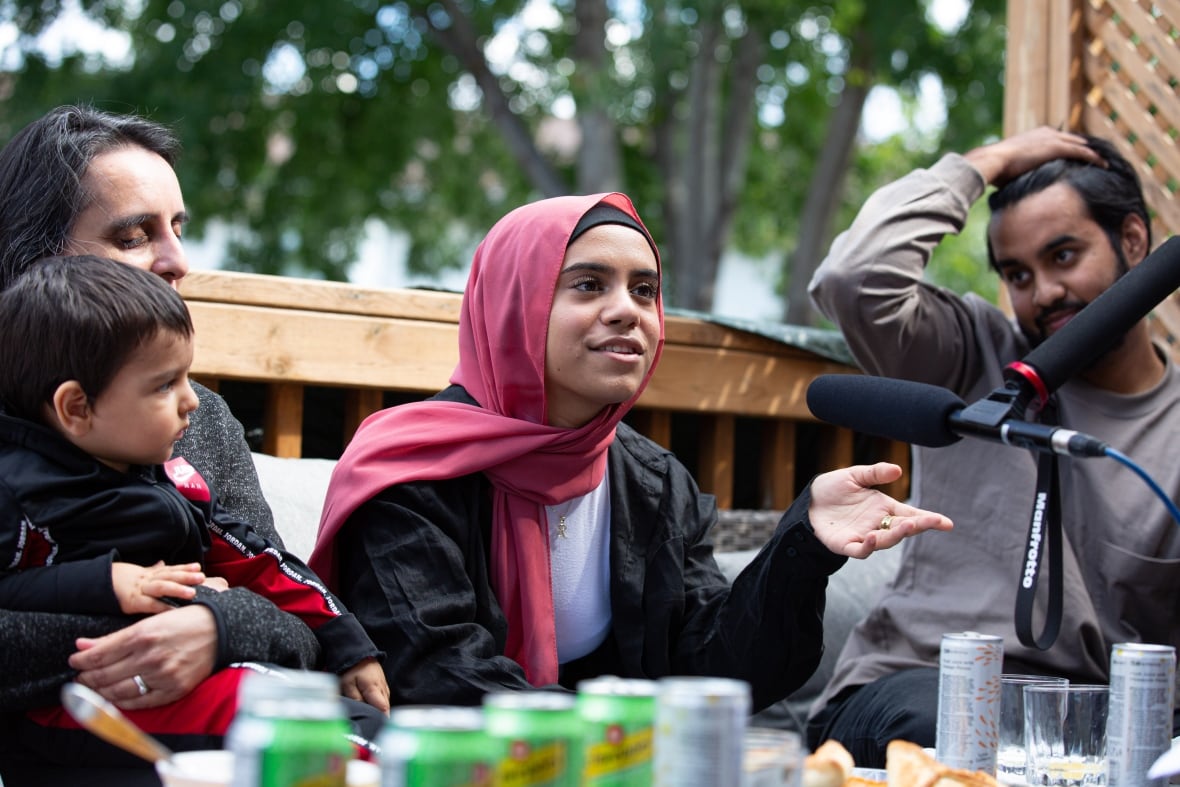 Khedr was born with an eye condition called Leber congenital amaurosis. While she says she had “some functional vision” when she was young, it gradually deteriorated. Now, at 51, she “bluntly” describes herself as fully blind.

Her sister, Uzma Khan, is visually impaired, and their surviving brother, Shah, lives in a long-term care home with a severe intellectual disability.

The complex and sometimes contradictory ways that disabilities are defined in Canada’s health-care system means that Khedr was often unable to access government supports that she says would have helped her — and many others.

“My vision loss will get categorized as a physical disability sometimes, when it’s convenient, and sometimes [as] sensory,” she said.

“I did not have adequate supports to reach my full potential, as far as I’m concerned.”

In spite of the challenges, however, she managed to chart out a full life, with a job, partner and family.

But Khedr says many people with disabilities are isolated, and most don’t have adequate employment, so they need a stronger support system.

Khan, who has two young children, including one just starting kindergarten, says a number of programs offer nurturing assistance workers to people with some forms of physical disabilities, but not loss of vision. 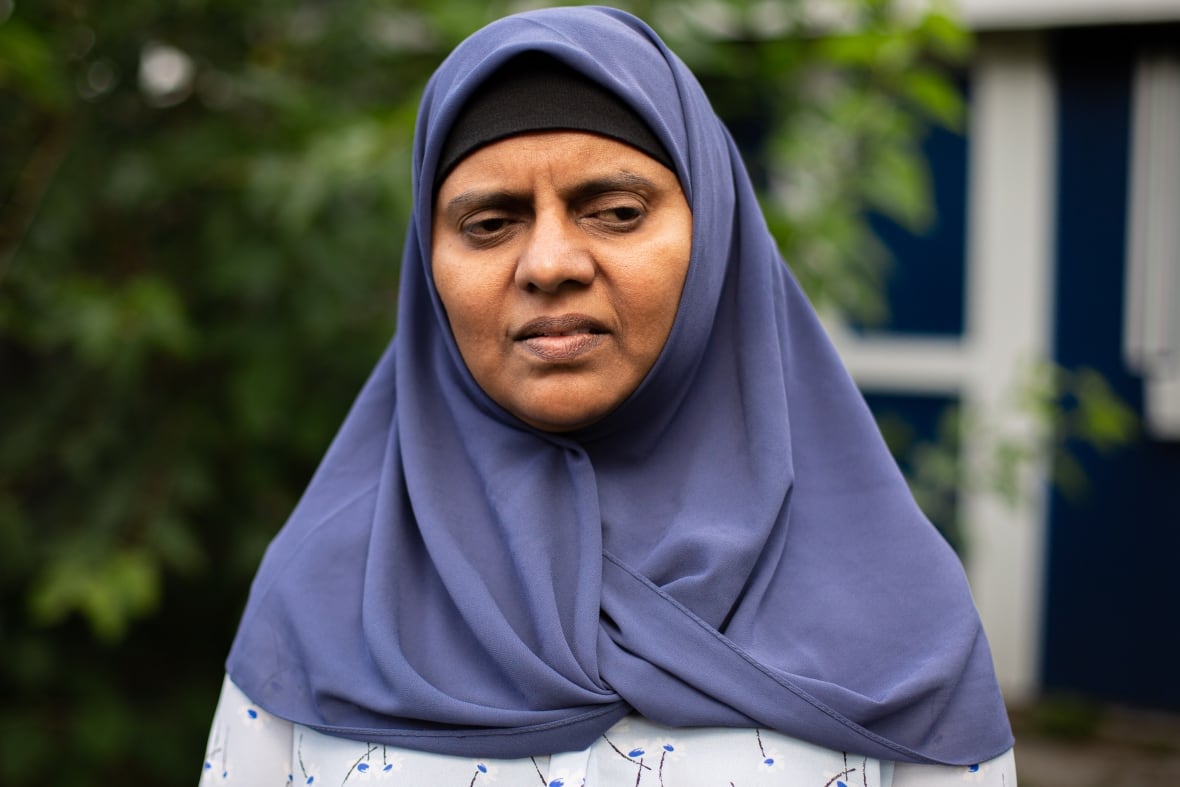 Rabia Khedr, who is visually impaired, talks about the challenges faced by people with disabilities during the pandemic. CBC

That support would “help [my son] read and write and colour, and all that type of work that involves a lot of visual activity that I might not be able to support him with,” she said.

Khedr says it’s been a boon that her family members live close by; her parents live two doors down from her home in Mississauga, Ont., and Khan is just a couple blocks away. But she notes that many people with disabilities don’t have the luxury of that kind of close-knit support system.

“In the federal government alone, there are seven different definitions of disability that we’ve been able to find,” she explained, including sensory disabilities, physical disabilities and others. Which category someone’s disability falls under will determine which types of supports you do — or do not — qualify for. 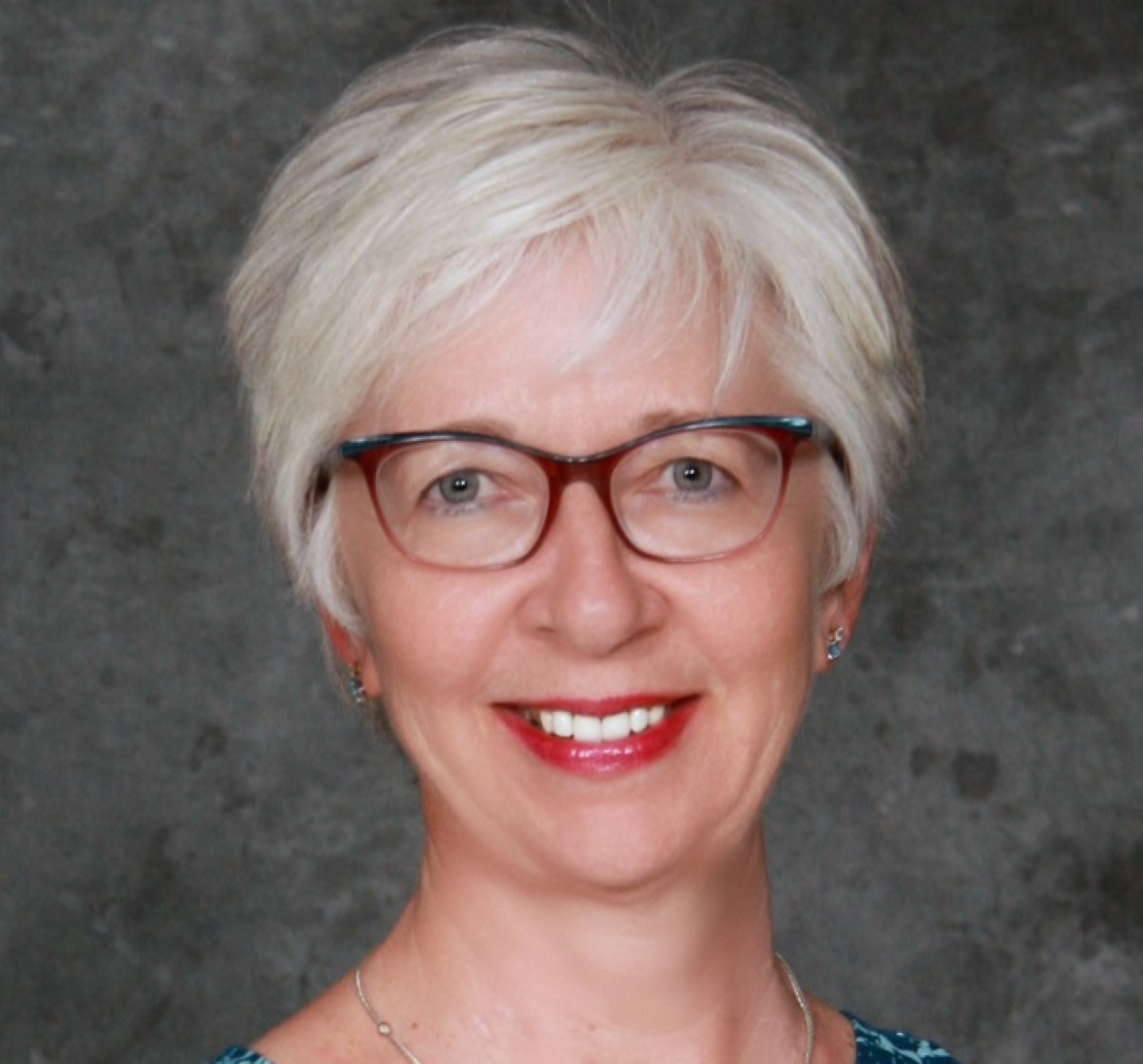 McColl said there has been some momentum in political action for people with disabilities, but there’s still more to do.

She pointed to a number of recent initiatives, including the Accessible Canada Act, which came into effect in 2019; and the Disability Inclusion Action Plan, though it was shelved thanks to the election call.

The Disability Inclusion Action Plan includes a proposed national disability benefit, which would establish a monthly payment to people whose disabilities have prevented them from working and earning income to their fullest potential.

The Liberal party says it will reintroduce the bill if re-elected into government. The Conservatives say they will double the disability supplement, which exists as part of the Canada Workers Benefit, from $713 to $1,500.

The NDP’s platform says it will “immediately” work to implement a new national disability benefit, while criticizing the previous Liberal government for not doing so sooner.

The Greens have proposed creating a new Canada Disabilities Act that it says would eliminate “the current confusion resulting from the multiplicity of acts, standards, policies and programs that prevail.” 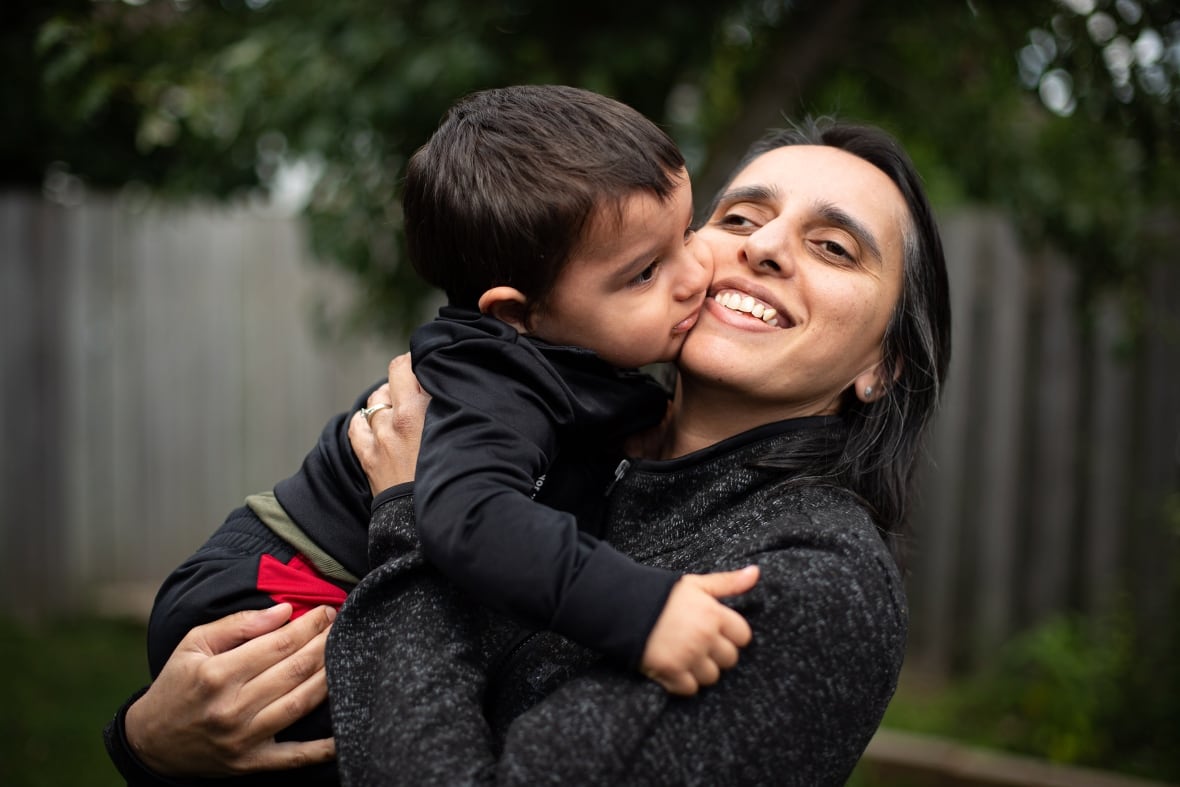 According to the 2017 Canadian Survey on Disability, more than six million Canadians over the age of 15 identify as having a disability. But in an Angus Reid poll conducted in August, two-thirds of Canadians with a disability feel the question of how to best support them isn’t getting enough attention during the federal election campaign.

In that same survey, a third of the respondents with or without a disability said they didn’t know which party’s policies would best help people with disabilities.

The online survey included a sample of 2,085 Canadian adult members of the Angus Reid Forum, and was conducted in partnership with the Rick Hansen Foundation.

CBC cannot accurately calculate a margin of error for methodologies with online surveys. For comparison purposes only, a probability sample of the same size would yield a margin of error of +/-2.5 per cent, 19 times out of 20.

As the COVID-19 pandemic has put incredible pressures on the health-care system, marginalized communities, such as people with disabilities, often feel squeezed out even more.

Khedr felt this as much as anyone, with the loss of her brother last November.

As personal care workers were forced to reduce the number of homes they could enter to help stop the spread of COVID-19, that usually meant they left people with disabilities behind in favour of clients who could pay higher rates, said Khedr. 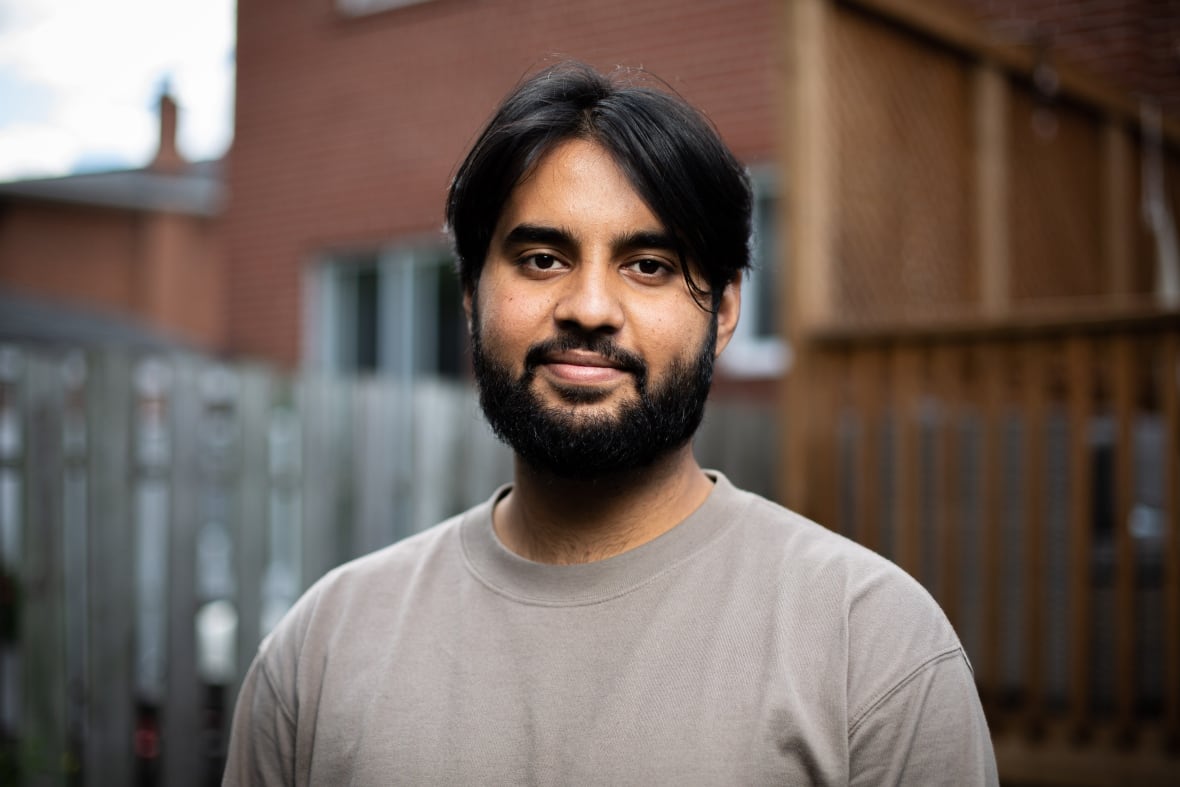 Yusef Khedr, Rabia’s son, says he’s keenly aware that as his parents and grandparents get older, they will increasingly rely on him for either physical or financial support. Andrew Nguyen CBC

People with disabilities and their families can face even greater barriers to care if they come from a marginalized community — whether that pertains to race, gender or other facets of one’s identity.

“If you’re a woman from a racialized community with a disability, you’re looking at triple layers of barriers to employment, health care, education, etc.,” said Khan.

Khedr says “individualized funding” is the best solution to help people with disabilities and their own families and support circles, who know what they need, rather than a labyrinthine system that cannot adequately serve different people’s complex and unique situations.

“When you put the power in the hands of people to purchase their own services, you give them the money they need to buy services. That’s the most effective way to best meet people’s unique needs,” she said. 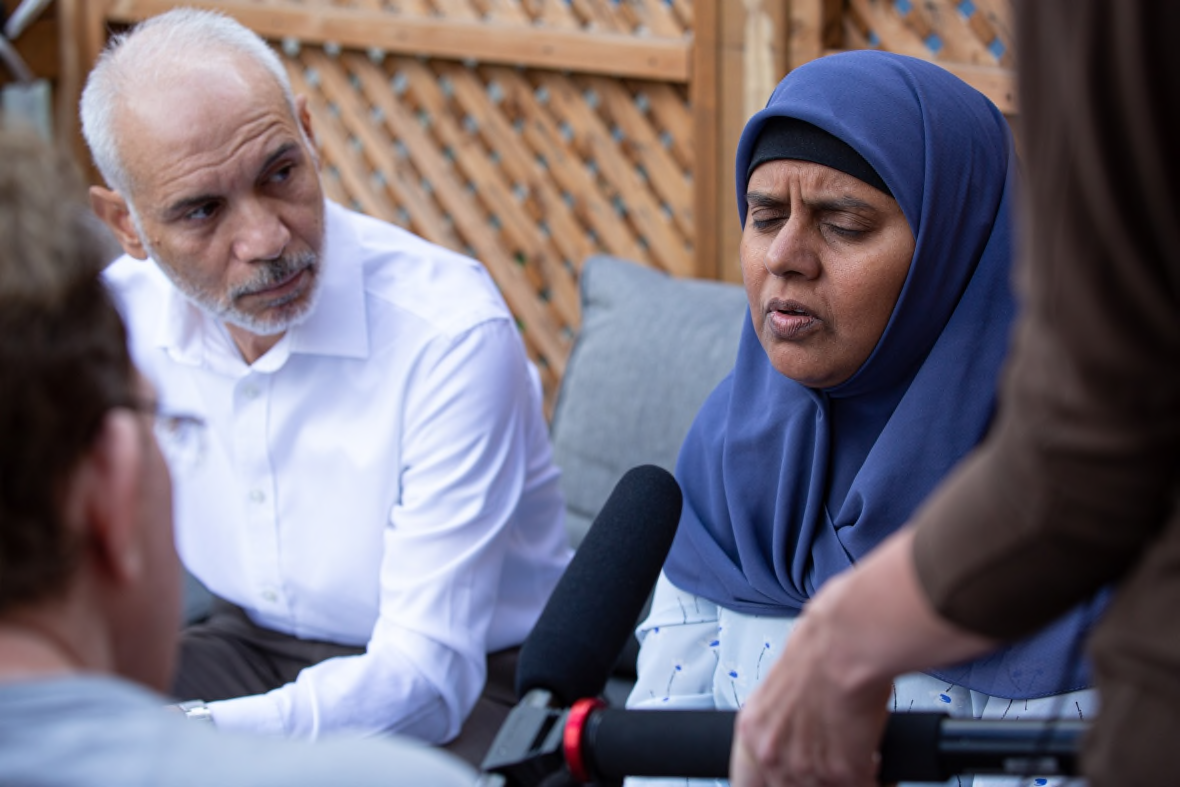 Khedr and her husband talk to White Coat, Black Art about the gaps in the health-care system when it comes to people with disabilities. Andrew Nguyen CBC

Her group, Disability Without Poverty, aims to bring together disability advocates across the country to build a unified voice so those in power can hear them. And to the Khedr family, there’s no more critical time for that voice to be heard than during an election.

They are in favour of the next government implementing a national disability benefit — regardless of which party holds the reins.

“We’re ready to do the work that’s needed to bring about the change that all people with disabilities in this country need — and we need government to work with us,” said Khedr.