Using physical therapy combined with a noninvasive method of stimulating nerve cells in the spinal cord, University of Washington researchers helped six Seattle area participants regain some hand and arm mobility. That increased mobility lasted at least three to six months after treatment had ended. The research team published these findings Jan. 5 in the journal IEEE Transactions on Neural Systems and Rehabilitation Engineering.

Almost 18,000 Americans experience traumatic spinal cord injuries every year. Many of these people are unable to use their hands and arms and can’t do everyday tasks such as eating, grooming or drinking water without help.

“We use our hands for everything — eating, brushing our teeth, buttoning a shirt. Spinal cord injury patients rate regaining hand function as the absolute first priority for treatment. It is five to six times more important than anything else that they ask for help on,” said lead author Dr. Fatma Inanici, a UW senior postdoctoral researcher in electrical and computer engineering who completed this research as a doctoral student of rehabilitation medicine in the UW School of Medicine.

“At the beginning of our study,” Inanici said, “I didn’t expect such an immediate response starting from the very first stimulation session. As a rehabilitation physician, my experience was that there was always a limit to how much people would recover. But now it looks like that’s changing. It’s so rewarding to see these results.” After a spinal cord injury, many patients do physical therapy to help them attempt to regain mobility. Recently, a series of studies have shown that implanting a stimulator to deliver electric current to a damaged spinal cord could help paralyzed patients walk again.

The UW team, composed of researchers from the Center for Neurotechnology, combined stimulation with standard physical therapy exercises, but the stimulation doesn’t require surgery. Instead, it involves small patches that stick to a participant’s skin like a Band-Aid. These patches are placed around the injured area on the back of the neck where they deliver electrical pulses.

The researchers recruited six people with chronic spinal cord injuries. All participants had been injured for at least a year and a half. Some participants couldn’t wiggle their fingers or thumbs while others had some mobility at the beginning of the study.

To explore the viability of using the skin-surface stimulation method, the researchers designed a five-month training program. For the first month, the researchers monitored participants’ baseline limb movements each week. Then for the second month, the team put participants through intensive physical therapy training, three times a week for two hours at a time. For the third month, participants continued physical therapy training but with stimulation added.

“We turned on the device, but they continued doing the exact same exercises they did the previous month, progressing to slightly more difficult versions if they improved,” Inanici said. 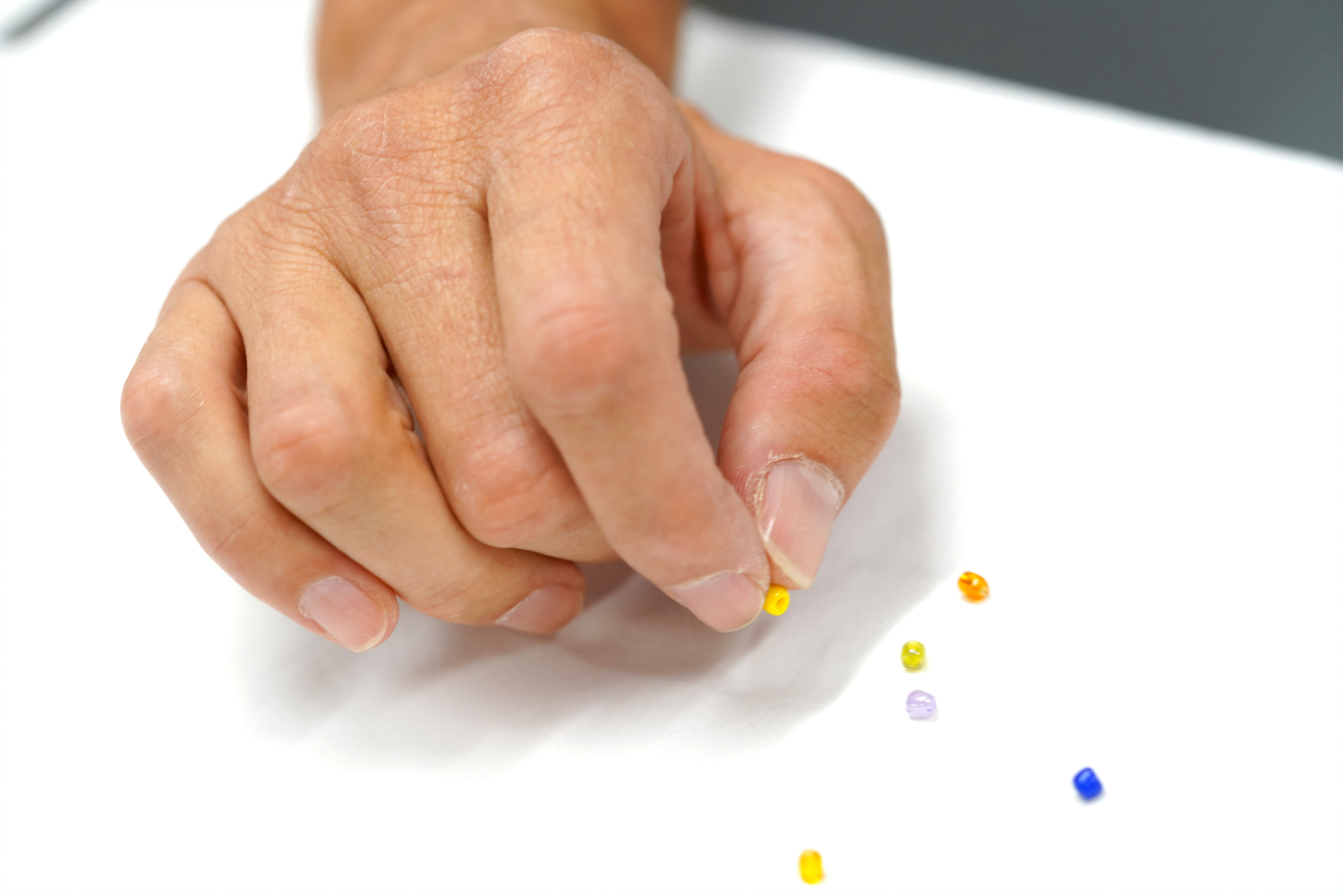 While some participants regained some hand function during training alone, all six saw improvements when stimulation was combined with training.

“Both people who had no hand movement at the beginning of the study started moving their hands again during stimulation, and were able to produce a measurable force between their fingers and thumb,” said senior author Chet Moritz, a UW associate professor of electrical and computer engineering, rehabilitation medicine and physiology and biophysics. “That’s a dramatic change, to go from being completely paralyzed below the wrists down to moving your hands at will.” Transcutaneous stimulation in the Moritz Lab at the University of Washington. Matt Hagen

In addition, some participants noticed other improvements, including a more normal heart rate and better regulation of body temperature and bladder function.

The team followed up with participants for up to six months after training and found that these improvements remained, despite no more stimulation.

“We think these stimulators bring the nerves that make your muscles contract very close to being active. They don’t actually cause the muscle to move, but they get it ready to move. It’s primed, like the sprinter at the start of a race,” said Moritz, who is also the co-director of the Center for Neurotechnology. “Then when someone with a spinal cord injury wants to move, the few connections that might have been spared around the injury are enough to cause those muscles to contract.”

The research is moving toward helping people in the clinic. The results of this study have already informed the design of an international multi-site clinical trial that will be co-led by Moritz. One of the lead sites will be at the UW.

“We’re seeing a common theme across universities — stimulating the spinal cord electrically is making people better,” said Moritz, who also holds the CJ and Elizabeth Hwang professorship in electrical and computer engineering. “But it does take motivation. The stimulator helps you do the exercises, and the exercises help you get stronger, but the improvements are incremental. Over time, however, they add up into something that’s really astounding.”

Lorie Brighton, a research scientist at the UW; Soshi Samejima, a UW doctoral student in rehabilitation medicine; and Dr. Christoph Hofstetter, an associate professor of neurological surgery in the UW School of Medicine, are co-authors on this paper. This research was funded by the Center for Neurotechnology, the Washington State Spinal Cord Injury Consortium and the Christopher and Dana Reeve Foundation.

Sports and exercise injuries
Two-thirds of Albertans with developmental disabilities unemployed
Cycling fundraiser for cerebral palsy emboldens and strengthens those who ...
Dynamic compression bracing for pectus carinatum
Is running bad for your knees?
Life Without Limits Challenge 2017