TD Pilot is an eye-controlled communication device for iPad. Designed to empower people with conditions such as ALS/MND, spinal cord injury or cerebral palsy to communicate and use their favourite apps, this iPadOS-based speech generating device features the world’s leading eye tracker. 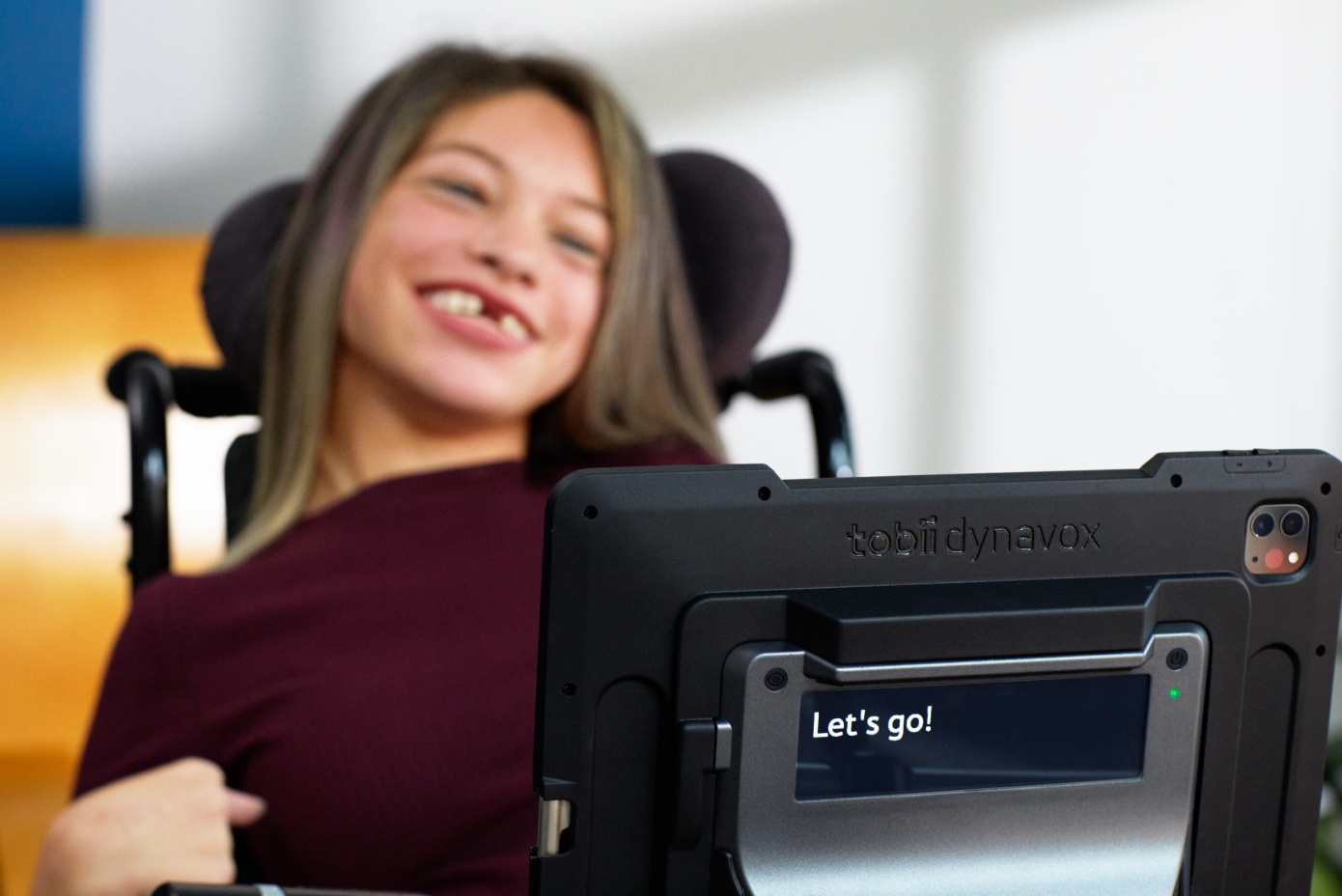 The TD Pilot package includes an iPad tablet, eye-tracking hardware, and a bunch of apps to get users communicating, playing and learning. Tobii Dynavox

Tobii is bringing its eye-tracking tech to the iPad with TD Pilot, a case meant to turn Apple’s tablet into a powerful all-in-one tool for people with physical impairments.

Equipped with TD Pilot, users can launch and use apps, type quickly and speak with a synthetic voice using nothing but their gaze.

iPadOS 15 brought native integration of eye-tracking hardware to these popular devices, and Tobii is probably the most familiar name in that space. I’ve checked out plenty of their devices, both all-in-one slates and standalone peripherals for PCs, and they’ve always worked very well. But because of limitations on Apple’s side, eye-tracking has primarily been on Windows machines. I wouldn’t mind, myself, but some people prefer iOS and will now have the same access opportunity on that platform.

TD Pilot is a large case that includes the eye-tracking gear up front (which is actually remarkably small — a little strip with cameras built in), and behind is not only a set of stereo speakers but a small screen for displaying text. So the device’s user can communicate via text or audio, sending either though Tobii’s own TD Talk text-to-speech app or another of their choice. (Not just speech — they can be the DJ too if they want).

The device comes with access to the rest of Tobii’s little suite of apps as well, for configuration, symbol-based communication and all the rest.

“It is medically certified, and has been certified to meet Apple performance standards,” said Tobii Dynavox CEO Fredrik Ruben. “With that, users know that they can rely on market-leading technology that will continue to be updated and supported, and they can avoid insecure ‘one-time hacks’ that may be developed for popular technologies.” This is no doubt a thinly veiled reference to other eye-tracking solutions for earlier versions of the OS that didn’t support the feature natively.

Tobii’s eye-tracking devices can be purchased by anyone, but they’re often, as the company explained, prescribed by a person’s doctor or therapist as part of a larger set of solutions catering to their individual needs. As such, it is frequently covered by insurance, but of course your mileage may vary. I asked for a specific cost but Tobii did not provide one.

Hopefully for those who would be most empowered by an eye-tracking solution, however, insurance or other methods will suffice to equip them with this useful gadget. It’s shipping today, so no need to wait. You can see it in action below: